Community is big in Marshallese culture, which affects how people from the islands view adoption. 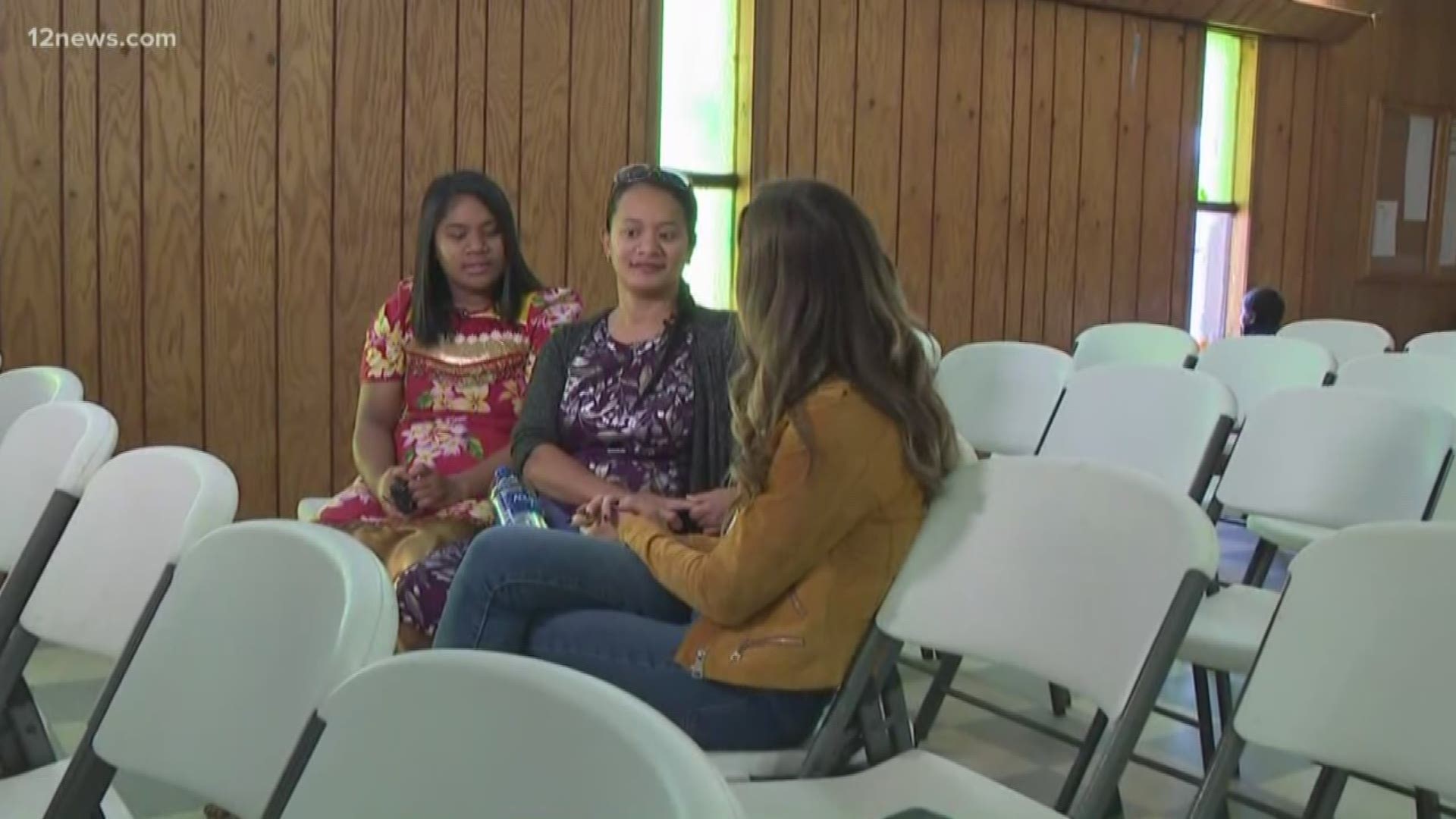 He faces 19 federal charges there. Arkansas is one of three states where Petersen is charged for allegedly running an illegal international adoption scheme.

Prosecutors say the scheme is centered around pregnant women from the Marshall Islands. Northwest Arkansas is home to the largest population of Marshallese people outside of the islands, and 12 News spent time in the community ahead of Petersen’s arraignment.

To the Marshallese, nothing is more important to them than their families and community.

“They still make me feel like I’m in the Marshall Islands with all of the Marshallese people here,” Sulynn Ralpho said alongside her daughter, Joy.

Ralpho came to the United States in 1995 for the same reason most do, for opportunities.

But leaving wasn’t easy. That’s why this region, which has nearly 15,000 Marshallese people, feels like home to many.

“You never see, like, a homeless Marshallese person,” Joy Ralpho said, discussing bond and attitude shared between the people from the islands. “You want everyone to feel open and we love to sing a lot.”

Not uncommon here is music echoing from Marshallese churches and neither are grocery stores that cater to Marshallese cooking.

That’s where we met Aliyah Brown, whose mother came to the United States from the Marshall Islands many years ago. She says echoes the Ralpho’s thoughts on Northwest Arkansas.

“It’s like a home away from home,” Brown said. “We have our people here and we support each other in our community and we have a lot of Marshallese traditional events and gather together.”

The idea of community in Northwest Arkansas among the Marshallese is not isolated to just religion and food but is also how most Marshallese people view adoption.

In the Marshall Islands, adoptions are open.

“It’s very normal that we give our child to a sister to adopt back in our country, back home,” Sulynn Ralpho said.

“Say back home if my aunt wanted me and my mom was okay with it, it’s open adoption,” Joy Ralpho said. “They get to keep the child but it’s still open adoption, it’s not closed off.”

While the Ralphos didn’t know the more than 20 women allegedly exploited by Paul Petersen, they fear the women didn’t understand what was happening, as birth parents will usually maintain relationships with children after giving them up for adoption in the Marshall Islands and after the child turned 18, he or she would return.

When asked what the Ralphos wanted Arizonans to know about the Marshallese community, their answers were simple.

“We are loving and caring,” Sulynn Ralpho said. “We always welcome people and we are a very laid-back people.”