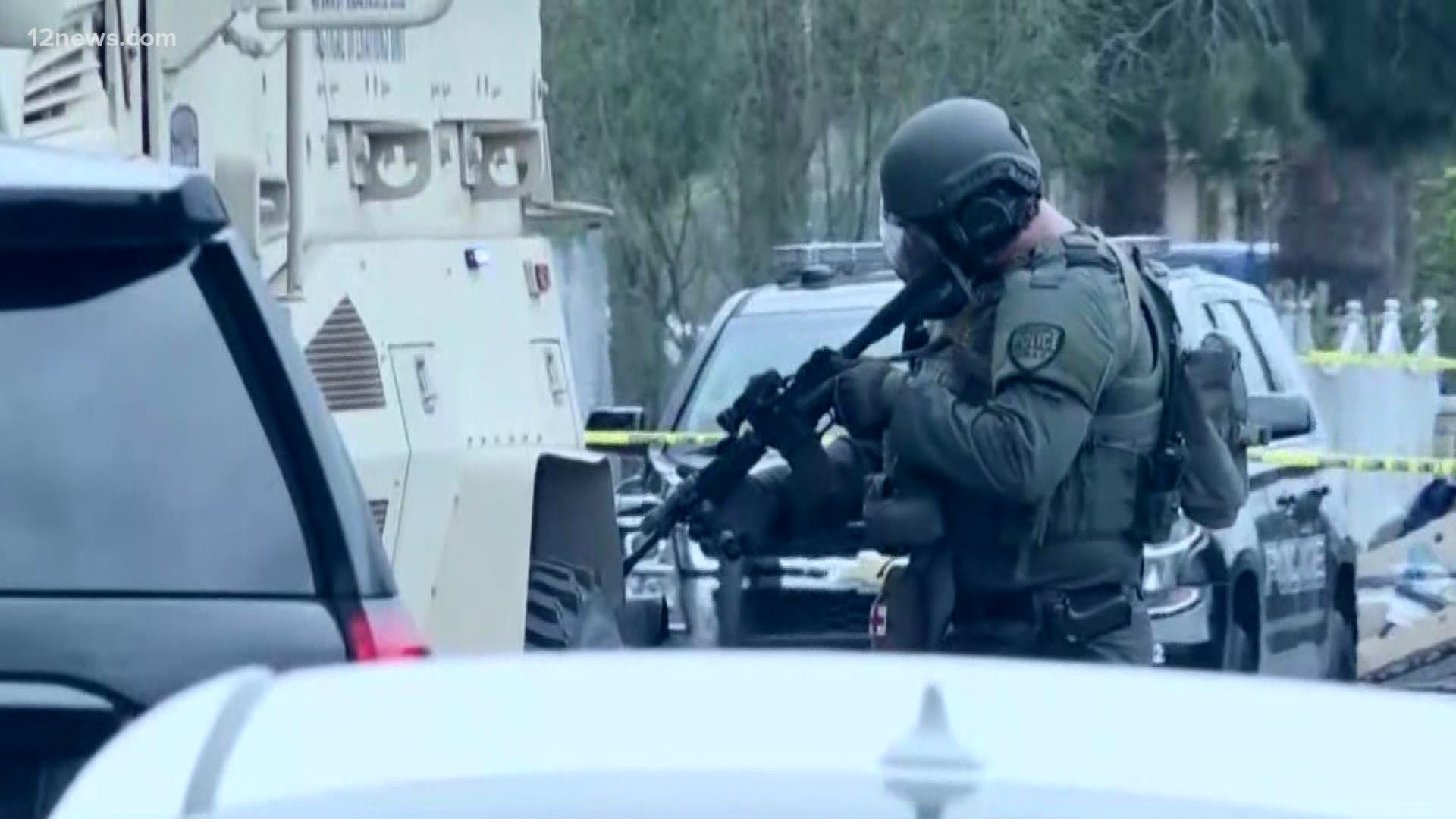 GOODYEAR, Pa. — This story contains references to allegations of sexual assault and may be disturbing. You can find a list of resources at the bottom of this page.

The current and former employees were interviewed by detectives from the Chandler Police Department.

"I literally thought that I was gonna die," said Jamie Cole in an interview with the I-Team.

Cole told Chandler investigators that she was blindfolded and handcuffed.

“And then when he took me into his bathroom and he started putting my head under the water when I was still handcuffed I thought okay I’m really gonna drown like he is gonna kill me," Cole said.

Chandler police did not recommend charges against Pacello, citing a lack of evidence due in part to Cole’s delayed disclosure. Cole said the assault occurred in 2017, but did not report it to Chandler police until 2020.

Still, the Chandler detective's investigation showed a clear interest in understanding the the tactics Cole described were used against her. Chandler police asked a former SWAT operator at Goodyear about how SWAT recruits were trained.

'Probably if HR saw this they'd put a kibosh on that'

"You don't talk about 'Hell Day,'" said the former Goodyear PD officer and SWAT operator. “I’ll probably get a lot of (expletive) or more people will hate me because I’m saying it, but whatever.”

The former officer, whose name was redacted in Chandler police reports described 'Hell Day' in detail.

"You get handcuffed. You get a black mask thrown over your head. You get your gun taken from you," he said.

"Hell Day" is a controversial initiation day for Goodyear Police Department's part-time SWAT team, and not a formal term used by the department, according to the current chief of police, Santiago Rodriquez.

"Goodyear has one of the hardest tests, if not the hardest, in the entire state," the former officer said. “Just talking with other SWAT guys, I just, people are like, 'Damn that seems a little extreme and intense.'"

"I've just heard rumors from originals like yeah we wanted to do it. Like we wanted to have a test specifically to weed people out," the former officer said.

“Probably if HR saw this they’d put a kibosh on that. How it lasted so long I have no clue."

Goodyear's Police Chief Santiago Rodriguez sat down with the I-Team to discuss the department's SWAT policy.

"It is one of the most rigorous testing that you'll probably find in any police department across the nation," Chief Rodriguez said.

Rodriguez disputed the name "Hell Day." He said the SWAT selection day has been going on for years. He said recruits are given a medical evaluation before the day begins.

“We're using scenario based assessing training tools to assess the best and most professional people to be on our SWAT team, which deal with the worst of the worst in the community," Rodriguez said.

'How does anybody make it out of there alive?'

The former Goodyear officer interviewed by Chandler detectives said after going through days of physical and firearms testing, recruits get to "Hell Day."

They are told to show up to the police department before sunrise. After a medical evaluation, then come the handcuffs and hoods.

"They put you in a van," the former officer said. "The van has some type of rock music, this or that, blaring whatever then there's pop quizzes throughout. 'Hey, how many left turns have we made?'"

The former officer said recruits are then driven to a training facility.

“We’ll go sprint over here, run there, do these drills with a mask on so you can’t see. You get sprayed in the face with water," he described.

He said the itinerary of "Hell Day" changed each year. One year, he said recruits were handcuffed and the key was hidden in an Easter egg. He told the Chandler detective recruits then searched for the key while handcuffed in a room filled with gas and no gas mask.

“There’s a bunch of Easter eggs and there’s one of those mini handcuff keys," he described in an audio recording. "Throw it in the Easter egg and they’re all mixed up together. Then they throw it back in with the hot gas.”

"You don't have a mask and you go in there and find out which one it is. Kind of think under pressure. Find the Easter egg with the key in it. Un-handcuff yourself."

"How does anybody make it out of there alive?" Nolan asked. "Holy cow."

"Most people don't. The attrition rate is extremely high," the former officer said. "Like I said, most people going through that is very rare that if anyone makes it through part of 'Hell Day' that they'll ever come back."

"Where did the idea about like kind of doing the blindfold and the handcuffs like where did that kind of originate from or who I should say?" Nolan asked.

"Probably from me," said Goodyear's current deputy chief in an audio recording. He was a lieutenant at the time of the interview with Chandler PD.

"For one year, we had them put on a gas mask and put a balaclava inside the lens of the gas mask so it covered up the eyes," the deputy chief said. "It was kind of trying to simulate darkness and breathing through the mask and kind of claustrophobic to see how they do."

The deputy chief was asked if anyone on the part-time SWAT team ever suggested an idea that was too extreme.

”I had to tone down the whole team a couple of years ago. And I told them it seems like every year the desire from the team is to make this harder and harder and harder and we have to remember that we can’t do that forever and make the test impossible," the deputy chief said.

"I kind of pulled the reins back.”

"To me it smacks of a lack of leadership. I mean there is somebody within that organization who doesn't get it," said Kevin Robinson, a former Phoenix PD Assistant Chief and current criminology professor at ASU.

"It's almost like you're being initiated into some type of a college fraternity and universities don't allow hazing and those types of behaviors into the fraternities on their campuses so why would we think it's okay to do something like that within a law enforcement agency?"

Again, Chandler PD did not recommend charges against Joe Pacello. The former SWAT commander was fired in March of this year. He is appealing his termination.

12 News has repeatedly attempted to speak with him and his union representatives at the police officer's association. All requests for comment have gone unreturned.

Goodyear's chief of police said tactics used during "Hell Day" have been part of the SWAT team for years but he recently decided to stop the use of hoods and handcuffs on SWAT recruits.

The police chief told 12 News no recruits have ever been injured during "Hell Day."