Steve Belles has been recommended for hire as a teacher at Sandra Day O'Connor High School in Phoenix, a district spokesman said. 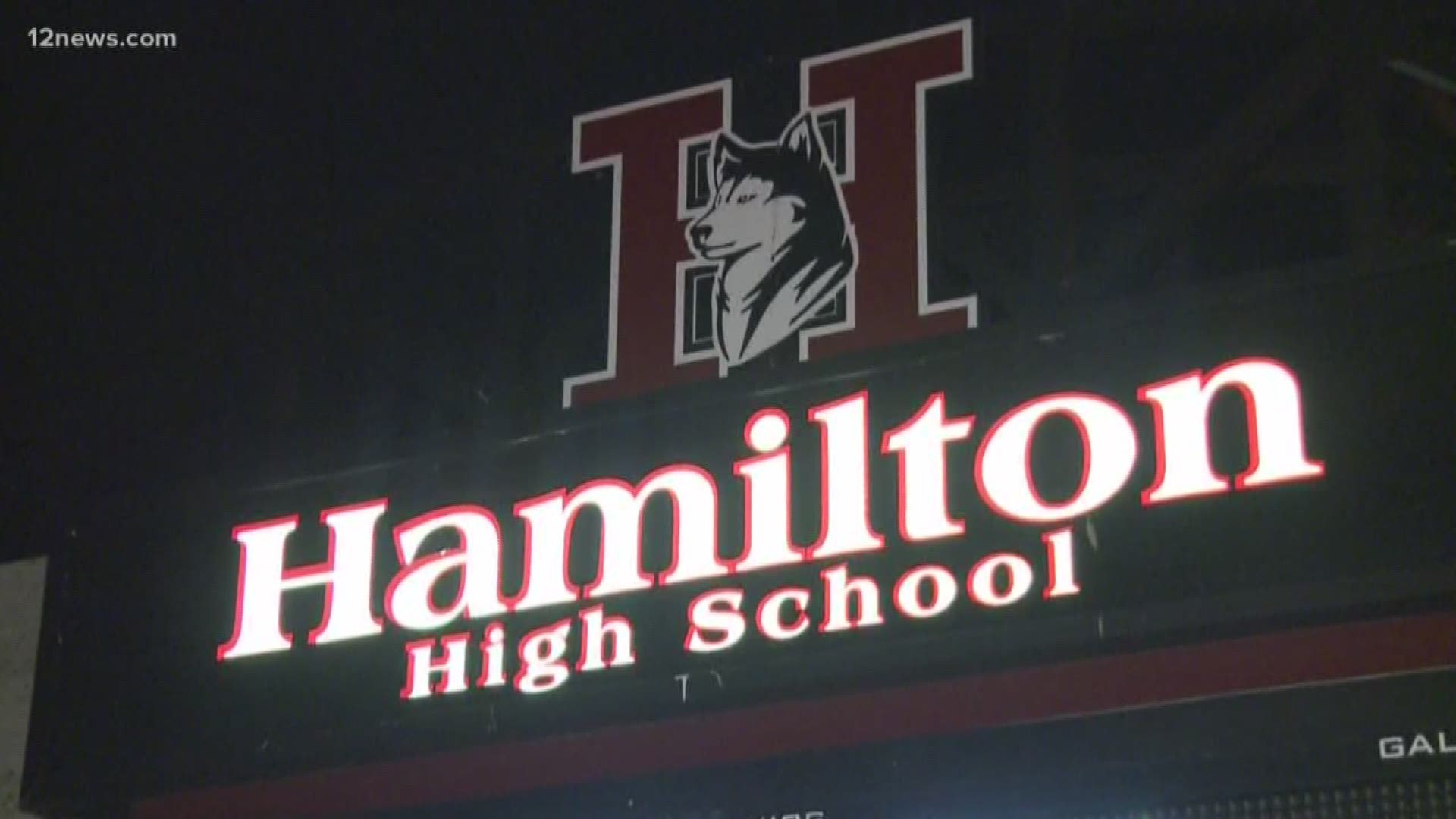 PHOENIX — Editor's note: The above video is from a June 27 newscast.

Steve Belles, the former head varsity football coach at Hamilton High School who reportedly turned a blind eye while same of his players were allegedly hazing and sexually assaulting freshmen, could get a job at another school.

"Our hiring process requires all new employees to be approved by our school board," Warner wrote. "The hiring of Mr. Belles is on the August 13th board agenda."

Belles has been in the spotlight since an investigation began into the hazing accusations in 2017.

Six football players were arrested that year in connection to the alleged hazing. Six victims have come forward so far. All involved were minors at the time of the alleged incidents.

Three of the suspects have been charged; Nathaniel Thomas has been the only one who was charged as an adult.

According to court documents, members of the football team allegedly participated in sexual hazing that victims claim took place on school grounds between September 2015 and January 2017.

Belles was removed from campus in March 2017 and was eventually replaced.

Chandler police first recommended charges against him and former principal Ken James in June 2017. Police documents indicated Belles knew of the allegations as far back as May 2016.

In February 2018, County Attorney Bill Montgomery said there was not enough evidence to charge either man or former athletic director Shawn Rustad.

Attorney Daniel Raynak filed a lawsuit in May 2018 on behalf of five alleged victims and their parents against the school, the district and several staff members, including Belles. The lawsuit did not specify a monetary amount, but did demand a jury trial.

If you have any information in the case that you would like to share with us, you can email connect@12news.com or fill out the tip form below. You can remain anonymous.