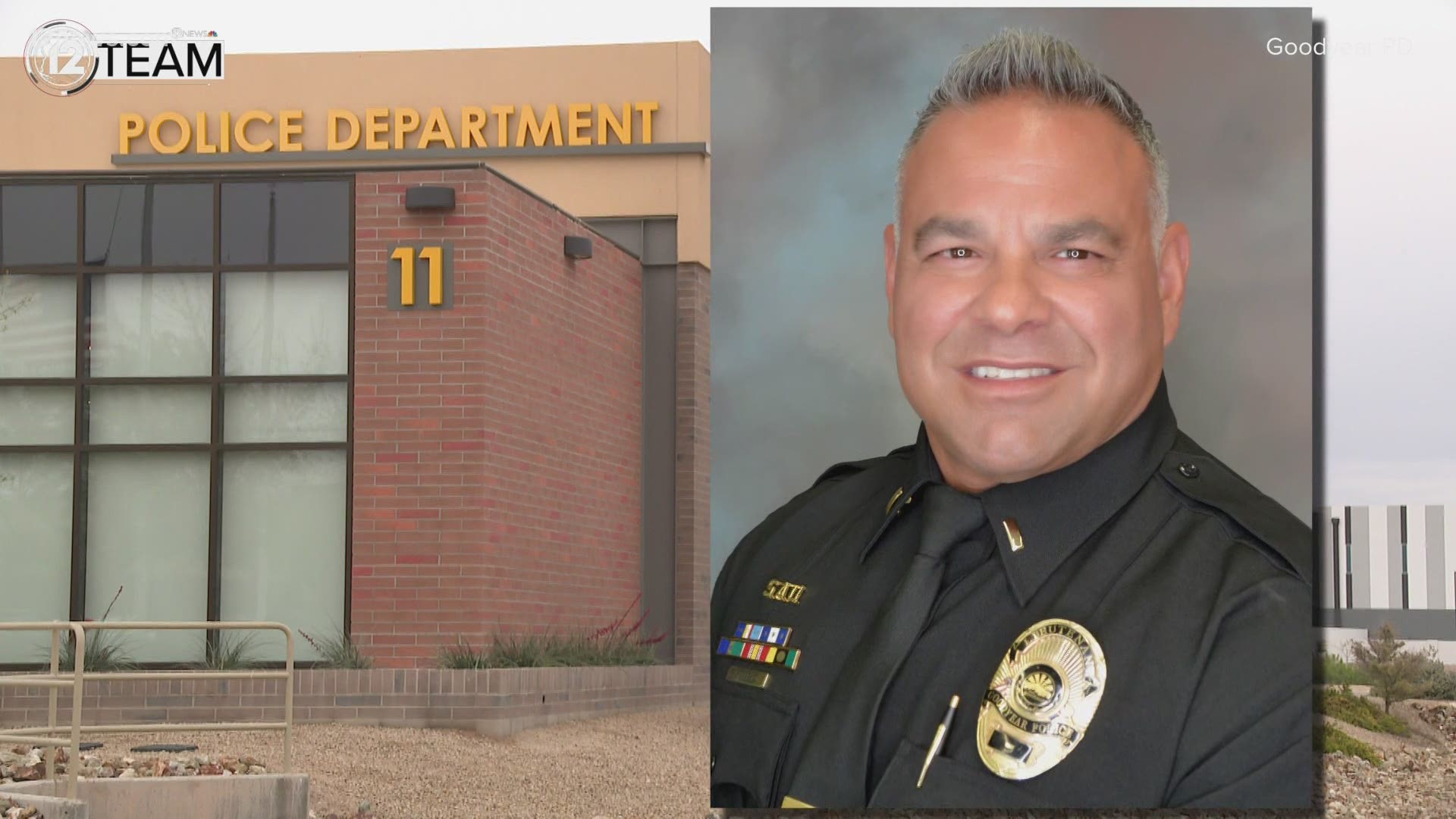 GOODYEAR, Ariz. — A police lieutenant responsible for training, hiring and disciplining the Goodyear Police Department became the subject of his own internal affairs investigation last year that resulted in his termination, the 12 News I-Team has confirmed.

The Arizona Department of Public Safety conducted an internal affairs investigation into Joe Pacello, a 16-year veteran at the Goodyear Police Department, and turned over their results to Goodyear police.

Pacello’s employment was terminated on March 19 for violations of departmental policy.

Pacello also faced a criminal investigation related to an allegation of sexual assault conducted by the Chandler Police Department. That investigation closed in October 2020 and did not result in any criminal charges for the former lieutenant.

“Terminated employees have the right to an appeals process,” Goodyear public information officer Lisa Berry stated in an email.

“As such, any further details about the original allegations, the investigation, or the findings will not be available until the appeals process has concluded in accordance with the Peace Officers Bill of Rights.”

This is not the first disciplinary action taken against Pacello. According to internal affairs records 12 News obtained, Pacello faced a 2-day suspension after assaulting a Maricopa County sheriff’s deputy in 2008 – an incident former colleagues said should have resulted in more serious discipline.

“Nothing was done, it was swept under the rug,” said one former colleague, speaking on the condition of anonymity while working as a sworn officer at a different department.

The former colleague said Pacello’s actions in 2008 did not give her confidence in his ability to run the professional standards unit.

“That is, in my opinion, one of the most important positions in a police department,” the former officer said. “I thought it was an absolute problem considering his colorful discipline record.”

Still, Pacello’s personnel records indicate he was trusted and considered a “person of integrity,” in one review signed by the former Chief of Police Jerry Geier. He was promoted to run the professional standards unit in 2015.

Geier was terminated from the department in 2019.

Pacello did not respond to multiple attempts to reach him. The I-Team also contacted the Goodyear Police Association, who did not return requests for comment on this case.

Former Goodyear officers tell 12 News they are concerned more transparency and accountability is still needed throughout the department.

“There are some wonderful people that are still there and they deserve to be there and I would work alongside them today right now,” a former officer said.

“The problem is the bad eggs ruined it and they tainted the whole agency and you don’t get to pick who your backup is on a call.”