"It is beyond me why these abusive practices could be going on for this long with the tacit endorsement from the Goodyear Chief of Police," State Sen. Otondo said. 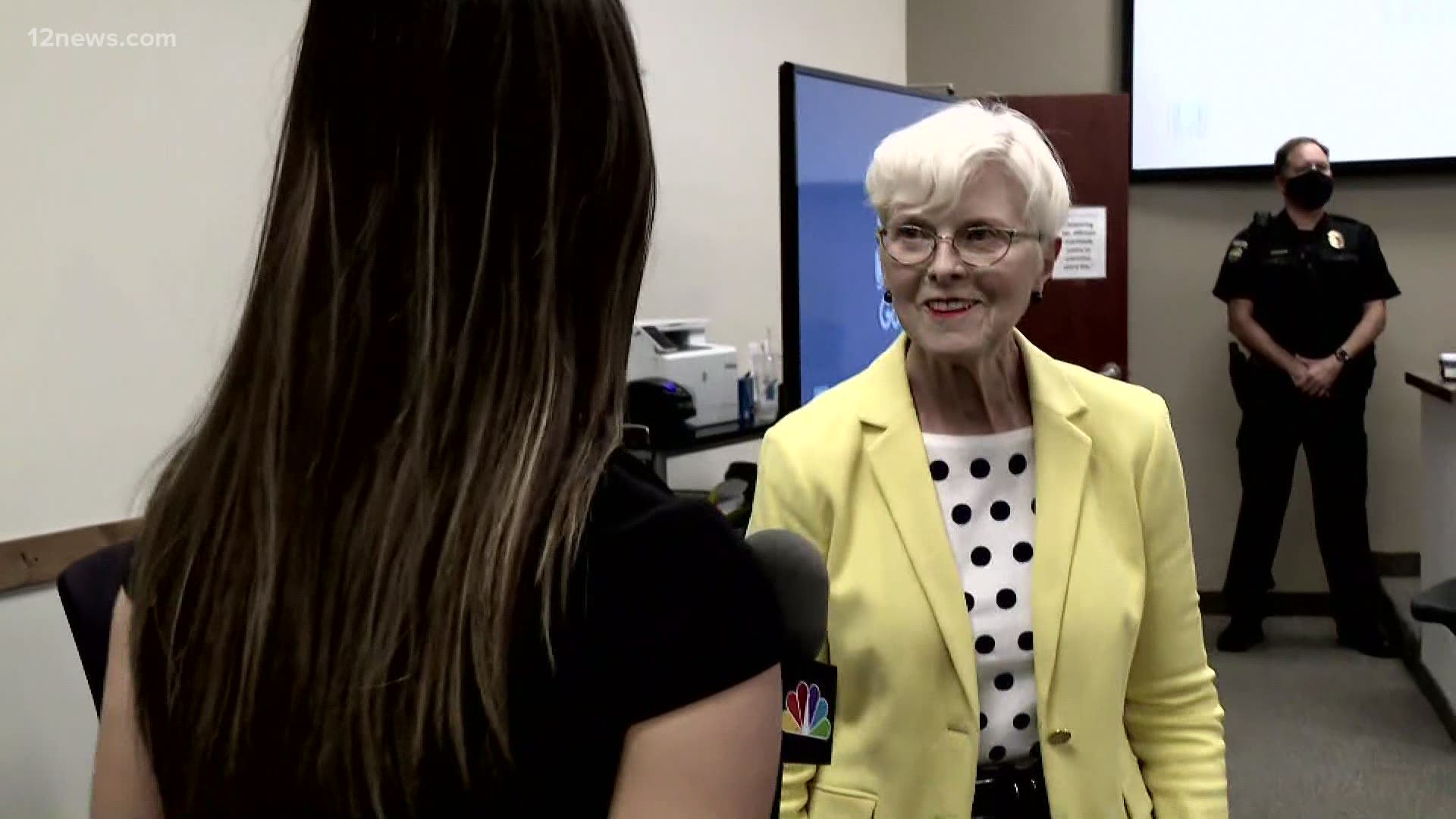 GOODYEAR, Ariz. — The Mayor of Goodyear and other elected officials are weighing in on the Goodyear Police Department's controversial SWAT initiation day known internally as "Hell Day."

Experts describe the tactics used on recruits interested in joining the part-time team as hazing.

“I trust our police department," said Goodyear Mayor Georgia Lord in an interview with the I-Team on Monday, two days before 12 News began airing reports about "Hell Day." She was asked specific questions about allegations of hazing uncovered by 12 News.

“I believe in them. I have been witness to how they do perform and so my comment is: thank God we have such a great police department in the City of Goodyear.”

After Goodyear spokespeople denied the I-Team's request for an on-camera interview with the mayor, 12 News went to a city council meeting Monday to ask the mayor about the city's SWAT initiation process.

“Current and former officers along with the Chandler Police Department describe the process as kidnapping, handcuffing, even waterboarding. Does that concern you at all?” asked 12 News reporter Bianca Buono.

“I have no comment on that thank you," Lord said.

“Is there a concern about any kind of liability?” Buono asked.

Lord released an updated statement reiterating her trust and confidence in the police department:

“I have great confidence in the Goodyear Police Department and the exemplary leadership Chief Rodriguez has demonstrated in the nearly year that he has been the Chief of Police. Under his leadership, the department’s level of professionalism in service to our community has increased dramatically. I trust that Chief Rodriguez will continue to lead with integrity and implement proven industry best practices within the Goodyear Police Department.”

"At the city of Goodyear, we have a culture of continuous improvement, and I support Chief Rodriguez in his new role as he reviews all aspects of the Goodyear Police Department.

Under his new leadership, and as mentioned in his interview, he has already made changes to the SWAT testing process. I further support the chief as he consults with external agencies as part of his evaluation of the program to ensure best practices."

Goodyear Police Chief Santiago Rodriguez said there is no waterboarding during the SWAT initiation day, however he did say recruits were handcuffed and blindfolded.

Rodriguez said that has recently changed. He said the SWAT initiation day has been going on for years, long before he was appointed chief.

"We use water, ice water in a shallow pool, to test for dexterity so our candidates know that hey they might be in the middle of winter in freezing rain," Rodriguez said.

She released the following statement to 12 News:

The I-Team exposed the SWAT initiation coined "Hell Days" after former Goodyear Police officer Jamie Cole accused Lt. Joe Pacello of sexually assaulting her under the guise of preparing her for "Hell Day." Pacello was SWAT commander in 2017, the time of Cole's alleged sexual assault.

"I literally thought that I was gonna die," Cole said. "He started putting my head under the water when I was still handcuffed."

The Chandler Police Department conducted that criminal investigation based on Cole's claims. Pacello is not being criminally charged.

He was fired in March of this year and is appealing his termination.

After interviewing Cole, Chandler detectives became interested in the so-called "Hell Days" so they began interviewing current and former Goodyear officers who experienced them.

“For one year we had them put on a gas mask and put a balaclava inside the lens of the gas mask so it covered up the eyes," said the Goodyear Police Department Deputy Chief.

“Probably if HR saw this they’d put a kibosh on that. How it lasted so long I have no clue," said a former Goodyear Police Department officer.

12 News has requested an interview with the City of Goodyear's human resources director. That request has been denied.