Gilbert police tell us they’ve had 52 calls for service at the Tilda Manor group home address since January 2019. 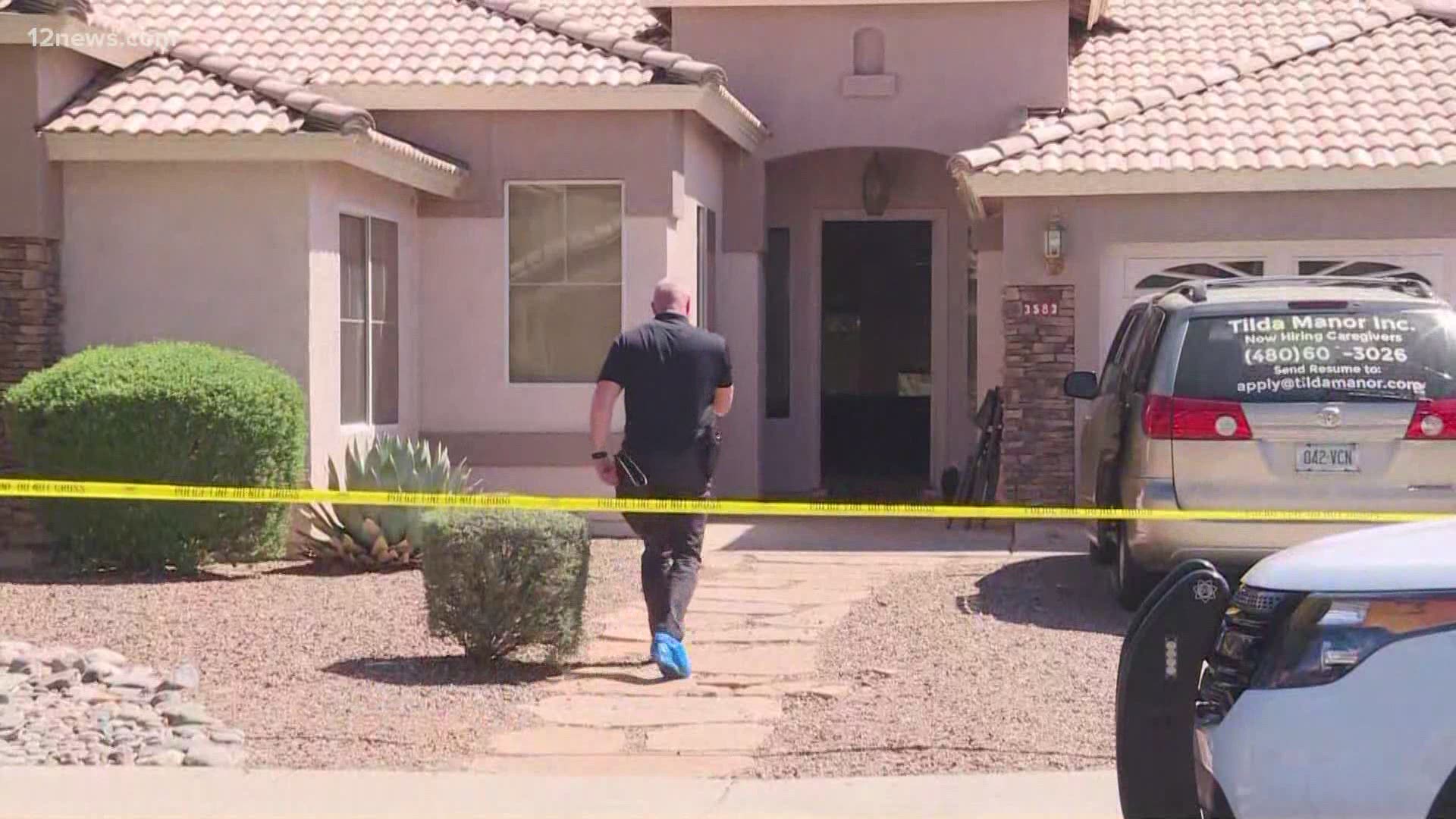 PHOENIX — A 12 News I-Team investigation reveals that the parent company of the group home at the center of a murder earlier this week has a long history with police.

Lambeth had previously been convicted of a double murder more than a decade ago and was ruled "guilty except insane."

He was sentenced to 25 years to life at Arizona State Hospital, which is designed to treat people suffering from mental illnesses. But Lambeth was released early and eventually placed at the group home run by Tilda Manor in Gilbert.

12 News left several messages for Tilda Manor but haven't heard back. When we tried to connect with the owners Thursday afternoon, they did not directly answer questions.

Court and business records say that Samuel and Grace Ashu run Tilda Manor, Inc., which, according to their website, oversees five group homes in the East Valley.

The company hasn’t publicly said anything about the murder at their facility.

Neighbors say they’ve seen police before at the group home on Wildhorse Drive. Gilbert police say they’ve had 52 calls for service at that address since January 2019.

And Howells’ death wasn’t the first for Tilda Manor as a nonprofit company. In 2009, court records showed that a resident at another location in Gilbert died by suicide. His family sued Tilda Manor and the Ashus, claiming the facility was understaffed and that the resident should have had more supervision at the time he died.

The Ashus denied the claims and the lawsuit was eventually dismissed.

In Monday’s murder investigation, records show Lambeth told police he was the only other person in the house aside from the victim.

Documents from the state's Psychiatric Security Review Board show that Lambeth’s should have been in a flex-care facility, which might mean some unsupervised hours.

It’s not clear if staff members were inside the Tilda Manor group home at the time he’s accused of killing Howells or if they were supposed to be.

In December 2020, the same Tilda Manor location was also cited by the state for leaving a resident alone when they shouldn’t have been.