'That should have never happened': Family files lawsuit against Tilda Manor group home after murder

Tilda Manor is also facing license revocation after the state found more than 20 code violations in an inspection following a resident's murder. 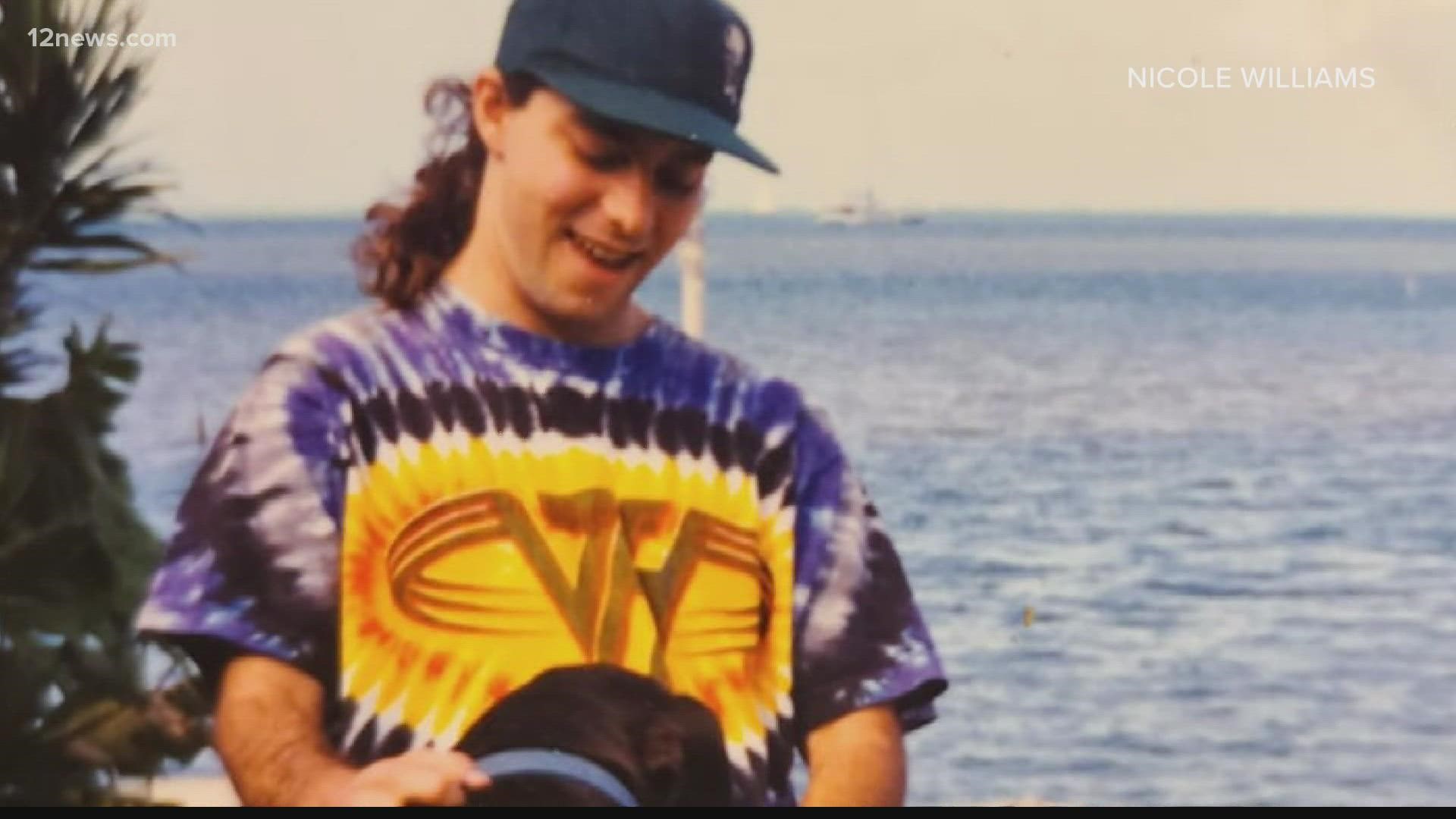 GILBERT, Ariz. — For Nicole Williams, thinking about her ex-husband, Steven Howells, drums up all sorts of emotions.

"The thing that I always remember is his smile," she told 12 News in an interview. "It was it was the smile in and of itself that made people happy."

She's one of a handful of people who wrote out on his obituary page, expressing her love for their time together and her grief over his death. It was the kind of death, she said, no one ever deserves.

"That should have never happened," she said. "I've worried about things like that happening, but I worried about it on the street, not in someplace that's supposed to keep them safe."

Steven was killed at a Tilda Manor group home on Wildhorse Drive in Gilbert back in April.

Another resident, Christopher Lambeth, is accused of killing Howells. He's charged with second-degree murder and has pleaded not guilty to that death.

Lambeth was convicted in 2007 for killing his grandparents after pleading guilty except insane.  He was sentenced 25 to life at the Arizona State Hospital for treatment but was released to the community early by the state's Psychiatric Security Review Board. Records show he’d been living at Tilda Manor since 2018.

Last week, Howell's family filed a lawsuit against Tilda Manor, claiming the state-licensed behavioral health residential facility failed to provide services for not only Howells but for suspect Christopher Lambeth that ultimately led to Howell's death.

Nicole isn't involved in the lawsuit, but she said she hopes there will be some justice going forward.

"There are so many people who fall through the cracks with mental health that our main thing was wanting to make sure he wasn’t falling through those cracks, he was getting the help he needed, he was someplace safe, which unfortunately, he wasn’t," Nicole said.

Nicole remembers meeting Steven Howells at a bus stop in Hawaii back in 1993.

"We were both heading on the bus to the same place. And he had this gorgeous long, curly hair. And so I smiled and we started talking and started dating from there."

Five months later, they’d be married and Steven was living a dream life.

Nicole said Steven studied at the Art Institute of Seattle and worked in graphic design and sound engineering.  She remembered he'd work with bands, even some high profile ones like Pearl Jam or Alice In Chains, and played the saxophone and keyboards himself.

"[He] had a couple of friends he'd go do jazz improv with for just hours by the beach."

But about a year into their marriage, Nicole started noticing a shift.

"At first it was small things. And he would make little comments that were just a little off," she shared. They started progressing more."

Signs of schizophrenia were starting to show. Nicole said dealing with the mental illness dashed his dreams. She saw him get worse over time and his aspirations of working in the music industry gradually devolved into just trying to get by day by day. And despite trying, help was hard to come by.

"It has been really hard on that and watching him struggle, struggle with medications and start getting a little better and then those wouldn’t work and kind of yo-yo-ing up and down in his mental health."

The yo-yo-ing became too much for both of them. They divorced in 1994.

After the split, Nicole and Steven kept in touch, but it wasn’t easy. Steven would eventually move to Arizona where his family members were. Nicole said he’d try staying in places like group homes with supported living, but it was hard to keep track of his every move.

"We talked on the phone when he was doing good," she said. "When the meds would kind of stop working, he would disappear. And then if he got on something new, and it would start working, he would call me. And eventually, he just felt that he was holding me back from living my life. So he stopped the connection."

Nicole estimated it’s been about 10 to 15 years since she last talked with Steven. She got remarried, had two kids and now lives in Colorado. But she never stopped thinking about her first love. She even kept letters and cards he'd send her over the years.

"We wrote letters for quite a while," she said. "I have one card that said, 'From all of us we miss you' and [it] has like a little apartment building. And he added in, 'in my head.' And so he did have humor about it."

She didn't know he was living at the group home in Gilbert before his death.

"He deserved to know that he had people going for him, and that would be there for him," she shared.

Tilda Manor is facing more than a new lawsuit.  Arizona Department of Health Services filed to revoke the company's license at the Wildhorse Drive location after finding a long list of problems at the home in the wake of Howells' death.

The morning of the murder, records claim Lambeth started having a violent episode and two staff members ran outside, locking themselves out, leaving Lambeth inside with 8 other residents.

The employees called for help who would later discover Steven’s body inside.  Lambeth admitted to killing him on the scene, according to police records.

The ADHS investigation found more than 20 violations in an inspection after the murder, like some staff members not having proper training and the facility claiming to offer treatment services they couldn’t provide. It also found employees didn’t follow protocol the morning of the murder.

These problems, among several others, are the crux of this new lawsuit filed last week by Howells' family.

For months Tilda Manor’s owners and staff have dodged questions from 12 News and have never returned any requests for comment.  Their web page no longer exists and the phone number initially listed is disconnected.  The company runs five group homes in all, three in Gilbert and two in Mesa.  They are still allowed to operate.

So far, Tilda Manor hasn't filed a response to the lawsuit in court.  Tilda Manor filed for more time in an appeal for that license revocation.  They’re due for a hearing on that next month.

An attorney for Steven Howells' family said he couldn't comment on the lawsuit.