I-TEAM: Train company involved in Tempe derailment has had 14 hazmat violations since 2016, according to ACC

News of these violations comes days after a Union Pacific train derailed in Tempe, causing a hazardous chemical to spill into the area. 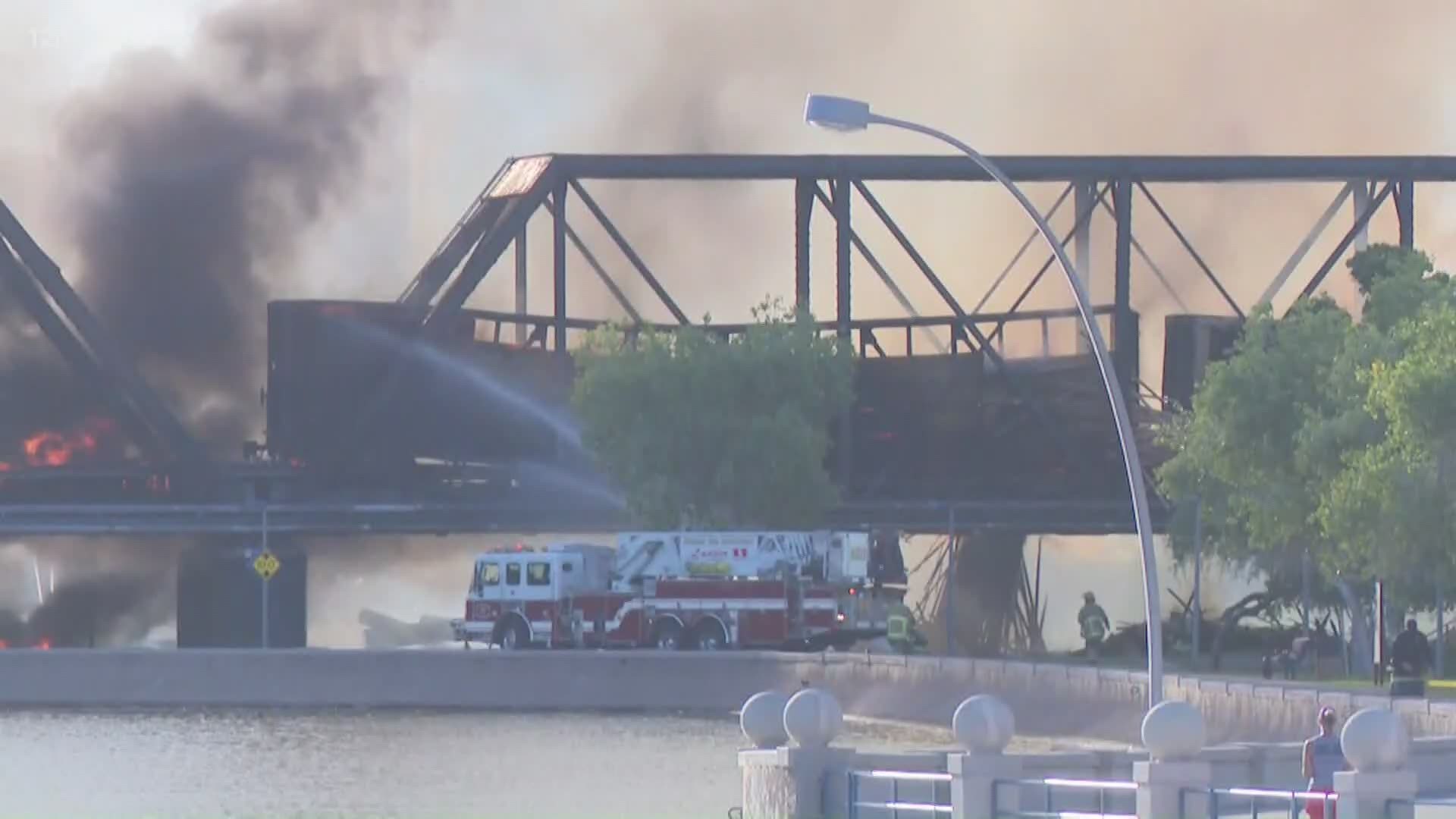 TEMPE, Ariz. — Union Pacific, the railroad company involved in a Tempe derailment, which led to a massive fire and hazmat spill, has been written up by the Arizona Corporation Commission's Safety Division 14 times for hazardous material violations since 2016.

That's according to Arizona Corporation Commissioner Sandra Kennedy who sounded the alarm after Wednesday's incident. Kennedy says the inspectors from the Safety Division of the ACC ensure that the transportation of hazardous materials via rail is done in accordance with state and federal law.

12 News has requested the violation reports.

After the derailment in Tempe, 500 gallons of cyclohexanone, a hazardous chemical, spilled into a city storm drain that leads to a dry riverbed. Experts are still working to determine any outstanding environmental concerns.

The chemical injured two Tempe workers on Friday afternoon. Officials say they were working to move the hazardous material from a derailed train car to a new car when it splashed onto them, hitting one in the face and the other in the chest. The 50-year-old worker who was splashed in the face was sent to a hospital burn unit with critical, non-life-threatening injuries.

The Arizona Corporation Commission is in charge of regulating railroads, but State Representative Richard Andrade says the problem is that they do not have the manpower to do so.

Andrade, who has worked as a locomotive engineer for more than 20 years, says even after adding two additional safety inspectors, it's not enough. He is insistent that railroads do their own inspections.

Union Pacific conducted an inspection on the Tempe bridge involved in Wednesday's derailment on July 9th.

According to Andrade, derailments happen more than the public realizes. Since Wednesday's incident in Tempe, the 12 News I-Team has been digging through derailment data, learning of at least four other Union Pacific incidents across the state this year.

The available data, though, is not up to date. It only reflects incidents through May. It does not reflect a June 26th derailment in Tempe or the July 29th derailment.

Andrade believes lawmakers should take a number of steps to ensure more regulation of railroads. He said a good place to start is with steeper penalties.

“We all need to be very concerned," Andrade said.

According to 2016 data from the Federal Railroad Administration, the Phoenix area is home to five of the top 15 most dangerous railroad crossings in the nation.