A 3-decade-old murder case in Mesa has a chance for one last groundbreaking clue. But that chance comes with a risk.

Just before 3 a.m. on June 14, 1988, Loretta Lynn, a Mesa mother pregnant with her second child, was repeatedly stabbed to death in her bedroom. Loretta’s infant daughter was asleep in another room, unharmed. Loretta’s husband was working a late-night shift and arrived home to find his wife dead.

The murder stumped police and stunned the community.

A skin sample was found under one of Loretta’s fingernails that suggested she scratched her assailant while fighting back. DNA from that sample was processed but never matched family members, persons of interest, or convicted felons whose profiles are contained in the FBI’s national database.

Loretta’s cousin, Karen Dana, has been communicating with Mesa Police for nearly the last 30 years about potential leads in the cold case.

At Dana’s urging, Mesa Police submitted an existing sample from Loretta’s fingernail to the lab for processing. According to police records, Parabon Nanolabs determined the sample was not viable. Police have the option to submit the fingernail itself for testing. But that comes with a risk.

“Last case resort, we go to the original source of the DNA testing, the fingernail DNA and see if we just re-extract what we can there,” said Detective Nik Rasheta of the Mesa Police Department.

Doing so would destroy the remaining sample. There would be no opportunity to test the fingernail if new technology emerges in the coming years. The decision of whether to process the remaining sample is ultimately up to Loretta’s family, Rasheta said.

“I’ll be sitting down with them soon, her parents and her siblings to talk about it,” Dana said. “I don’t want to make that decision by myself. I’m going to talk to them and say this is our last effort and this could destroy the last bit (of DNA) they have.”

The nature of the killing seemed personal. Nothing was stolen from the modest Mesa home. Loretta’s body was found on the floor next to her bed, still partially wrapped in bed sheets. She was stabbed in the front and back. There was no sign of sexual assault.

Police say there is no evidence Loretta was targeted.

The 26 year-old mother was a faithful church goer, a dedicated mom to her infant daughter and a loving wife, Dana said.

“There was nothing about her that would have invited evil into her life,” said Dana.

Mesa Police ruled out Loretta’s husband, Lynn, as a suspect. Witnesses, the timing of the murder and the DNA evidence cleared him.

“The closest motive that we would be comfortable arriving at is that maybe it was a burglary that was interrupted,” said Rasheta. “It’s possible when the husband arrived, that stopped the burglary. Or possibly it was someone high on drugs acting crazy not knowing what they were doing. But there isn’t a clear motive.”

Neighbors near University and Greenfield in Mesa told police at the time there had been burglaries in the area. It was just the couple’s second night living in the house. They purchased the duplex and were renovating it. Because Lynn’s car was gone that night, it’s possible the suspect believed the home was empty or filled with construction equipment.

Investigators interviewed dozens of homeowners in the area. Through the years, detectives have interviewed others connected to the case and collected DNA samples.

A palm print from the scene suggests the suspect is a male who is small in stature, or perhaps a juvenile.

At one point earlier this year, Dana identified a male teen mentioned in investigative records who was living near the home at the time. Police intended to speak with him but never did.

Dana also discovered through court records he had a juvenile criminal record and was later convicted of a burglary, using a similar technique to enter the building. There were other factors that made him a strong person of interest. Mesa Police subsequently obtained a search warrant and collected a DNA sample from him. It was not a match.

Loretta grew up in Snowflake-Taylor as Loretta McCray. She was kind and soft-spoken, loyal to her family and dedicated to her Latter-Day Saint faith.

“She was so innocent and naïve,” Dana said. “And beautiful. She didn’t know how beautiful she was.”

Loretta and Karen were pen pals when they weren’t visiting each other’s houses. Karen grew up in Tempe. Their bond went beyond blood.

“Her and I, our lives just paralleled each other. We graduated together. We went on missions together. We married our husbands a couple months apart,” Dana said, who adds they were supposed to “become old ladies together.”

Dana’s sense of loyalty to her cousin won’t allow her to stop searching for the killer.

“When I pass I want to look at her and say, ‘I never stopped’,” Dana said.

The infant girl who was spared harm during Loretta’s murder is now a 31-year-old wife and mother of three. Rochelle Blair was raised by her dad and her step-mother. It wasn’t until Rochelle began her own family that she took a stronger interest in learning about her biological mother.

“I decided to go to therapy and work through some of those feelings. It was important,” Rochelle said.

Rochelle says she came to peace with her mother’s death and she wears her wedding ring to remember her.

“When I first got married, my dad offered it to me, but at the time I didn’t feel comfortable to have it,” Rochelle said.

Rochelle says she hopes anyone with information about the killing will contact police, “even if it’s something small,” she said.

However, Rochelle said she is not going to attach herself to the outcome.

“Just because the person is caught, or apprehended or confesses to the crime, it’s not going to change what happened,” Rochelle said. “I need to move on and grow from it.”

Anyone with information about the case should call Silent Witness at 480-WITNESS.  Lynn was killed in her home at 4700 E. Camino St. in Mesa. A light blue Nissan Pathfinder was seen driving in the area prior to the murder, and a light colored Chevrolet El Camino as observed as a suspicious vehicle in the area a week prior. Police are offering a reward of up to $1,000 for information that leads to an arrest. 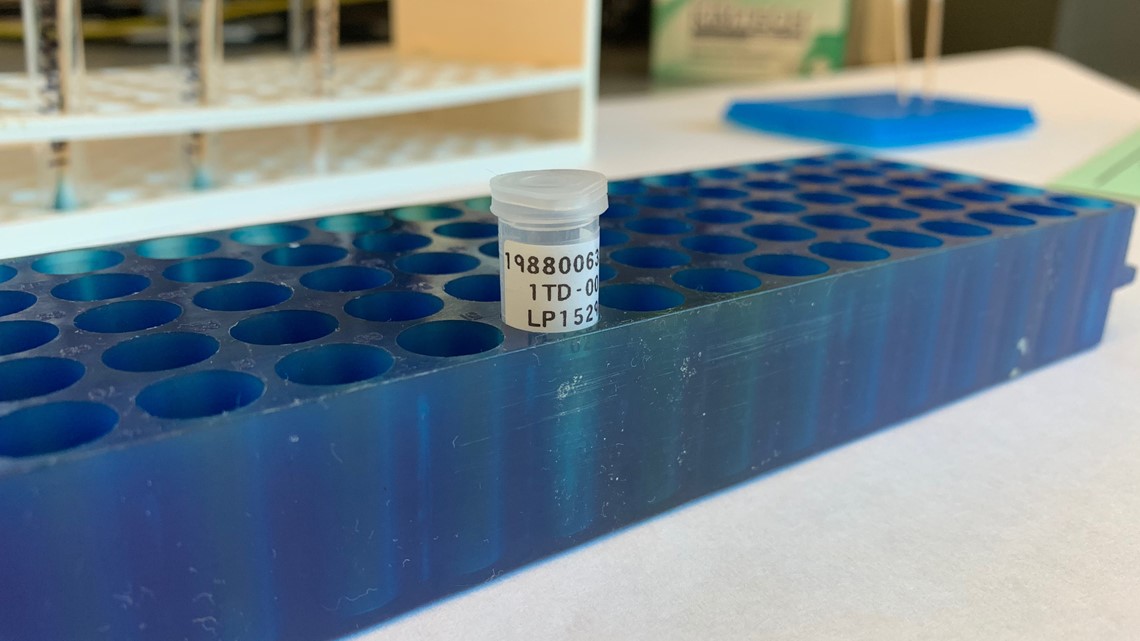