The special needs clinic in Phoenix has been accused of not paying dozens of therapists for their work. 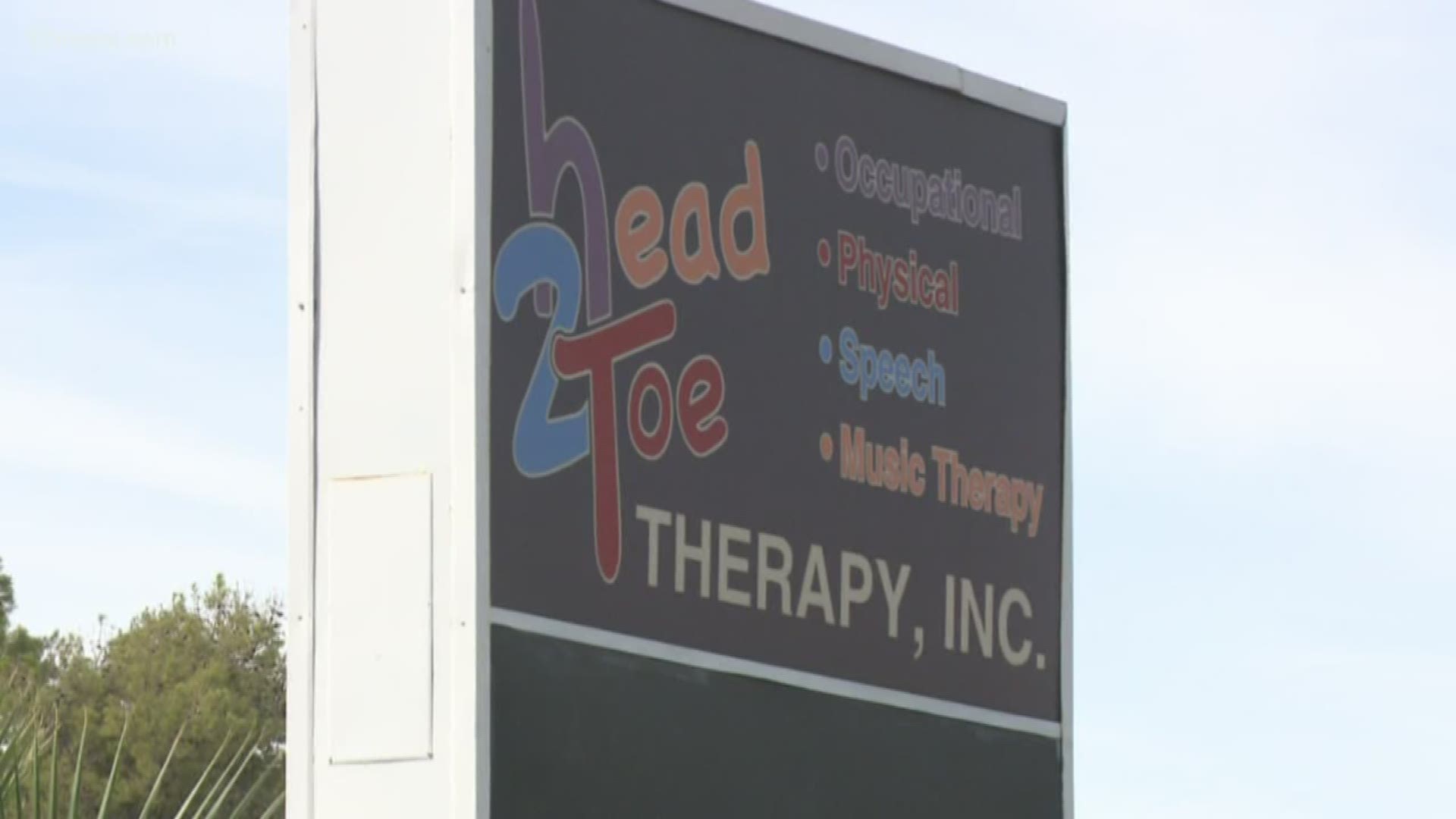 A special needs clinic that is notorious for bounced paychecks and nonpayment of workers is now in the sights of Gov. Doug Ducey’s office.

As a "qualified vendor" of the state, the clinic receives millions of dollars annually in reimbursements for services it provides to children with DDD and AHCCCS coverage.

But since 2017, more than 30 therapists have told 12 News that they were not paid -- after they provided therapy to many of those children.

Some therapists quit, still being owed anywhere from $2,000 to $13,000. Others received late or partial payments, but only after months of begging for the money owed to them and threatening to sue.

Over the past two months, 12 News has received a new flurry of emails from therapists who say they’ve gone weeks -- and in some cases, months -- without pay.

Nearly all of them ask not to be identified out of fear they will never get their money.

“Our priority is to make sure people with disabilities are getting the services they need," Patrick Ptak said.

"The reports about these workers not being paid are unacceptable, and we are working with our state agencies to get the facts and take appropriate action."

12 News visited Head to Toe’s clinic and its corporate office Wednesday to request a comment. A representative for the company did not respond.

'Where is all that money going?'

Head to Toe Therapy in Phoenix has more than 200 therapists Valley wide who work as independent contractors.

Owner Bridget O’Brien has provided many reasons for why she wasn’t paying therapists in the past. She's blamed her company’s financial troubles on a cancer diagnosis, computer system problems, bad loans, financial mismanagement and incomplete documentation by therapists.

But therapists take particular issue with O’Brien’s claim of incomplete documentation. They accuse O’Brien of intentionally creating red tape until many give up and walk away.

“I still haven’t been able to get a hold of them and it’s been a year since I was there,” said Hannah Jones, who said she is owed $6,000.

Monica Cardenas, who is the mother of a teenager with autism, said she has seen first hand the uncertainty and distress therapists endure when they are not paid.

“I just don’t understand how it’s possible something like this has gone on for so long," she said. "Where is all that money going?”

“So many of them have big hearts and they don’t want to abandon these kids, so they keep working for nothing,” Cardenas said.

Despite legal problems, state still contracts with Head to Toe

Court records show O’Brien has been accused of breach of contract by other contractors who aren’t therapists.

Last month, Head to Toe settled a lawsuit for $80,000. O’Brien was lent the money to buy the clinic’s property in 2011. The settlement calls for O’Brien to make a series of payments to the lender over the next year.

But despite this, the Arizona Developmental Disabilities Division still has a contract with Head to Toe.

Chris Minnick, a spokesman for the Arizona Department of Health Services, said in a statement that the state Department of Economic Security, which runs the division, finds the allegations troubling.

The department "is actively working to determine what options are available to ensure this provider is meeting its contractual obligations and our members are receiving quality services,” Minnick said.