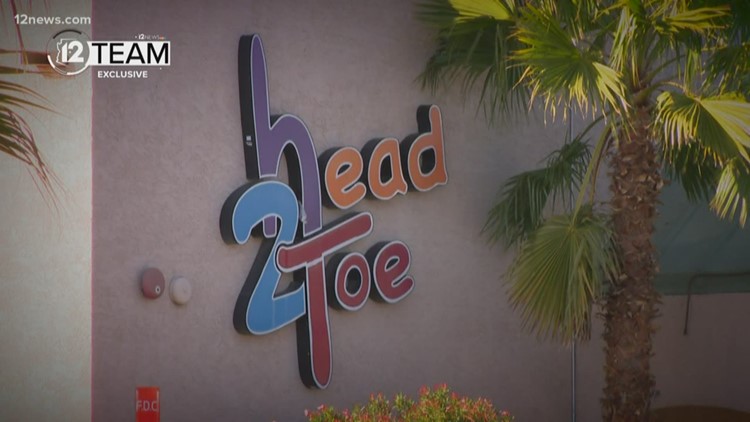 As a large children’s therapy clinic remains sanctioned by the state for alleged fraud, there are signs the state knew about similar allegations dating back nearly a decade.

Therapists, most who asked to remain unidentified, described lodging their own complaints over the years with the Arizona Health Care Cost Containment System (AHCCCS) and the Arizona Department of Economic Security (DES) against Head to Toe, but they never knew the outcome.

The clinic’s owner maintains a variety of factors caused financial troubles over the years and staff members have always acted ethically.

But in November, to the applaud of many Head to Toe critics, the AHCCCS Office of Inspector General leveled a heavy penalty against Head To Toe.  It cut off Medicaid funding for the clinic and announced it was investigating eight “credible” allegations of fraud that include creation of false documents, services provided outside scope of practice, services provided by unregistered providers and billing for services not provided.

Many industry experts are now asking, "What took so long?"

For example, a September 9, 2013 email sent to leaders at the state’s two agencies overseeing Medicaid and disability funding appeared to serve as a big red flag. The email, written by a source 12 News is not naming because the sender is a clinician still working in the Valley who fears retribution, describes an uneven playing field for clinics that had to compete with Head To Toe Therapy in Phoenix.

The email describes Head to Toe billing the state’s Medicaid provider for services carried out by speech and language pathologists (SLPs). In actuality, the email alleged, the services were completed by SLP Assistants (SLPAs). The alleged deceit would mean Head To Toe would be able to collect extra money from the state that was not merited.

“What I have discovered is that DDD consumers that are receiving services by an SLPA are receiving substandard services and there is a great deal amount of fraud going on,” the writer states. “I won’t compromise our integrity to try and compete with providers who are clearly defrauding the State.”

The email suggests other clinics may be to blame for improper billing as well, but specifically names Head to Toe as an alleged culprit. It asks two administrators of DES to investigate.

PREVIOUS: Details released about alleged fraud at clinic for children with disabilities

Another alleged whistleblower says she first told the state of similar allegations against Head To Toe Therapy dating back to 2011.

“We asked them again and again that we would hope they would look into this company,” said “Sue”, a former clinician who owned facilities in the Valley several years ago. “Sue” asked not to be identified by her full name because she also feared retribution for speaking out.

Sue said beginning around 2010, she interviewed current and former Head To Toe therapists for potential jobs. They described to her an environment in which billing statistics were fabricated and children were grouped together in rooms instead of getting one-on-one attention.

“The way it was described to me is that kids would essentially be babysat by someone sitting in a backroom and not providing therapy,” Sue said.

Sue called an anonymous hotline in 2011 to lodge her complaints.  Around 2013, she laid out the allegations with business administrators at the DES Division of Developmental Disabilities.  Then in January 2014, she and other clinic owners organized a meeting with leaders of both DDD and AHCCCS to discuss billing issues. During that January 17, 2014 meeting, the clinic owners discussed the allegations against Head to Toe Therapy.

“I said ‘why is it that we are having such a hard time with the billing, being paid for our services, when you know your huge provider on 7th Street is actively engaged in questionable behavior? When are you finally going to look into it?” Sue said.

Sue says what frustrated her most was the prospect of children not receiving quality treatment for their disabilities.

“With white collar crime, that’s one thing, and it’s bad enough,” Sue said. “But what was stolen were opportunities for these kids who needed help.”

12 News has requested all complaints filed against Head To Toe and resulting documentation. AHCCCS has not provided the records, citing an ongoing investigation.  According to DES, which oversees DDD, the department has received 17 grievances filed against Head to Toe from 2016 through 2019.  It’s currently unclear how many individual complainants those grievances represent.

12 News also requested an interview with Dr. Cara Christ, interim director of DES, to discuss the company’s history and the alleged lack of oversight by DES over the years. Christ declined an interview through a spokesperson.

“With Dr. Christ being new in the interim job, and there being new leadership in DDD, this is an issue they are still looking into at a programmatic level,” said Chris Minnick, spokesman for the Arizona Department of Health Services. “Obviously, there are several issues we are addressing at DES, this included, but we are just not at a place where we have the comprehensive answers you are looking for.”

12 News has also requested an interview with Director of AHCCCS Jami Snyder. 12 News is waiting for a response. Snyder was present during the 2014 meeting in which several clinicians described the alleged practices by Head to Toe Therapy, according to two sources who attended the meeting.

Head To Toe Therapy owner Bridgett O’Brien has declined an interview to discuss the latest allegations against her company. Last year, O’Brien told 12 News in an interview her company had been through several audits and was a model for clinics in other states.

“I can assure you that we have office staff members who are literally reading every single report and edit them and send them back to therapists to ensure that what is ethical and what is quality is done,” O’Brien said.