Details released about alleged fraud at clinic for children with disabilities 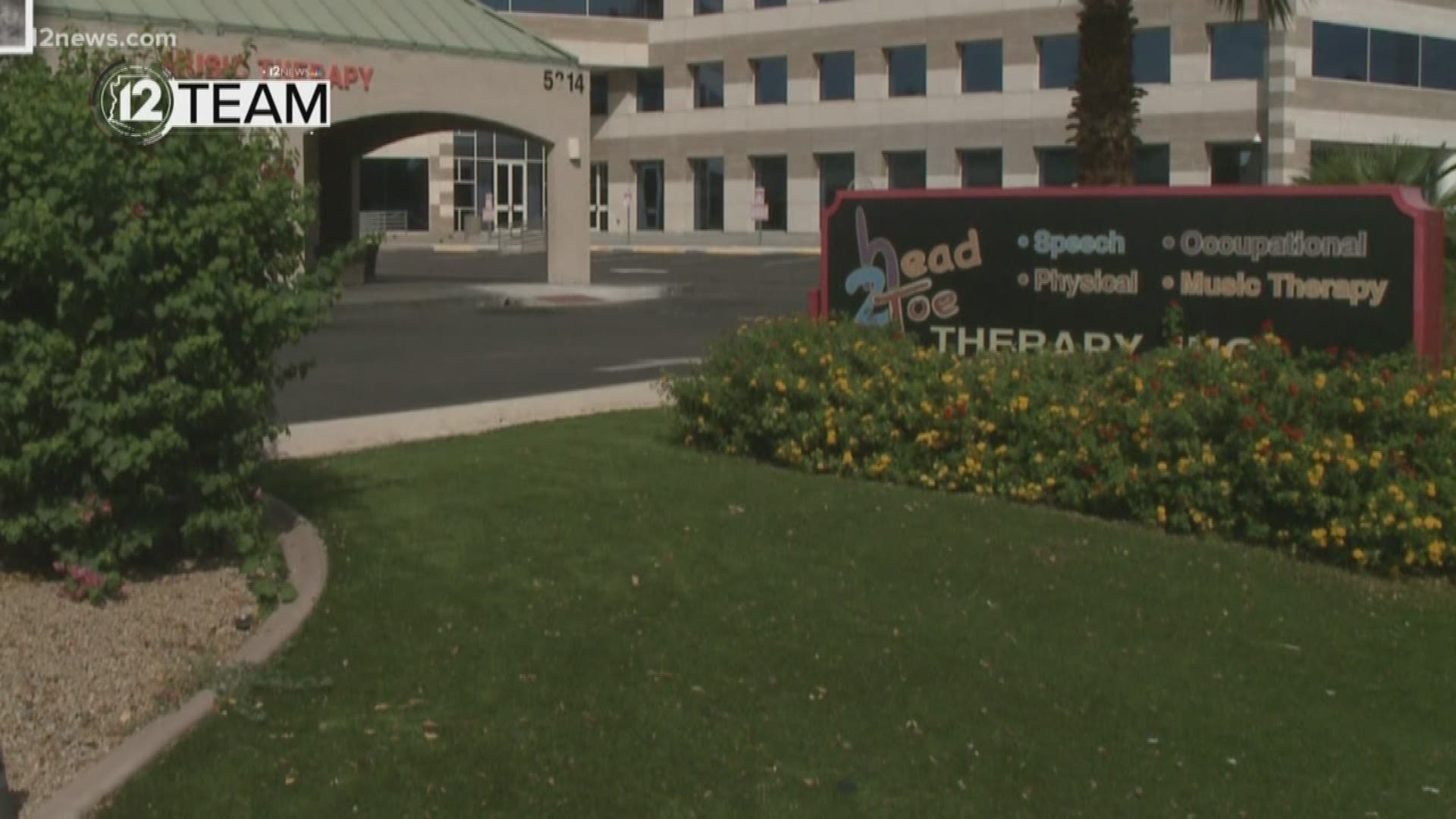 False documentation. Bills for non-existent work. Poor medical records. A failure to adhere to contracts. There is a long list of accusations against Head To Toe Therapy outlined in a letter to its owner and CEO Bridget O’Brien.

The November 15 letter by Sharon E. Ormsby, Inspector General of AHCCCS, announces a temporary, system-wide suspension of Medicaid payments to Head to Toe pending an investigation.

The state provided the letter to 12 News on Thursday in response to a public records request.

According to Ormsby, there is “a credible allegation of fraud” involving Medicaid funds against the Phoenix-based special needs children’s clinic, which is the largest of its kind in the state. The clinic provides in-home services across the Valley and serves a large Spanish-speaking population.

The reasons for the alleged fraud include:

Read the full letter here. The story continues below.

According to the letter, suspension of Medicaid payments will continue until either AHCCCS or prosecuting authorities determine there is insufficient evidence of fraud by Head To Toe, or legal proceedings involving the fraud are completed.

It’s not known how long the process could take.

In the meantime, state officials say they are proactively contacting “member” families approved for Head To Toe to assist them in transitioning to other vendors.

O'Brien has the right to respond to the fraud allegation in writing and show "good cause exists" to remove the suspension.

If any Medicaid member currently receiving services from Head To Toe has questions, they are encouraged to contact their assigned case manager or enrolled health plan’s Member Services department.