Nearly five years after Craig Tiger died by suicide after battling PTSD, his family is still fighting Phoenix PD for his gun. 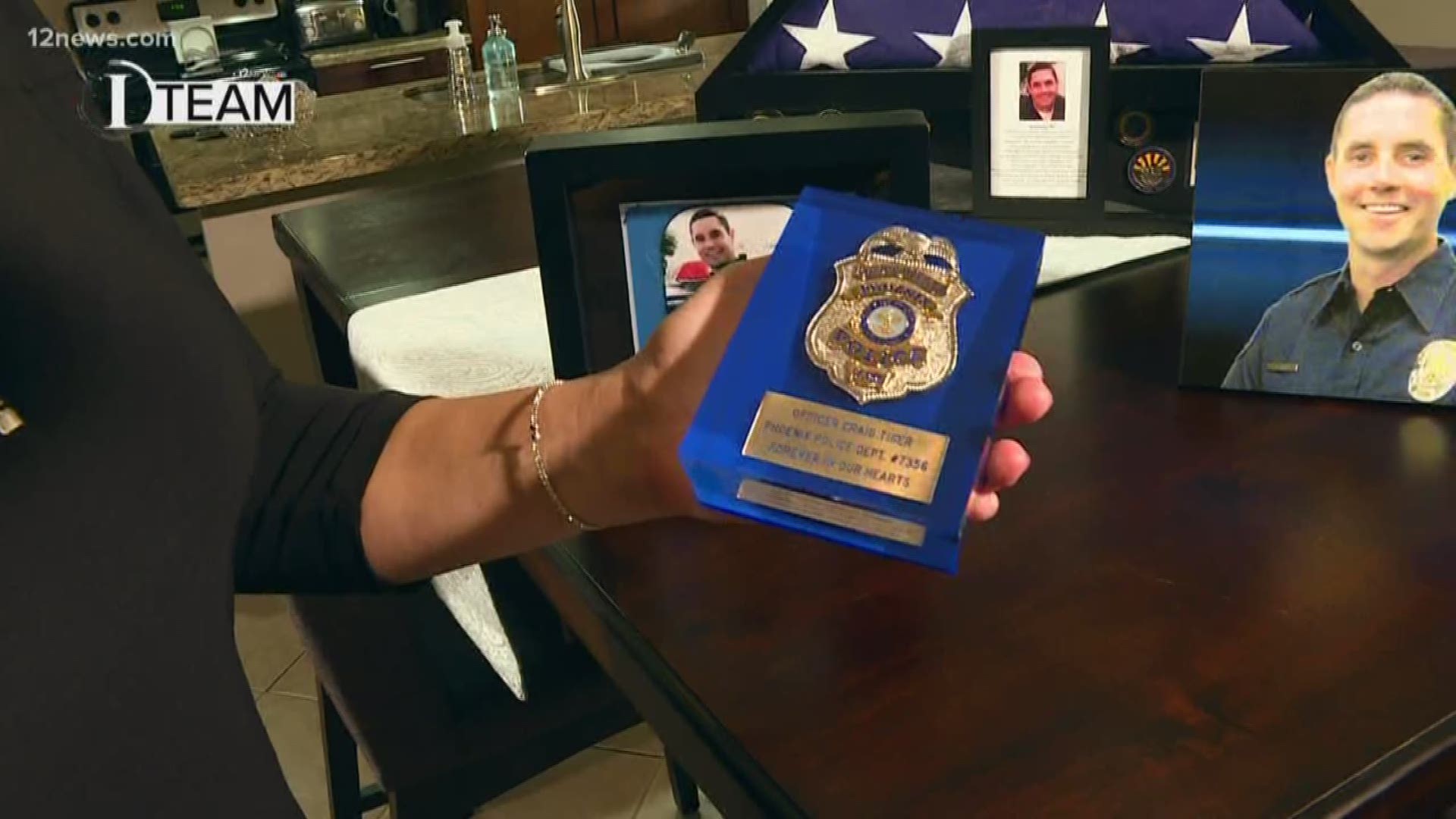 PHOENIX — It's been nearly five years since former Phoenix Police Officer Craig Tiger took his own life. But as his ex-wife Rebecca Tiger will tell you, time doesn't heal all wounds.

"I hate to think about that part but you just want to put your arms around him and they can never do that again," said Rebecca Tiger as she fought back tears.

It's hard for Rebecca Tiger to think about their two kids growing up without their dad.

“Had he not been a police officer, he would still be alive," said Rebecca.

Everything Rebecca does is for her kids, and that's why she wants Craig's department-issued gun back.

“Normally when somebody dies that stuff is presented. My kids don’t have much left of their dad and so maybe when my son gets older he’d like to shoot his dad’s gun. Maybe. It’s part of who you are," said Rebecca.

The problem is the Phoenix Police Department won't give it to her. A police spokesperson sent 12 News the following statement explaining why:

"On August 24, 2013, Craig Tiger’s employment with the City of Phoenix was terminated. Upon his termination, the city equipment issued to him was returned to the department in accordance with policy. Over a year later, on November 7, 2014, Tiger took his own life. He was not an employee of the city at the time of his death, and the death has not been classified as a line of duty death."

“He shouldn’t have been treated the way that he was treated," said Rebecca.

RELATED: Board rules on pension issues for ex-officer with PTSD who killed self

Craig developed post-traumatic stress disorder following an officer-involved shooting. He turned to alcohol to cope and exactly one year after that shooting, he attempted suicide and was arrested for DUI.

The police chief at the time, Daniel Garcia, fired Craig.

“I know the hell he was going through and, unfortunately, we completely failed Craig. We as a police department and we as a city," said Joe Clure, the executive director of the Arizona Police Association.

Joe Clure says this is about much more than a gun. It's a reflection of the way police departments view PTSD.

“PTSD is an injury just as real as a broken leg or broken back or getting shot in the line of duty. Officer Craig Tiger should be treated as a line of duty death. That’s the slap in the face," said Clure.

Thanks to Rebecca and Clure, the state passed the Craig Tiger Act last year that requires police departments to do more to help officers treat PTSD.

But they say this nearly five-year fight over Craig's gun is evidence there is still a long way to go.

“When I saw the chief now, when I saw her at the signing for the Craig Tiger Act, I kind of pulled her aside and said, 'Hey, this is one thing I still have yet to get and I’d like to get it,' and I never heard back," said Rebecca.

So far in 2019, suicides by police officers are up 24 percent compared to last year and 143 officers have taken their own lives.