A veteran is fighting to change his discharge status after receiving an other-than-honorable discharge and putting his life back together. 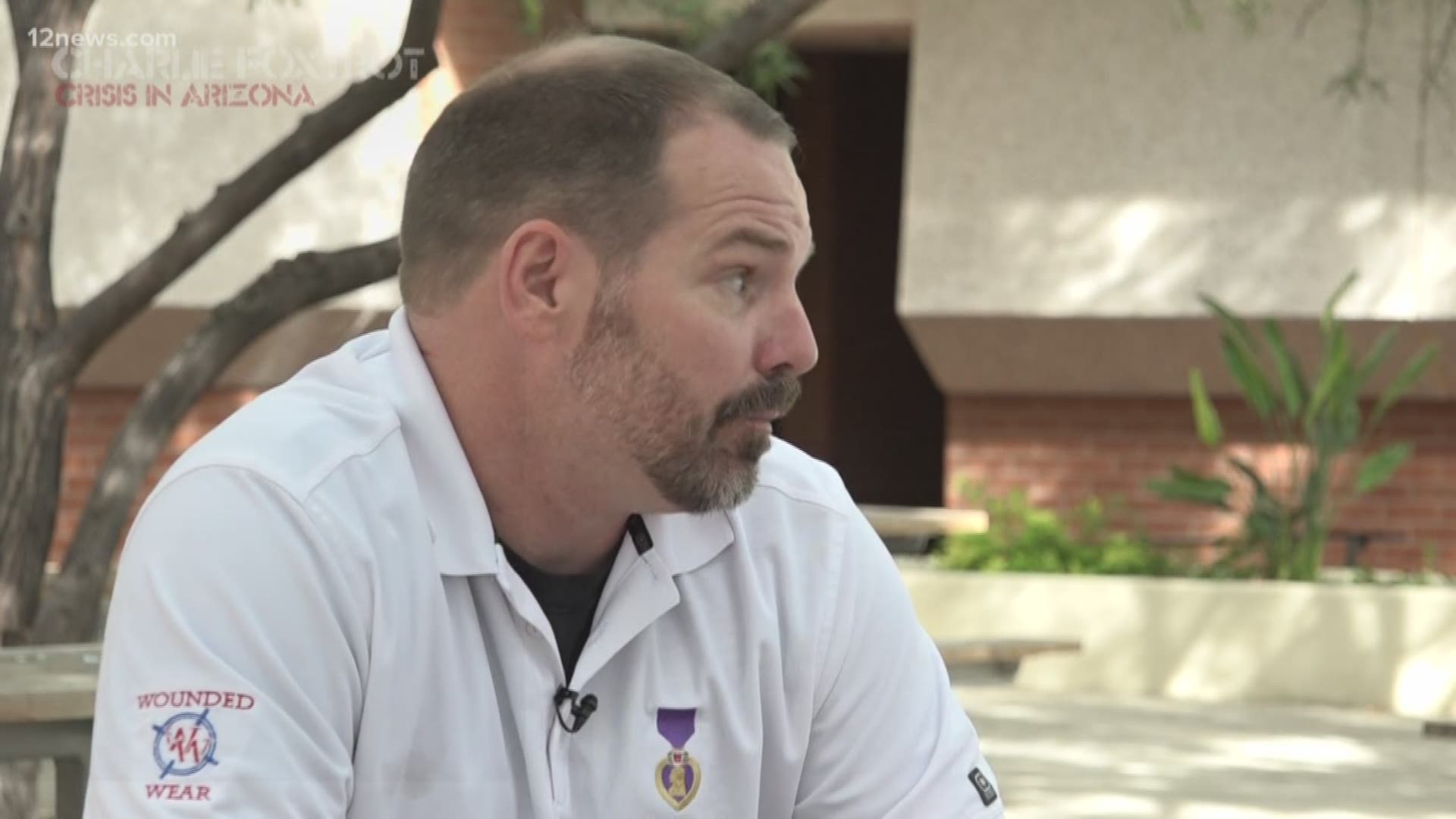 A former U.S. Army Ranger who 12 News has been following for two years has lost his first attempt to upgrade his military discharge.

Jeff Osterhoudt learned a military review board denied his appeal in April. He's now preparing to travel to Washington, D.C., for an in-person hearing.

Osterhoudt is one of thousands of soldiers with "bad-paper" discharges—soldiers who are given other-than-honorable discharges because they committed crimes that can be traced back to post-traumatic stress disorder.

Osterhoudt had turned to drugs, was becoming violent. His first wife died by suicide, his second wife had an affair, and he was dealing with the aftermath of violent combat incidents. He was caught with an unregistered gun and a detox kit to help him beat a drug test, and was given a "general" discharge.

Osterhoudt was diagnosed with PTSD after he left the military.

Since then, Osterhoudt went from homeless to buying his own home this year. He's gone back to school and become a paramedic in Tucson.

But the review board said, basically, that it doesn't matter. The board found that no amount of recovery after the fact changes what he did in the Army. And the board found there were options available to him during his service that he did not use.

Osterhoudt's legal team doesn't believe the review board looked at their evidence.

"This case, in particular, is one of the best cases you can possibly bring," Director of the University of Arizona Veterans Advocacy Law Clinic Kristine Huskey said. "So I think it really just goes to show that they're really overwhelmed with the cases, they’re not even reading the briefs or looking at the evidence."

Osterhoudt has more options, starting with an in-person appeal. He'll travel to Washington, D.C. in May to make his case before the review board.