Some local school districts have installed stop-arm cameras to identify drivers who put students at risk. At least 15 states have passed laws allowing for those cameras to lead to automatic citations. But Arizona is not one of them. 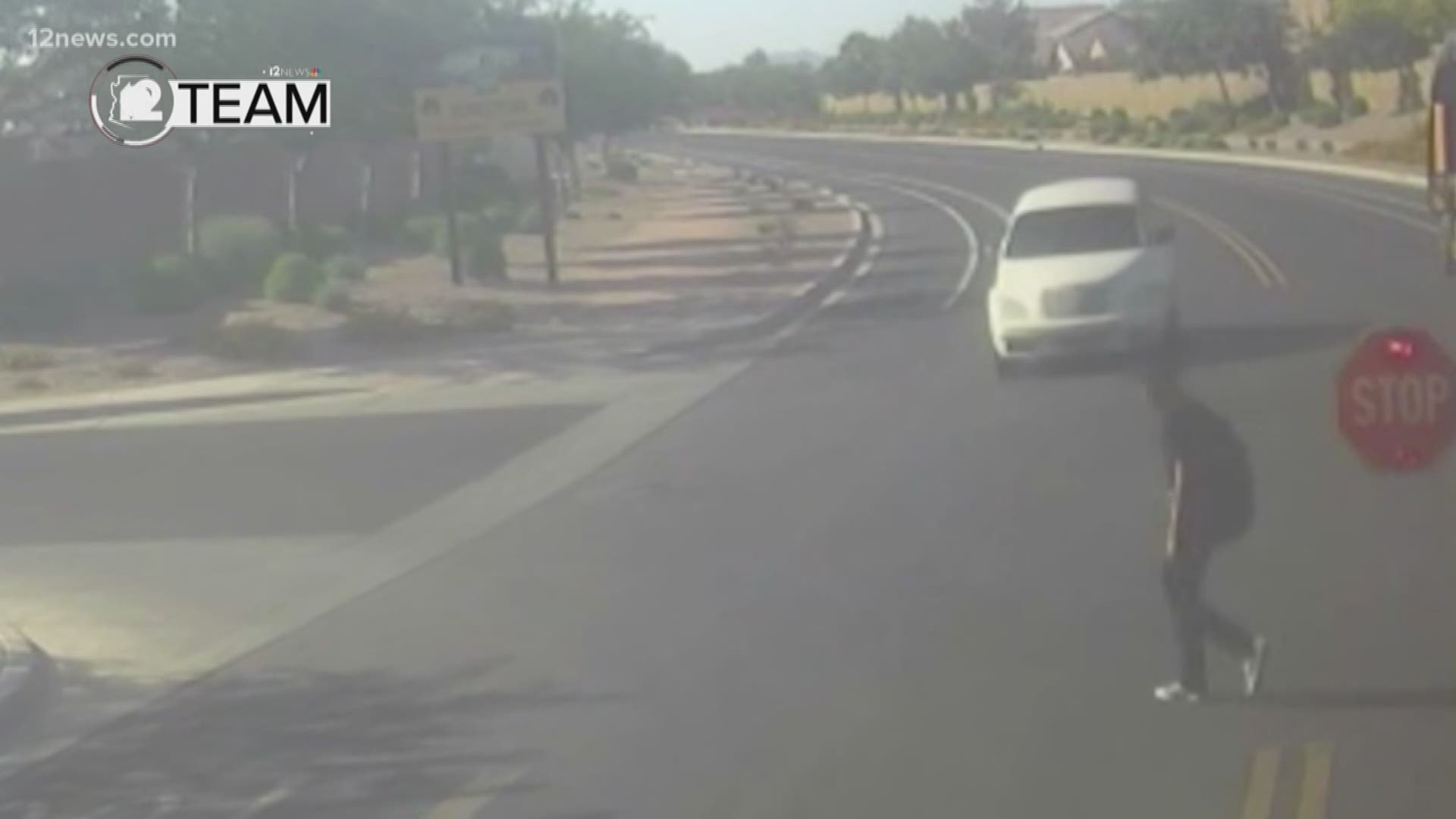 “You get somebody at least two-three times a day that run these stop arms," said Sergio Pulido, the director of transportation for the Maricopa Unified School District.

Pulido says his bus drivers are fed up with the illegal passers.

“They don’t see any students and they say, 'Well, I’m just gonna go ahead and go before they come out.' But we have students that get off the bus that not necessarily just walk this way, but they cross the front of the bus. Some of them take their time and some of them just bolt out to traffic," Pulido said.

Last year, bus drivers across the nation were surveyed, and nearly 84,000 illegal passes were recorded in just one day.

In October, all it took was one of those passes and three children in Indiana were killed.

"The mother had to run to the aid of her children as they lay lifeless on the concrete, so, I mean, they're doing as bad as you can expect a parent to be doing," said Elgin Ingle, the uncle of the victims.

Some school districts in Arizona, like Maricopa and Tolleson, have installed stop-arm cameras to identify drivers who put students at risk. At least 15 states have passed laws allowing for those cameras to lead to automatic citations.

But Arizona is not one of them.

"Get cameras out there that can trigger the stop arm runners and that can issue them a citation right there and then. That would be great," said Pulido.

As it stands, the only way to get a ticket in Arizona is if a police officer pulls you over.

Drivers who are caught on camera in Arizona get a friendly reminder in the mail saying that passing stopped school buses is against the law.

This is a sample of a letter a driver caught illegally passing a school bus might receive. (If you're having trouble seeing the document below, you can find it here.)

Some parents say that's not enough.

“It should be enforced because kids are a valuable asset to us and I would hate to see anyone, any child get hit by a motorist that wasn’t paying attention to the law," said James Ceasar, a grandparent.

“I’m not a big fan of cameras everywhere and giving people tickets for that. At the same time, something needs to be done about this," said Karl Janovec, a parent.

State Representative Richard Andrade sits on the Transportation Committee. He says it is time for Arizona's lawmakers to have a conversation because it's only a matter of time before one of these close calls ends with a student getting hurt.

“We need to do it before somebody gets killed because the last thing that we want to see is and hear about is a child that got killed because somebody blew through the stop sign," said State Rep. Richard Andrade.

Make your voice heard: If you have an idea to help make school bus stops safer in your community, let us know in the form below. Please send your name, contact information, where you're from and your idea.