Protesters push back against LMPD video, calling it 'incomplete'

After LMPD released aerial video of an incident that lead to an arrest during a Friday protest, some are raising questions about what wasn't shown. 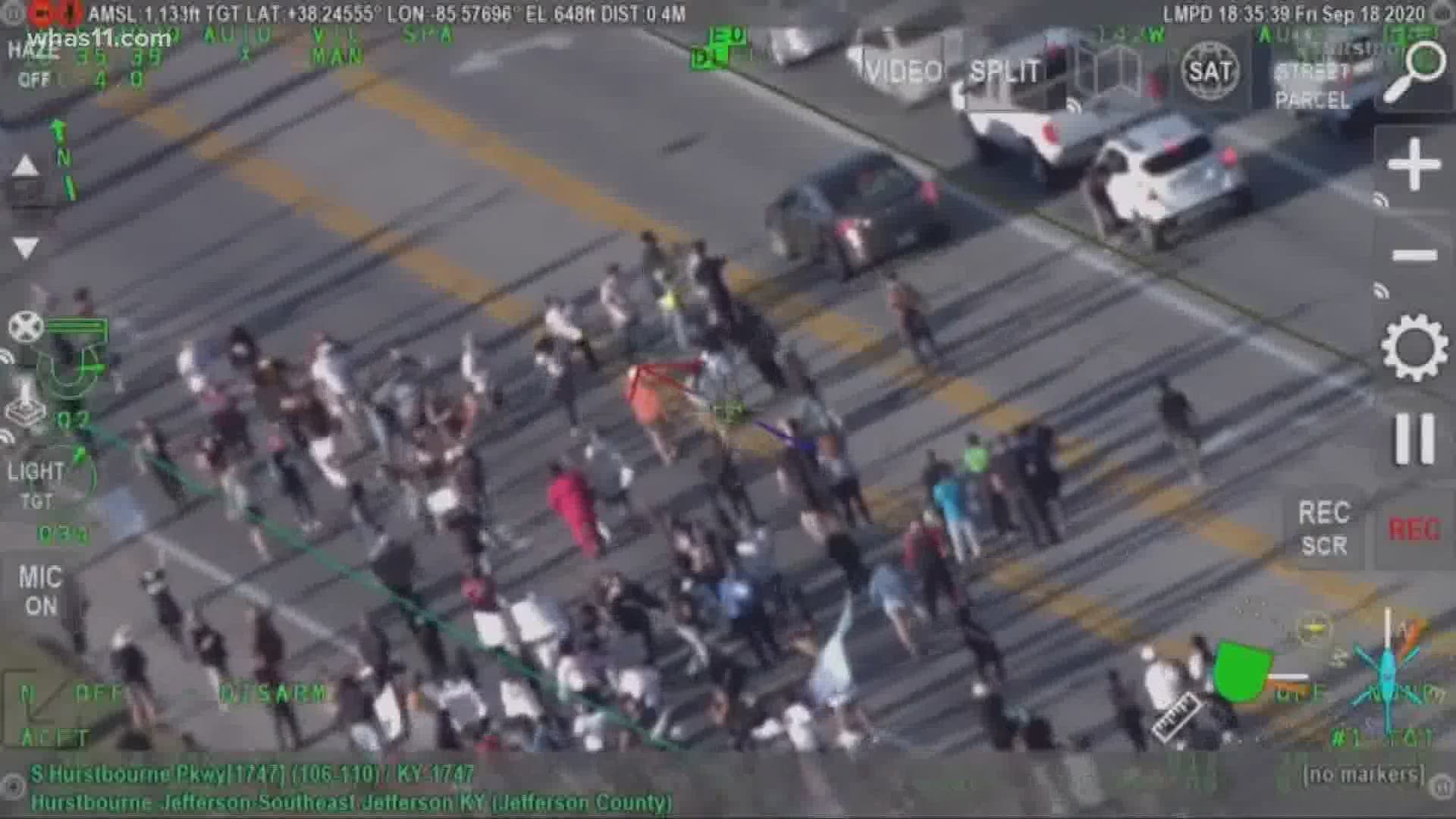 LOUISVILLE, Ky. — Protesters are raising new concerns about the depiction of an incident that lead to a protester's arrest on Friday.

Louisville Metro Police (LMPD) released the video on Facebook, showing protesters marching near Hurstbourne and Shelbyville on Friday afternoon. The protest was aimed at the Kentucky Attorney General's Louisville office, in regards to continued calls for justice in the Breonna Taylor case.

LMPD's video shows a car pulling up near protesters. Police describe individuals as, "surrounding and inflicting damage on the vehicle." They go on to say a woman, later identified as Robin Ash, pointed a handgun at the driver "placing him and others in extreme danger". Ash was arrested without incident, according to LMPD's Facebook post.

But now, others who were there and have video of their own argue LMPD's depiction of the incident is not the full story. They describe the driver as initiating the confrontation and also drawing a weapon.

Sheri Wright said, "he lunged forward at that point and then came to a very hard stop, he came out of his car with a gun and started waving it around at everybody."

Wright recorded the incident on her cell phone. Her video, also posted on Facebook, shows the man raising a gun as protesters approach his car. The video shows the driver pointing a gun at protesters, who are surrounding his car. He later drives away and then stops again, getting out of his car, waving the gun and then putting the gun away and looking for damage on his car.

"Why was he not arrested? He pulled his gun out before anybody else did," Wright asked.

WHAS11 took the question straight to LMPD. Sergeant Lamont Washington said the driver was not arrested because he was the victim.

"LMPD released the video to show the whole story," Washington said. "A still photo or single angle often doesn't do that. No charges are expected of the driver whose name will not be released since he was the victim."

LMPD did not provide a copy of Robin Ash's arrest citation on Sunday.

"If they felt threatened, if they felt their life was in danger they could have simply just driven away. But he didn't do that. He stopped twice and pulled his gun out," Wright said about the driver.