The explosion injured several firefighters. Emails between APS and ADOSH provide clues into what may have contributed to the accident. 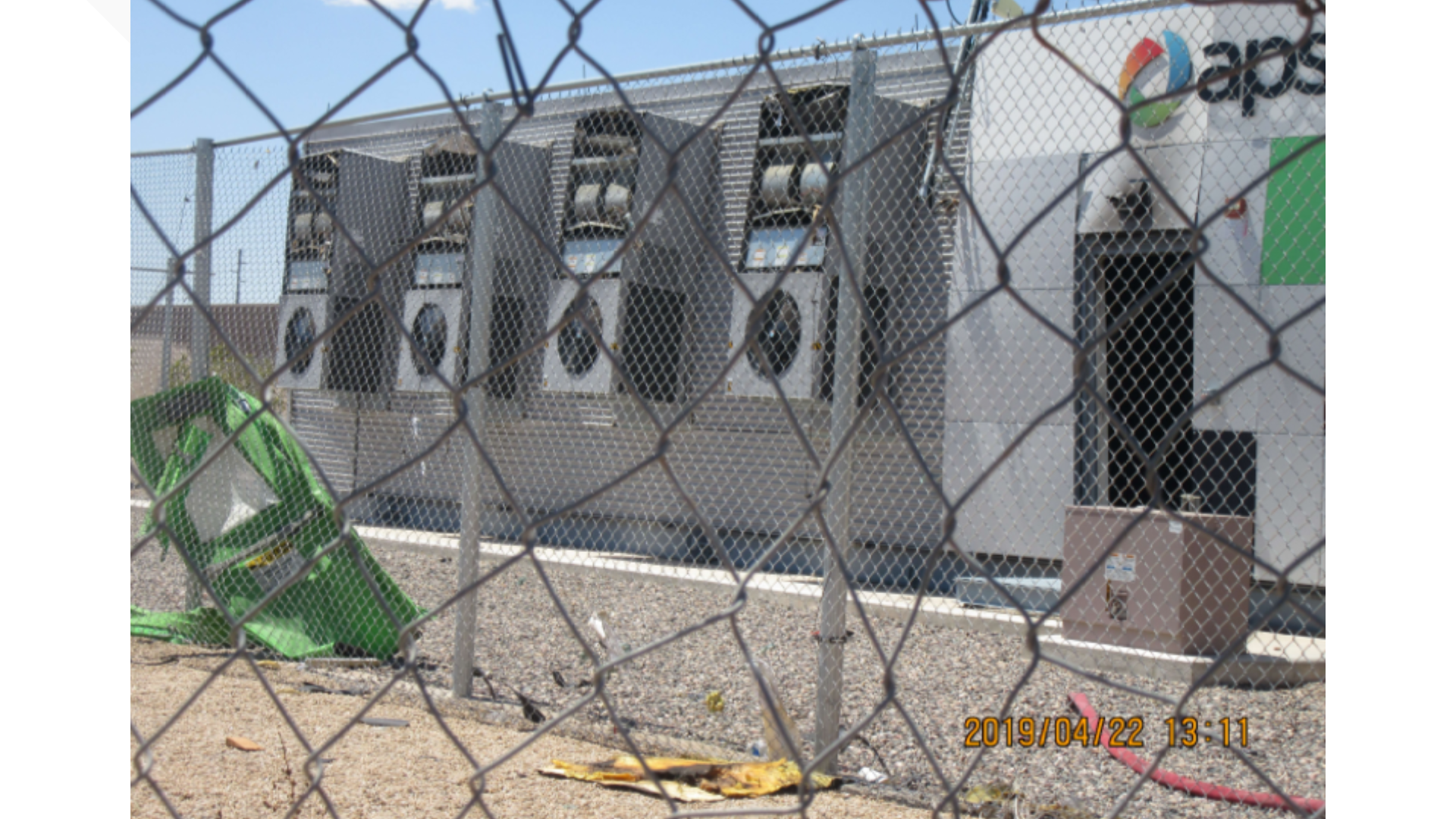 SURPRISE, Ariz. — A battery storage site that exploded and injured several firefighters was not equipped with a ventilation system that is considered a “requirement,” according to an official from the Arizona Division of Occupational Safety and Health.

ADOSH provided emails and investigative records to 12 News through a public records request that contain a portion of the investigation into the fire at the 635-square-foot facility near Deer Valley Road and Grand Avenue in Surprise.

The fire injured eight firefighters. A hazmat team arrived after reports of smoke and assessed the situation. They thought the area was clear so they opened the door to the facility. That's when the explosion happened.

The cause of the fire and explosion has not been determined.

However, emails between APS and ADOSH provide clues into what may have contributed to the accident.

Industrial Hygienist Jerell Viray of ADOSH wrote APS was required to have a “gravity” or “mechanical exhaust” ventilation system which would provide a complete change of air within the room and prevent accumulation of combustion products.

In response, APS Director of Corporate Safety and Health Services Phil Smithers wrote that the storage facility was equipped with alternative systems; including eight HVAC units, smoke dampers and a fire suppression system.

Smithers wrote that it was his understanding the battery storage system located in Surprise was exempt:

“APS’s understanding is that the McMicken (Surprise) Batter Storage System facility is exempt from the OSHA requirement to have a dedicated ventilation system installed for the ventilation of potential gases from storage batteries, per the Section 1910.305(j)(7) standard.”

Another section of the records show an ADOSH evaluation of APS’s Safety and Health Program rated as “Average.”

Despite the concerns raised, ADOSH concluded that APS did not violate federal safety standards. In the records released, there is no clear conclusion as to whether APS was exempt from the ventilation requirements.

PREVIOUSLY: 2 Peoria firefighters readmitted themselves to hospital days after explosion in Surprise

1 / 9
Arizona Division of Occupational Safety
Photos by ADOSH show the site of the explosion that injured 8 firefighters in April.