Spaulding was indicted Thursday, accused of sexually assaulting two boys under the age of 15 from 2003 to 2007. 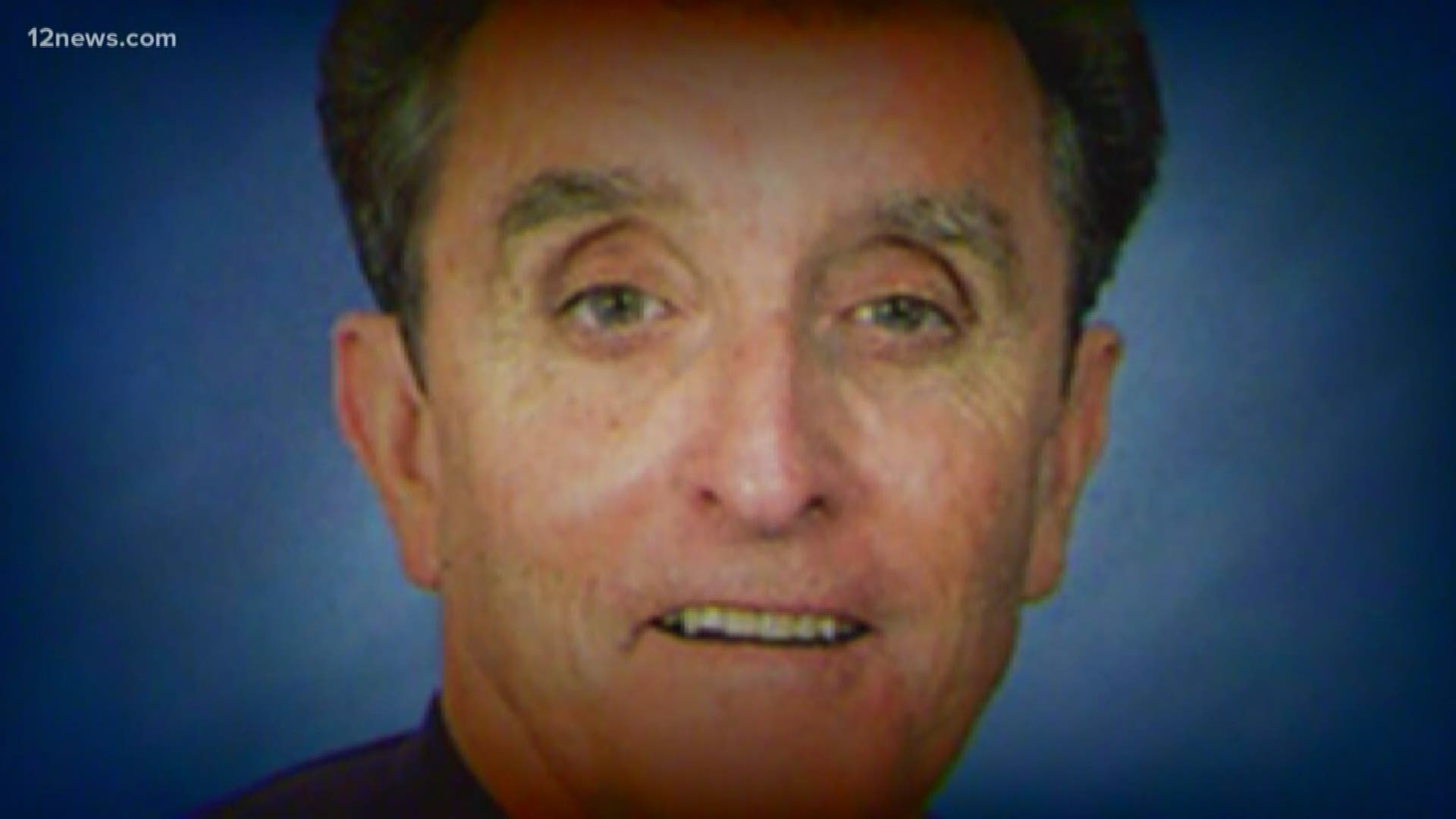 PHOENIX — A Valley father tried suing the Diocese of Phoenix back in 2012 claiming his son was molested by Father John Spaulding and died because of it.

Nearly a decade later, that priest has been indicted, accused of sexually assaulting two other boys under the age of 15.

Pain Jr. had broken into his father's Scottsdale home while under the influence of meth.

In a lawsuit, Pain Sr. says his son's behavior was out of control. He says he was suicidal and was abusing drugs. He says it's because he was molested by his priest, Father John Spaulding.

The lawsuit says Spaulding became close with Pain Jr. claiming to help him through his parent's divorce. Pain Sr. says the priest would go on to molest his son multiple times throughout the 1980s when Pain Jr. was 13 years old.

Spaulding has worked at Catholic churches across the Valley in Mesa, Phoenix, Scottsdale and Glendale.

“We know that Father Spaulding ran a program called Life Teen that he used to identify children and groom children for sexual abuse," said Pastor.

Spaulding was suspended by the Diocese of Phoenix in 2011 after credible allegations of sexual misconduct with a minor.

More victims have come forward since.

“Finally maybe this epidemic within the Catholic Church and within the Diocese of Phoenix can be exposed," said Pastor.

The Diocese released a statement saying in part:

The Diocese of Phoenix is committed to providing a safe environment where it values and honors every individual as created in the image and likeness of God. Bishop Thomas J. Olmsted and the Diocese of Phoenix urge anyone who has been a victim of abuse or who may have information concerning these allegations to call the Maricopa County Attorney’s Office or their local law enforcement agency.

Pastor says the Diocese knew about Spaulding's behavior and should also be held accountable.

“They absolutely share responsibility because they covered it up and they let it occur," said Pastor.