In an eye-opening interview, Bishop Thomas Olmsted acknowledged the sex abuse happening within the Catholic church and talked about the resources the Roman Catholic Diocese of Phoenix is providing to survivors. 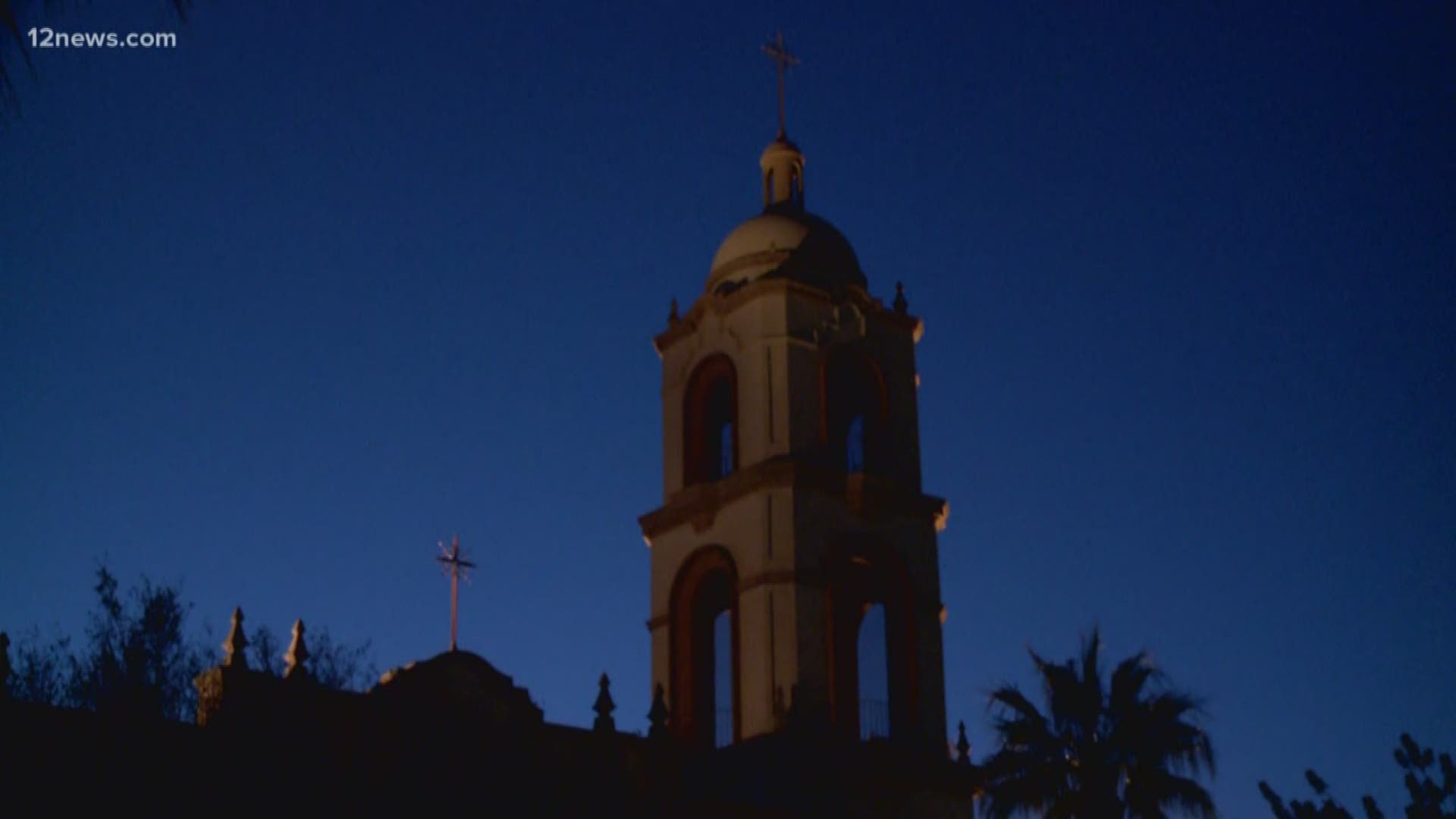 PHOENIX — In a rare sit-down interview, Bishop Thomas Olmsted, the fourth bishop of the Roman Catholic Diocese of Phoenix and leader of 1.2 million Catholics, opens up about the state of the Catholic Church and the positive work that’s being done in the community locally, as the Phoenix Diocese is one of the fastest growing diocese in the U.S.

“We want them to feel welcome here, we want them to be able to put their gifts at the service of this local community as well,” said Bishop Olmsted.

During the Bishop’s 16 years here, there has been a number of charitable outreach efforts.

Currently, the Diocese of Phoenix is behind a $100 million capital campaign called “Together Let Us Go Forth,” a three-year initiative that will provide for the future of local Catholic churches, schools, charities and the faithful.

“What I hope above all is that people believe that Jesus Christ is with us today. We’re not alone, that if he’s with us, there’s hope and there’s also all that we need in order to meet the challenges of our times, and also to be a witness to hope, a witness to truth, and a witness to beauty and good in our society,” said Bishop Olmsted.

But globally, Bishop Olmsted is also candid about his thoughts on the sex abuse scandal that has plagued the Catholic Church.

Pope Francis recently held an unprecedented summit at the Vatican to address the sex abuse within the Catholic Church.

There were about 190 people as part of the delegation to the meeting. Among the several from the U.S. were Cardinal Daniel DiNardo, president of the U.S. Conference of Catholic Bishops, Chicago Archbishop Blase Cupich and Boston Cardinal Sean O’Malley.

During this summit, Pope Francis urged bishops around the country to “listen to the cry of the children who ask for justice.”

"But we also need to hold accountable those who not only abuse, but if anyone covers up the abuse, and that’s what I’m pleased about because I’m hearing that Pope Francis intends to address that very directly on the basis of what he’s heard at this summit.” 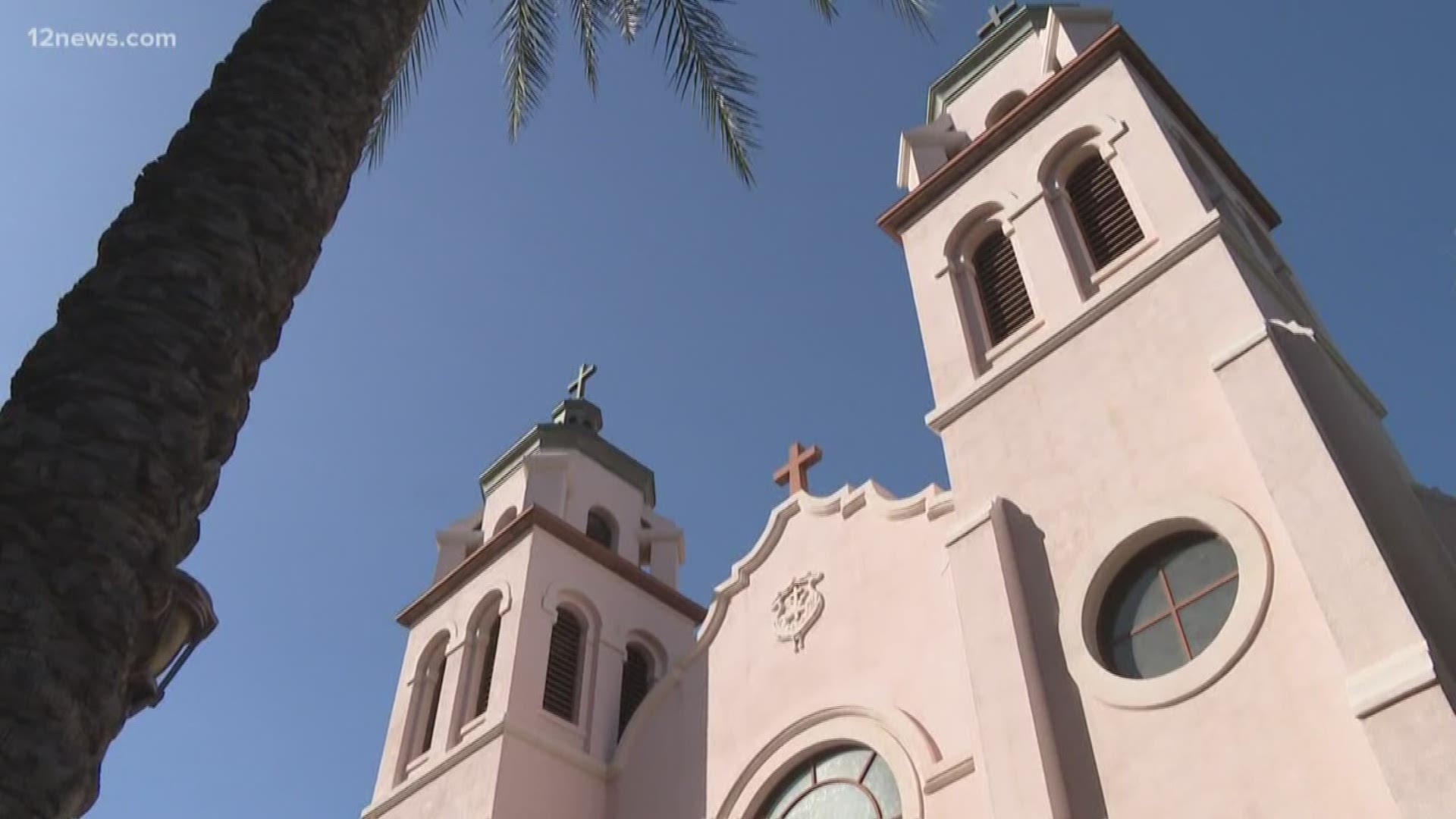 I asked Bishop Olmsted what he would want to say to these survivors of sexual abuse.

He replied, “I want to say to them that I’m very sorry for what they’ve suffered. And that I wish them to come forward so we can assist them to move beyond this really terrible injustice that was done to them.

In terms of the way the church is assisting and addressing abuse, Bishop Olmsted explained, “For example, when you talk about here in the Diocese of Phoenix, we train about 30,000 adults, these would be priests, deacons, lay leaders, these would be volunteers, employees, all those are trained on safe environments, how to create safe environments. And then we train about 30,000 of our young people so they’re aware if someone is stalking them or if someone is trying to move in a direction that would not respect their full dignity.”

Just this week, there was also more fallout within the Catholic Church with Cardinal George Pell, who was convicted of sexually abusing children.

Pell was one of the closest people to the Pope and one of the most powerful men in the Catholic Church.

Bishop Olmsted said he was surprised by this news, as well as others, and added, “But I’m glad it’s coming out. The only way these very dark, horrible evils can be brought to an end is if they’re brought to the light of Christ, to the light of day. So we can only address them if we know about them. I’m pleased that they’re coming forward. And I hope that people will continue to bring forward any accusations that are based on truth.”

There have also been allegations that priests and bishops in the Catholic Church had sexually abused nuns, and for the first time, Pope Francis has publicly acknowledged the issue.

In response to that revelation, Bishop Olmsted said, “Any kind of abuse is a great, great evil because the human dignity of every person from the moment they’re conceived in the womb all the way through life is something that we have to be deeply concerned about. And whenever someone is abused, especially the younger they are, the more innocent they are, the more vulnerable they are, the greater the responsibility of the adults and those of authority in society to address that very decisively.”

Every year, twice a year, Bishop Olmsted holds a special mass for survivors of sexual abuse in the Catholic Church.

He then spends more than an hour visiting with individuals after mass, hearing the horrible suffering they’ve experienced.

“It’s heartbreaking. But I’ve also discovered—because not only do I have mass with them twice a year, I meet with them also, those who have been abused when it’s helpful for them to do so—in the beginning, they’re often so angry or so hurt that they have to have some help from a counselor or someone like that. But I’ve met with many, many of whom have been abused. Those have deeply touched my heart.

"And they’ve convinced me that what the summit was about last week in Rome and what we need to be about is really addressing this straight on and really bringing real help so that this does not happen again. There'll be no cover-ups that are there so that every single child will have a safe environment within the church and every parish,” he said.

Bishop Olmsted also holds grief to grace retreats at the Diocese of Phoenix.

“Grief to grace retreats are retreats that are held usually for four days in which there’s a priest present, there’s a counselor present, there’s those who understand the kind of terrible journey that it is is to come from being abused, especially as a minor, and then to coming back to becoming healthy and whole again,” he said.

There are also church bulletins in every parish for help and consolation.  And there are websites that help survivors as well.

The Catholic Sun is a daily website and monthly newspaper. There are stories about youth protection, and "Keeping Our Eyes Fixed on Jesus" is the response to the scandal in the church.

In light of everything, Bishop Olmsted hopes these allegations of sexual abuse within the Catholic Church encourage people to come forward.

“I hope that it will also give them confidence that God loves them and that others of us in the church are reaching out and really want them to get back on their feet," he said.