A 74-year-old woman was spinning as she was hoisted off Piestewa Peak Tuesday. Phoenix firefighters said it's a rare occurrence, but it does happen. 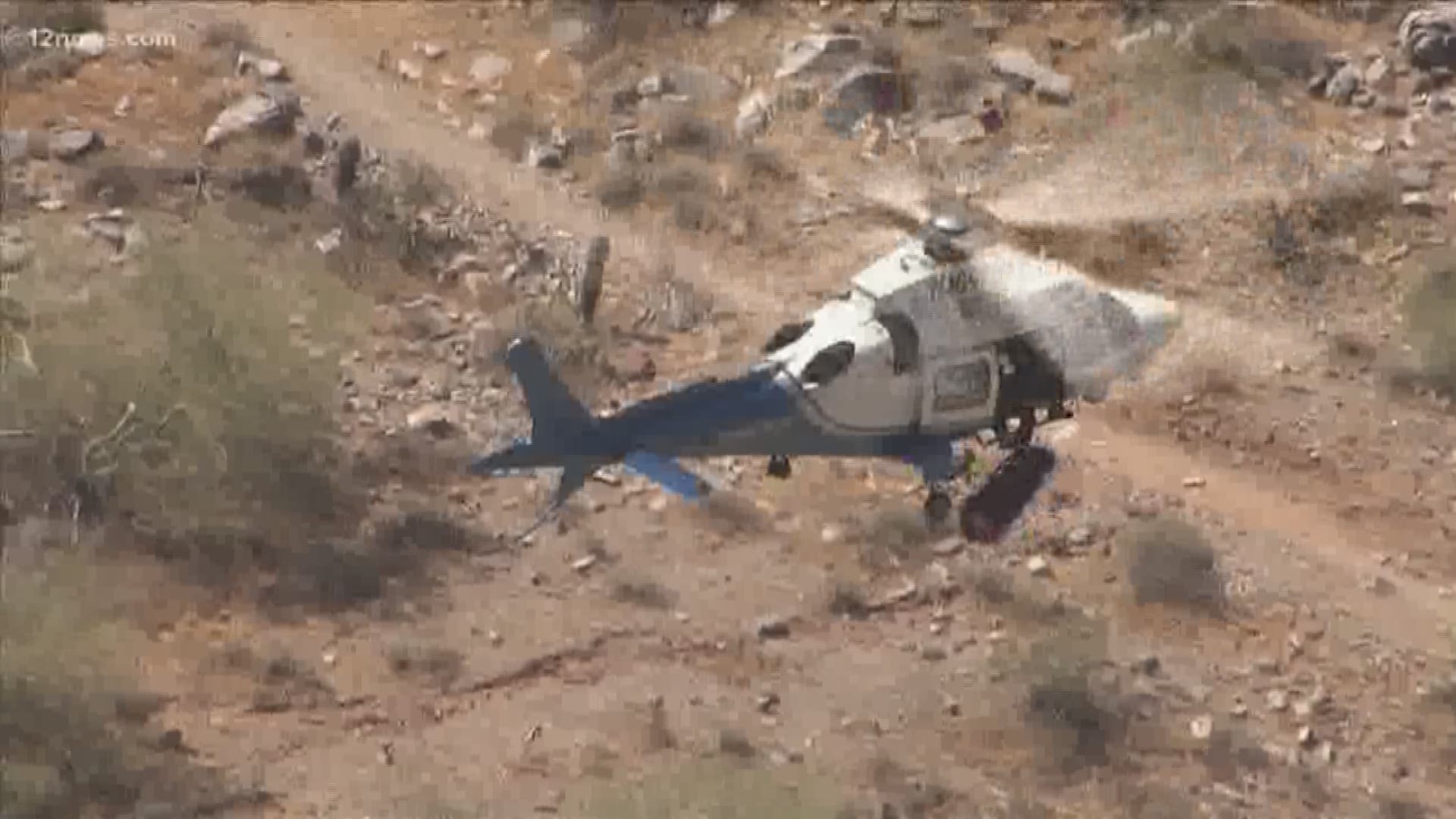 PHOENIX — A 74-year-old woman was left spinning in mid-air when she was airlifted from Piestewa Peak Tuesday morning.

Rescue crews responded to reports of a hiker at the mountain with facial and head injuries who was feeling dizzy and unable to walk on her own.

The woman was placed in a Bauman Bag and Stokes Basket to hoist her off the mountain. However, as the helicopter pulled her up, the basket began to spin fast.

Phoenix firefighters said it is a rare occurrence, but it has been known to happen. In fact, they said they encounter this situation during training.

“It’s something that occurs every now and then and we’re trained to deal with it,” said Paul Apolinar, the Phoenix Police Air Unit’s lead pilot.

Of the last 210 rescues, it has happened twice, Apolinar said.

A line is designed to keep the basket from spinning, but sometimes it doesn’t work. In this case, the line eventually broke, said Derek Geisel, the pilot in command of the helicopter during the rescue.

In the video, you can see the patient was lowered and brought back up. Geisel said this was an effort to stop the spin. Eventually, the forward motion of the helicopter helped slow the spinning to a point where the hiker could safely be brought up to the aircraft.

Because the woman was well secured, she suffered no ill effects from all the spinning other than dizziness, said Bobby Dubnow, a captain and rescue technician with the Phoenix Fire Department.

Rescue crews at the landing zone gave the woman medication to treat her nausea and took her to a local trauma center.