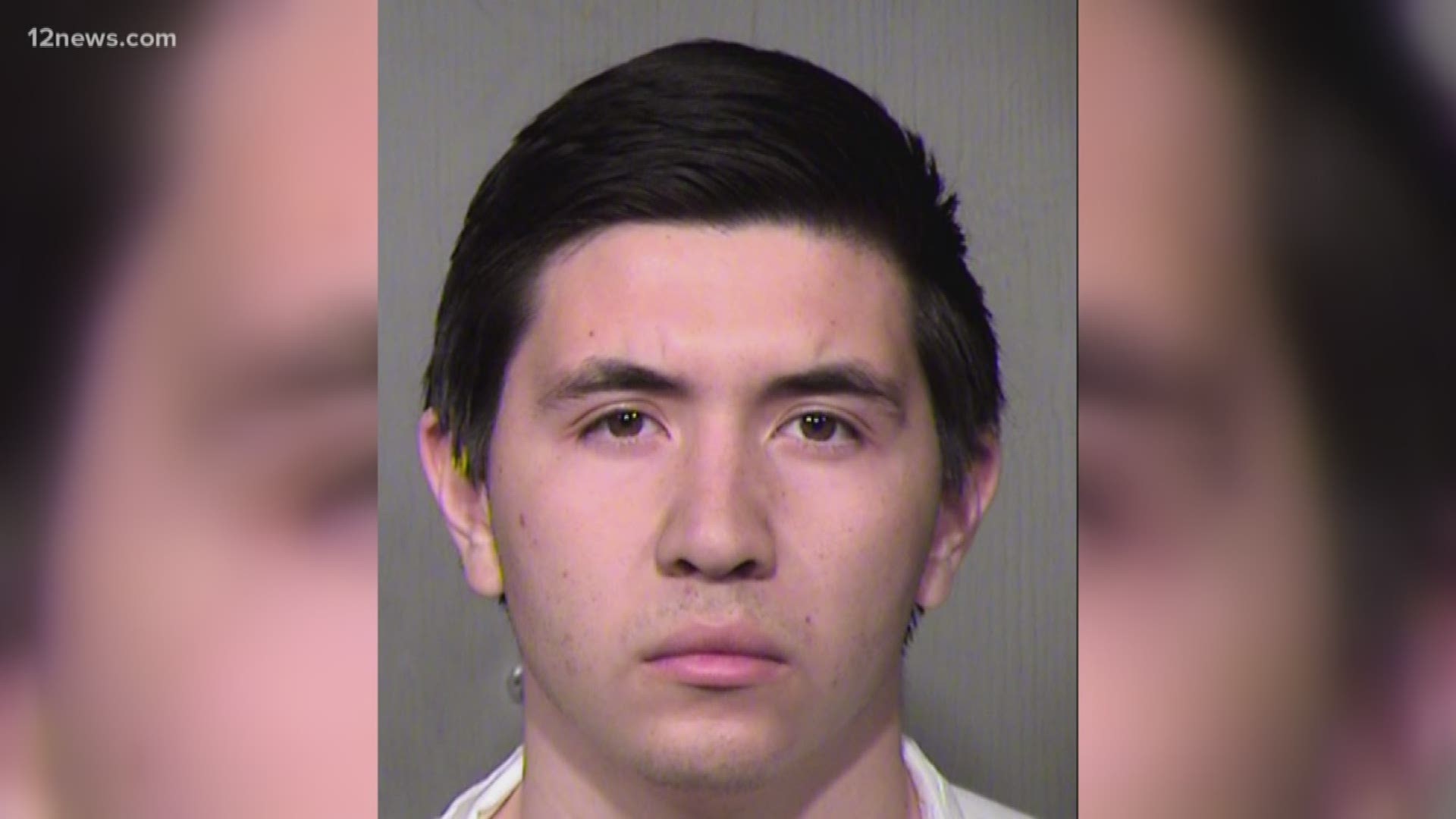 PHOENIX — A 20-year-old man is accused of striking a pedestrian on a sidewalk while driving under the influence.

According to the Phoenix Police Department, Zachary Showers was driving on McDowell Road near 37th Street on Tuesday night when he left the road and drove onto the sidewalk, hitting 35-year-old Thomas Taraba.

Police said Showers did not stop after hitting Taraba and continued to drive until abandoning his car, a Chevrolet Aveo, near McDowell Road and 42nd Street.

Showers returned to the scene and showed signs of impairment, police said.

Taraba was transported to the hospital where he died, police said. He was walking with another person who was not injured.

Police said Showers was processed for DUI and booked into jail on one count of manslaughter, leaving the scene of a fatal collision and endangerment.

This incident happened the same day Phoenix City Council rejected a plan to deal with the alarming increase in pedestrian deaths.

Arizona is the most dangerous place in the country for pedestrians, according to 2017 numbers from the Governor’s Highway Safety Association.

RELATED: Arizona has the highest rate of pedestrian deaths in the country, study shows