Two soldiers from two generations...both fought to bring us together. 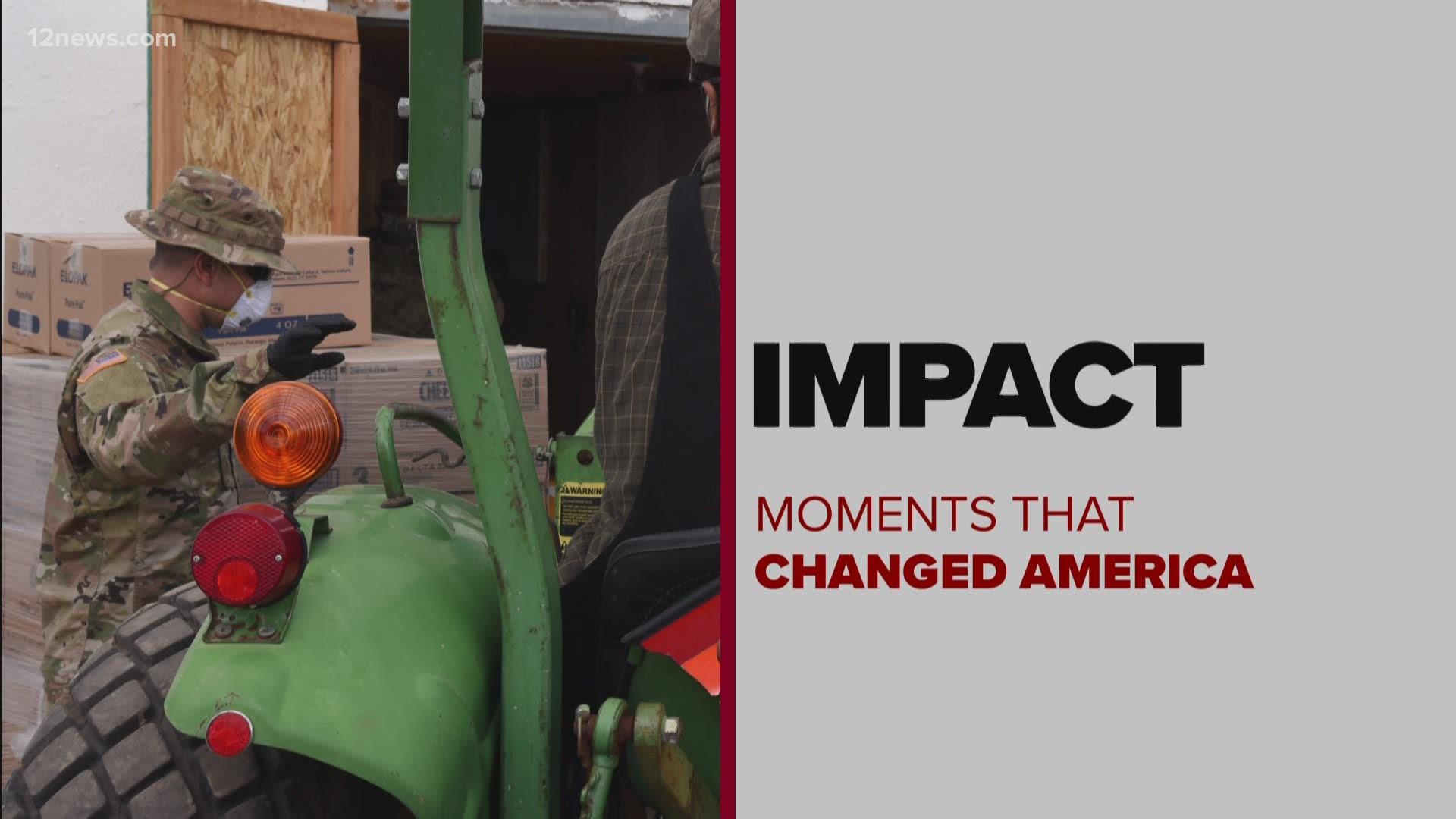 PHOENIX — What brings us together? Especially these days, in this climate what makes us come together for one cause: survival?

Two events in history have done that. We're living through one of them.

Lt. Lisa Levine has served in the Arizona National Guard for 15 years. She started out being a medic. That's what she did during her tour of duty in Iraq in 2007.

She transferred to logistics where she thought she was done with medical missions.

Then the coronavirus changed her mission.

"it's definitely different. I never thought 15 years ago that I would be serving during a pandemic," Levine said.

Now, Levine works to get other soldiers and airmen the tools, vehicles and supplies they need to help others in Arizona. The Arizona National Guard is currently helping deliver supplies, groceries and medical supplies around the state.

In 1932, Henry Dubay was living through the Great Depression. There were no jobs, there was no money.

"President Roosevelt had just become president," Dubay said. "No car, no transportation, nothing. The times were pretty rough."

World War II was on the horizon, and it brought more shortages and more uncertainty.

Dubay's way out was the U.S. Army Air Corps. He enlisted before the war started and served through the war and beyond.

He dropped paratroopers on D-Day, and always concentrated on the mission before him. He says it's how he kept the fear at bay.

"We had two secret weapons," Dubay said. "The Manhattan Project, [and[ we had resolve."

"It was an altruistic atmosphere," Dubay said.

World War II brought rationing, recycling, and a common mission. To lose would mean the end of life as they knew it.

"You were helping your fellow man and helping the nation," Dubay said. "Now, does that occur today?"

"As a community it's amazing and it's wonderful to see our communities come together," Levine said. "We're stronger together."

RELATED: How to observe Memorial Day in the age of coronavirus

RELATED: Trump orders flags lowered to half-staff for those who died from coronavirus