"We literally didn't even see it until it was in the car." 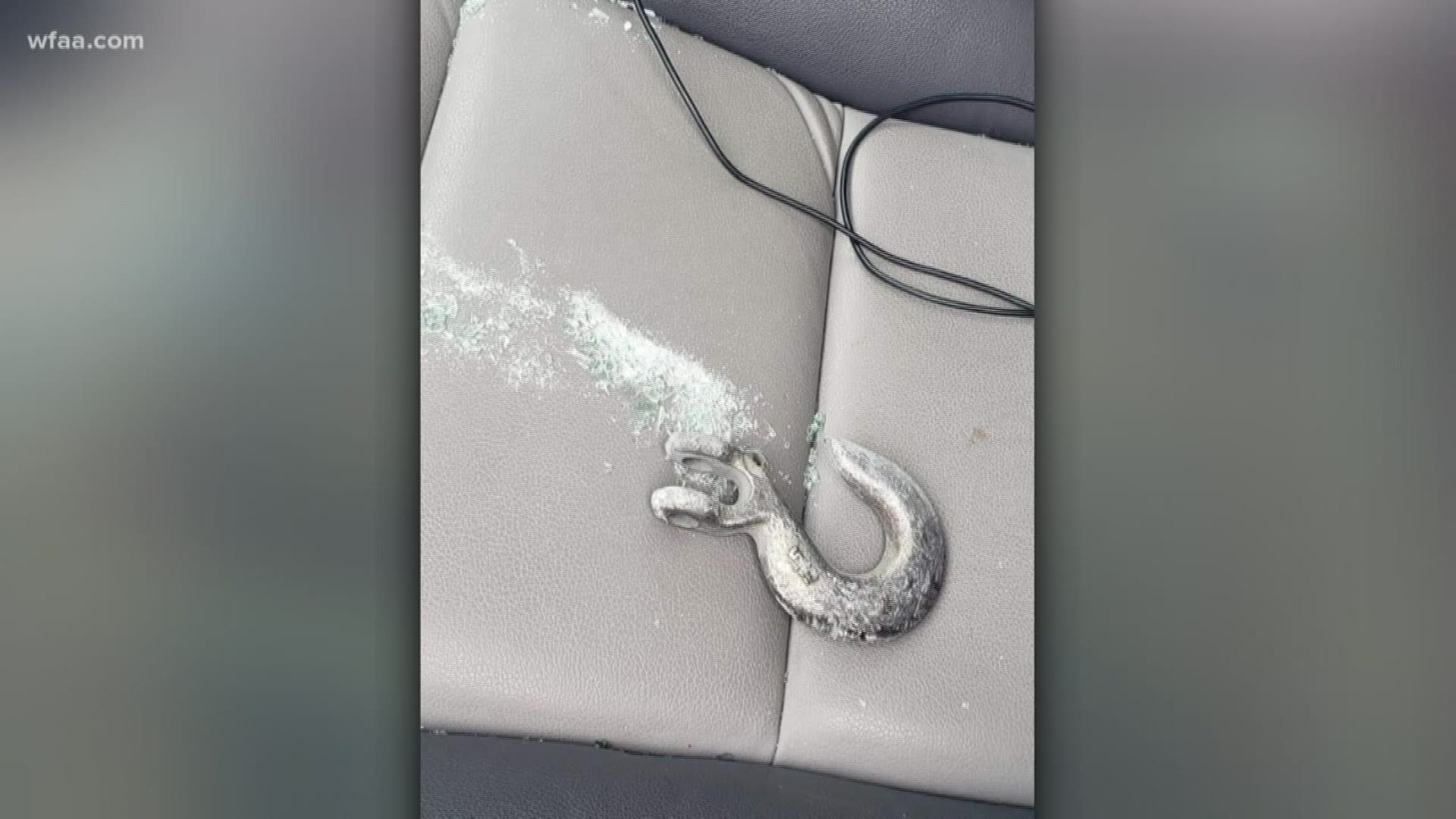 FRISCO, Texas — What deserves a place on the bookcase in the Biddulph home may not be what you think. There's a worn metal hook sitting on a shelf in their living room.

"It has a story to tell," mother Carolyn Biddulph said. "It will have its place somewhere some day."

That hook carries significance because it crashed into their car as the Biddulphs were driving south on the Dallas North Tollway last Saturday. The hook pierced through the front windshield.

"We literally didn't even see it until it was in the car," Carolyn said.

It was found wedged between the seats. But before it landed there, it struck Biddulph's daughter, Sierra, in the hip.

Sierra is a brand new driver who has been driving nine months on a permit. On Saturday, she got a lesson in driving that can't be taught in a classroom.

RELATED: Don't text and drive: How to minimize distractions on the road

RELATED: Dallas-Fort Worth cities have longest commute times in Texas

RELATED: Does the color of your car make you more likely to get a speeding ticket?

"All of a sudden there was this loud explosion and I felt something hit my hip," Sierra said.

It certainly rattled the young driver, but she managed to stay focused on the road. She quickly pulled over to the side where they were able to get some help.

"It's amazing how much impact a small object can have coming through a car when you're going down a highway," her mother said.

Especially when it deals with the unsecured things that fly off vehicles.

"They've seen tires, drywall, and tools and you name it," Haschel said.

The Texas Department of Transportation said the latest figures are from 2017 and show there were more than 1,200 crashes that year where the contributing factor was "Load Not Secured."

"A 20-pound object traveling at 55 mph...that impact could be as much as a half-ton," said Haschel.

Haschel reminded drivers to tie things down and for all other drivers to keep a safe following distance.

"I could tell she was so rattled," Carolyn Biddulph said. "She did such a great job and she stayed in control."

The Biddulphs are thankful because his could have been much worse. Instead, it is a teaching moment for all of us.