I went into labor ... and tested positive for meth

Maggie Downs didn't use drugs - but nobody believed her. Here's the mind blowing story 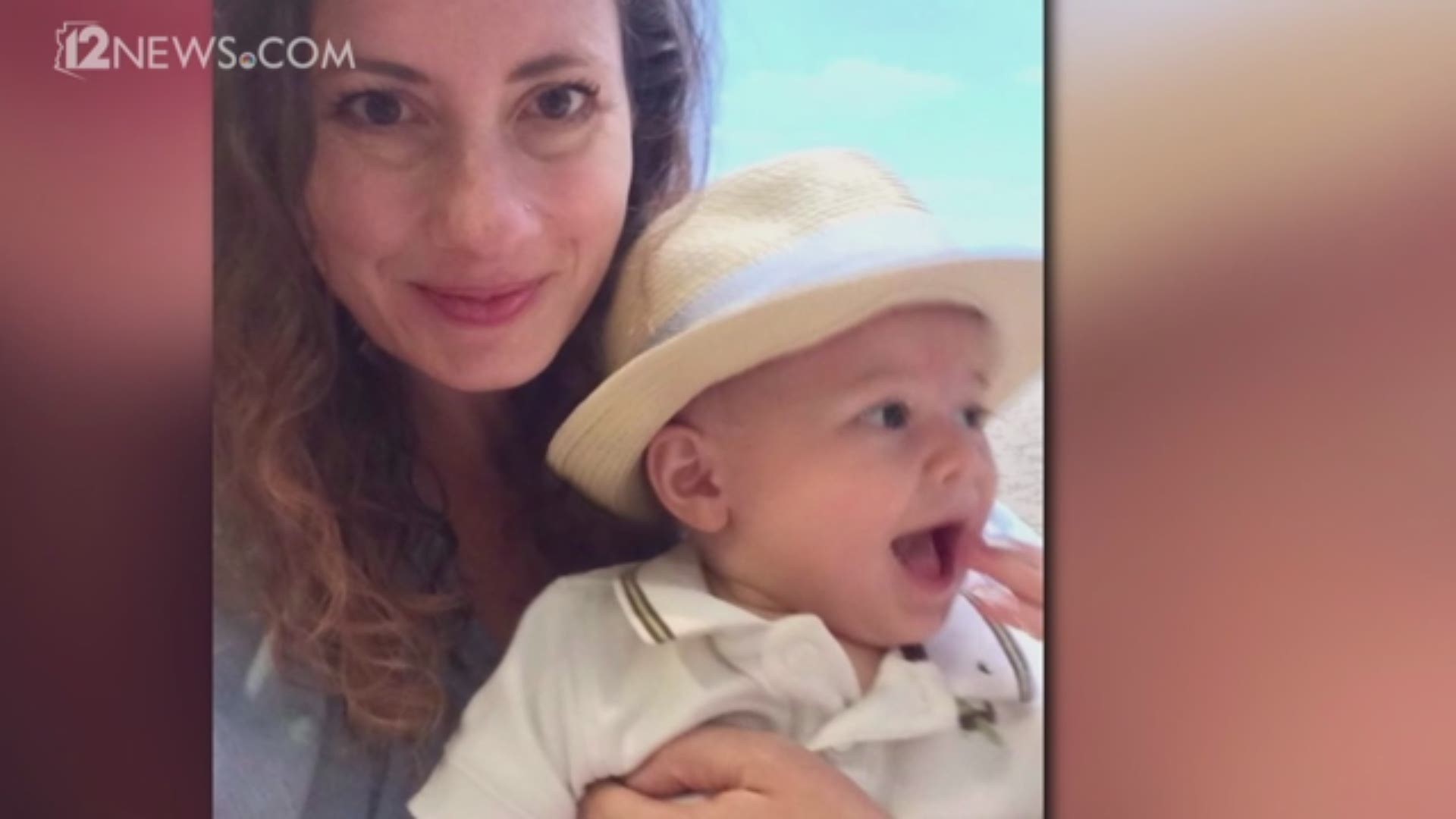 It should be the most exciting time of a woman's life. You're gearing up to meet that tiny person who's been growing inside your body for almost a year and preparing for the biggest change you will probably ever experience.

It can also be the scariest time, too, especially if you've lost a baby or struggled with infertility.

Carrying my son was the most amazing thing, and I appreciated every single moment because motherhood was something I desperately desired.

But miscarrying my first - a baby girl - was like getting hit by a truck - and after learning I was pregnant for the second time, I was scared as hell to "step back into the street," so to speak, at risk of being knocked down again.

At the beginning of my pregnancy, trips to the bathroom were plagued with fear. In the second trimester, worries evolved. Was he kicking enough? Did that pothole I ran over cause permanent damage to my growing baby? Or how about last night when I rolled onto my belly? The list went on and on.

I watched what I ate like a hawk. Gone were the days of deli meat, sushi and beverages containing caffeine or artificial anything.

I treated my body like a glass bubble that could shatter at any moment.

It's easy to develop that mindset after experiencing a loss, where the innocence is ripped away and your entire existence is dedicated to your baby's survival.

That was the case for Maggie Downs, a southern California mother-to-be who was prepared for anything, but never expected the nightmare that occurred when she went into labor with her son in 2014.

At two weeks past her due date, Downs checked into the hospital, ready to meet her baby boy. She spent the last nine months living clean as a whistle, eating organically and staying away from everything on the list of pregnancy "no-no's."

About seven or eight hours into her labor, a nurse followed her into the bathroom.

"Just so you know, you've tested positive," she tells her.

Thoughts fill Maggie's head - but nothing could prepare her for what came next.

"You tested positive for methamphetamine."

Maggie laughs to herself, thinking that the hardest "drug" she ingested during pregnancy was Tylenol. She offers another urine sample.

While waiting for the results, Maggie's labor progresses. Her husband plays "Push It," the Spotify playlist she created, and focuses on a picture of Beyonce, her inspiration for the day.

Contractions rip through her body like electric shocks, causing the baby's heartbeat to drop each time.

In the mist of this, the nurse returns to her room with the latest test results.

“This isn’t right,” she screams.

Her husband is livid.

“You tell them," he yells to the nurse. "I don’t care who you have to call. The lab, the social worker, the doctors. You tell them they’re wrong.”

The nurse tells her that the baby will be tested for drugs and that Child Protective Services will be contacted to evaluate her fitness as a parent. She's told she can not breastfeed her baby.

Maggie is speechless and in a state of shock. What on earth could possibly be causing this horrific mix-up?

Her hands shake as she makes the connection.

PLEADING FOR ONE MORE TEST

Maggie suffers from asthma and takes puffs from a prescribed albuterol inhaler, which was obviously cleared with her doctors during pregnancy.

Her husband and doula race against the clock, scouring the internet for information about asthma inhalers and drug tests.

He flips through through articles from Drugs.com and CBS News as proof, frantically waving his phone in front of every nurse who walks by.

Maggie pleads for one more test to prove her innocence.

“You can take this up with CPS,” a nurse tells her, showing absolutely no emotion.

Hours pass by, and the nightmare - something Maggie can't believe is real - continues.

At 9:56 the next morning, her son is born via emergency c-section. What should have been the happiest and purest moment of her life had somehow turned into the most convoluted scenario imaginable.

Baby Everest as a newborn&nbsp;

"When I change my son’s diaper for the very first time, there is a plastic bag covering his genitals," she explains, "a band of tape cinching it tight. It doesn’t strike me as abnormal until the nurse peering over my shoulder shakes her head no."

“I don’t think that’s enough urine for a sample,” the nurse says. “We’ll have to do it again.”

"Of course," Maggie realizes. "They have to test my child for drugs, and this is how it’s done. It’s one of the saddest things I’ve ever seen, this tiny baby part wrapped in plastic, this uncomfortable, squawking child. His skin is so silky and new, the plastic so crinkly and manufactured."

For the next three days, Maggie recovers from surgery while trying to breastfeed her son. Nurses are reluctant to hand him to his mother, calling her irresponsible.

“This woman tested positive for methamphetamine,” nurses say to one another during shift changes. “She has been briefed on the risks associated with breastfeeding, and she refused our advice. She is breastfeeding at her own risk.”

A social worker visits on the day Maggie is set to take her son home. He says her son's drug test is negative and that he doesn't think she's on meth.

But his hands are tied.

EVERY NIGHT SHREDS ME TO PIECES

“Just expect (CPS) to show up at any moment, is all I’m saying,” he tells her.

Maggie and her husband take their baby boy home, watching the anticipated perfect moment wash away before their eyes.

"The weeks that follow are dark," she says. "I don’t know if I would have experienced the same level of postpartum depression without failing those drug tests. But I do know most other mothers don’t spend their first few weeks with baby the way I do – the shades drawn, peeking out from behind the blinds, examining each car that drives past. Every phone call, every knock at the door, every pop of gravel in the driveway sets my heart racing. Every night shreds me to pieces, wondering if my son will be whisked away by morning ... It seems insane to think someone could take my child away, yet testing positive for meth once seemed insane too."

Three weeks pass, and the hospital social worker calls. He tells Maggie's husband that further testing revealed that she was not taking drugs.

"My son is asleep against my shoulder, and I don’t want to disrupt him," Maggie says. "Instead I walk over to the patio door, pull open the blinds, and for the first time in weeks, let the light in."