'I think it was time for him to go': Family mourns death of Valley boy injured in barbecue explosion

12-year-old Samir was severely injured in a grilling accident, suffering third-degree burns over 95% of his body. Samir passed away on Wednesday from his injuries. 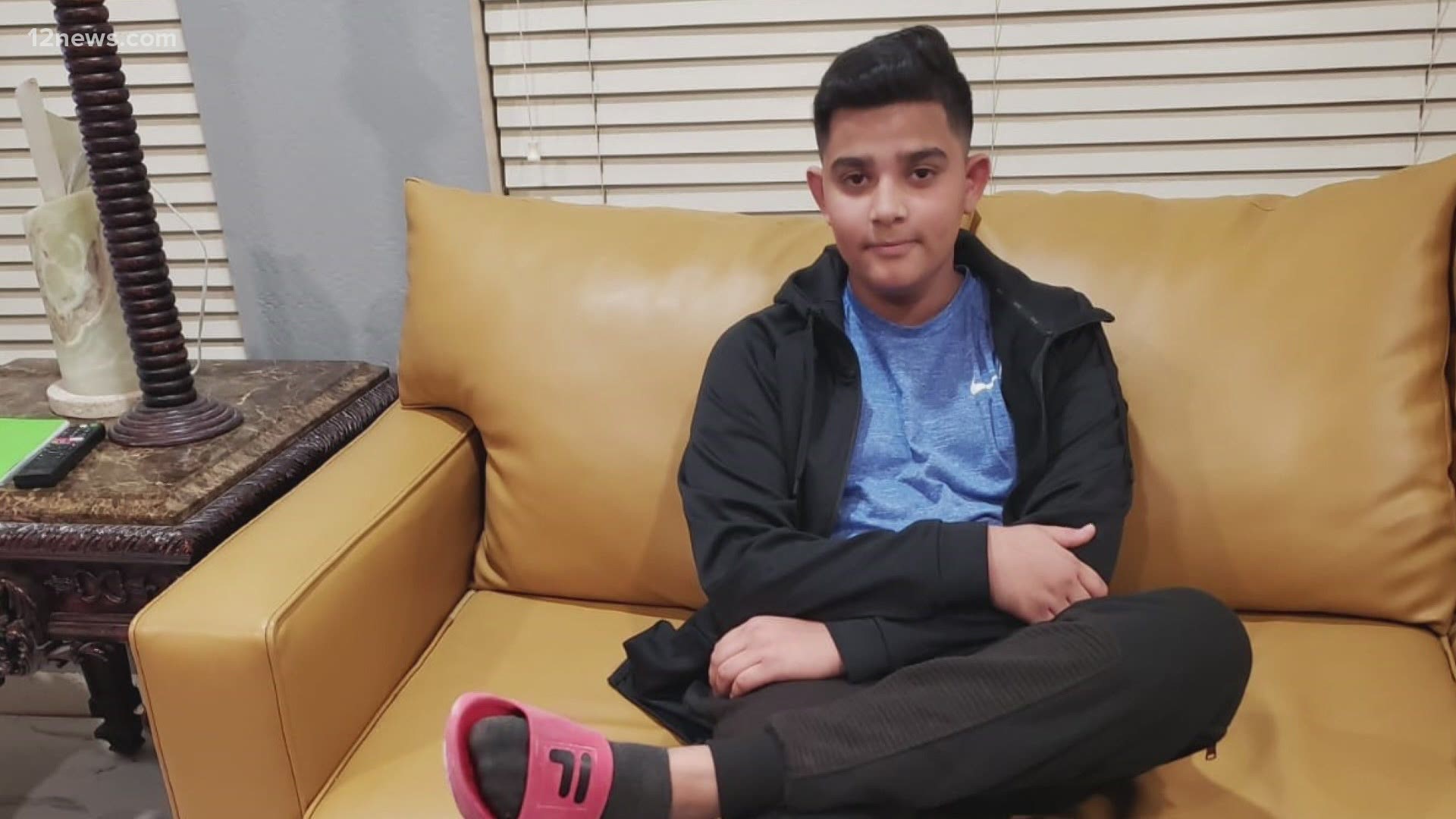 GLENDALE, Ariz. — After three weeks of fighting for his life, the 12-year-old boy who was badly burned in a barbecue grill accident last month in Glendale has died.

Samir Attar suffered third-degree burns to 95% of his body after he used gasoline to light a grill in his backyard, which caused an explosion. His father, who tried to help him, was also severely injured.

“All of us have difficult time without Samir,” said Wela Attar, the boy’s mother. “The doctor’s tried so hard, nurses also. They were working 24 hours to help my son, but I think it was time for him to go."

Samir died on Wednesday after undergoing multiple surgeries and being treated in the burn unit at Valleywise Hospital.

Samir’s mother says her family is incredibly grateful for the outpouring of support and prayers they received from the community in this difficult time.

“It’s hard for me to hold my tears [back] and hold [on to] my two daughters and husband,” Attar said. “He’s missing my son so much. He has struggled to sleep. We all cannot sleep at night."

As they cope with the loss of young Samir, Attar says she will always remember his big smile and hold their last hug dear to her heart.

“Thank you for the people that prayed, took time and prayed for my son, I’m very appreciative," Attar said.

Samir was laid to rest on Sunday.