How to be a tourist in Southern California

Mark Curtis has some favorite places in L.A. he'd like to tell you about. 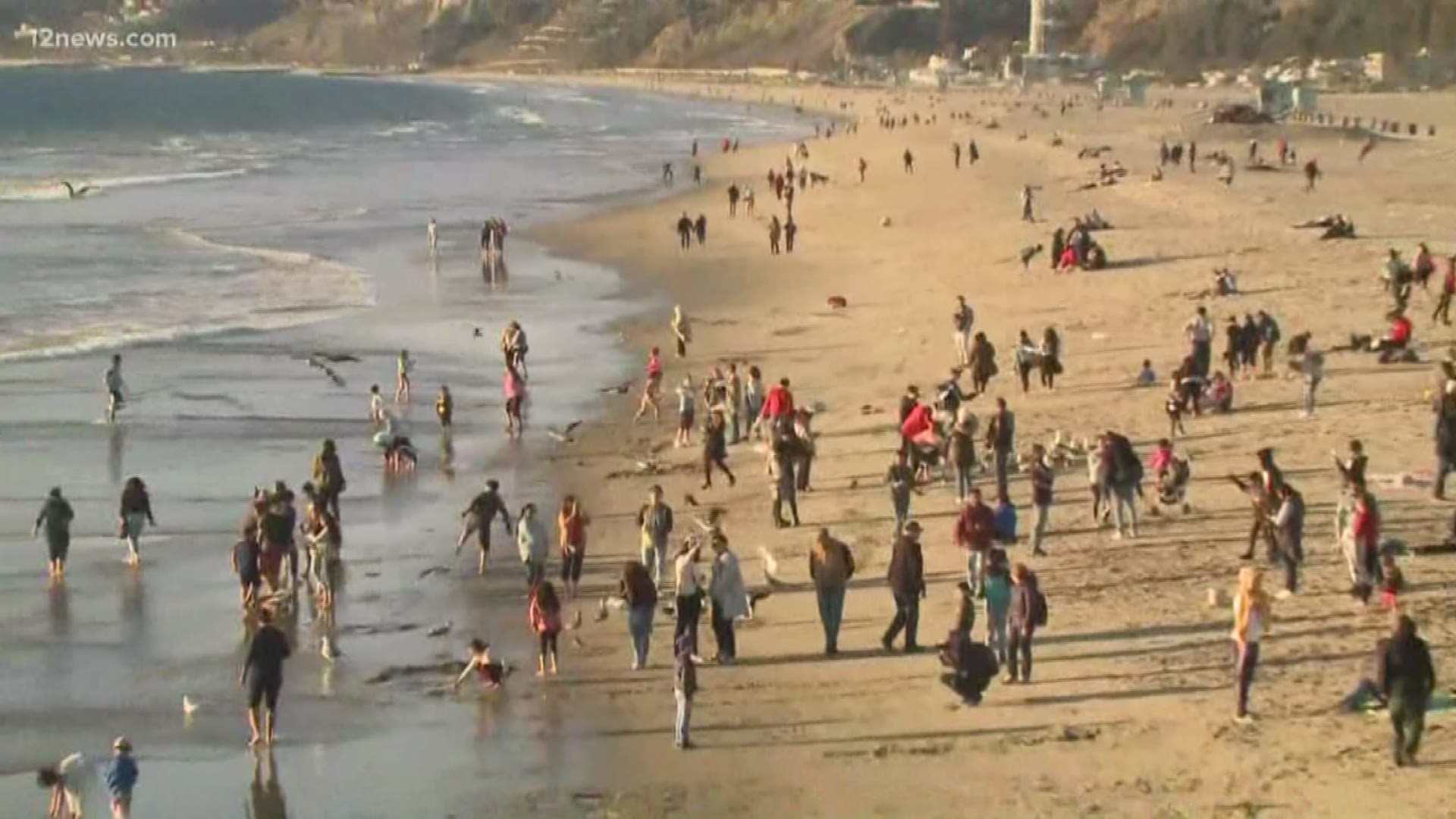 LOS ANGELES — California: The land of dreams. Surf and sand. Roller coasters and rock n' roll. It's a sun-kissed paradise -- and a tourist's dream.

Tourism is big in California. Travel-related spending brought in almost $141 billion to the state in 2018, according to Visit California, the state's tourism agency. Some of those dollars were mine.

Here's my favorite places to be a tourist in Southern California.

The pier has been around since 1909 and has been one of the staples of the California coastline. It has rides, food, shopping. A little something for everyone. Oh -- and it's right on the beach.

No. 2: Hollywood Walk of Fame

What trip to L.A. would be complete without a stop at the Hollywood Walk of Fame, where celebrities have put their handprints into the sidewalk. There's more than 2,600 celebrities here and they represent all tastes. Mandy Moore from This is Us, Minnie Mouse, Snoopy, Usher and Will Ferrell are just some of the names that you'll see. Want an Arizona connection? Lynda Carter -- the original Wonder Woman -- is a Phoenix native. Ted Danson is from Flagstaff.And Barbara Eden, the original genie in I dream of Jeannie was born in Tucson.

Snoopy poses on his star at the star unveiling ceremony on the Hollywood Walk of Fame, November 2, 2015. (Photo: Robyn Beck/AFP/Getty Images)

While your head is in the stars, go walk among them -- or their likenesses -- at the Hollywood Wax Museum. Some of the wax figures of stars are realistic. Some are just creepy.

It's not actually in Hollywood, but it's close enough. It has the Wizarding World of Harry Potter, rides from The Simpsons, Jurassic Park and Transformers. And it has a great backlot tour.

Perk up your ears. Your mouse ears, that is. Because no tourist trip to SoCal is complete without a stop at Mickey's place. You can visit Cinderella's castle, be either charmed or terrified by the singing dolls in the It's a small world ride or just sit and watch the grand spectacle of the Main Street parade. The park opened Star Wars: Galaxy's Edge this past spring. And there's the nightly "World of Color" show at California Adventure each night.

It's big. It's loud. It's iconic. And it has some of the most famous roller coasters on the West Coast. It also has "The New Revolution," the first virtual reality roller coaster in North America.

If you love art, LACMA is just as thrilling as a theme park. And it's known for the installation "Urban Light," and "Levitated Mass," which is a 340-ton boulder you can walk under.

Here's a place you don't want to get stuck: pre-historic tar pits surrounded by the city. It's the only Ice Age fossil site in an urban location. It's a working site -- archaeologists are still finding pieces of history in the sticky tar.

No. 9:The Space Shuttle

The shuttle Endenavour last flew in space in 2011. It's found a permanent home at the California Science Center near Downtown L.A. You can see lots of pieces and parts of the shuttle 0-- and get to feel one of its enormous wheels from its last flight.

Griffith Observatory is perched on a hillside in Los Angeles and is one of the best places to see a sunset. It bills itself as "Southern California's gateway to the cosmos" and has exhibits and programs in addition to a great telescope.

It's the oldest MLB ballpark in the West and you can take tours, too. The stadium in Chavez Ravine is a must-see if you're a baseball fan -- even if there's no game going on.

Credit: AP
Fans cheer from the top of Dodger Stadium during Game 4 of the World Series baseball game between the Boston Red Sox and Los Angeles Dodgers on Saturday, Oct. 27, 2018, in Los Angeles. (AP Photo/Elise Amendola)

Venice Beach is one of the most "SoCal" places in Southern California. The combination of sun, surf and characters make it a great place to be. But the L.A. area has miles and miles of coastline for you to find your favorite place to frolic.