House Divided: She’s Team Pete, he’s all in for Bernie

North Texas newlyweds had a good week after their candidates left the Iowa caucuses in a virtual tie. 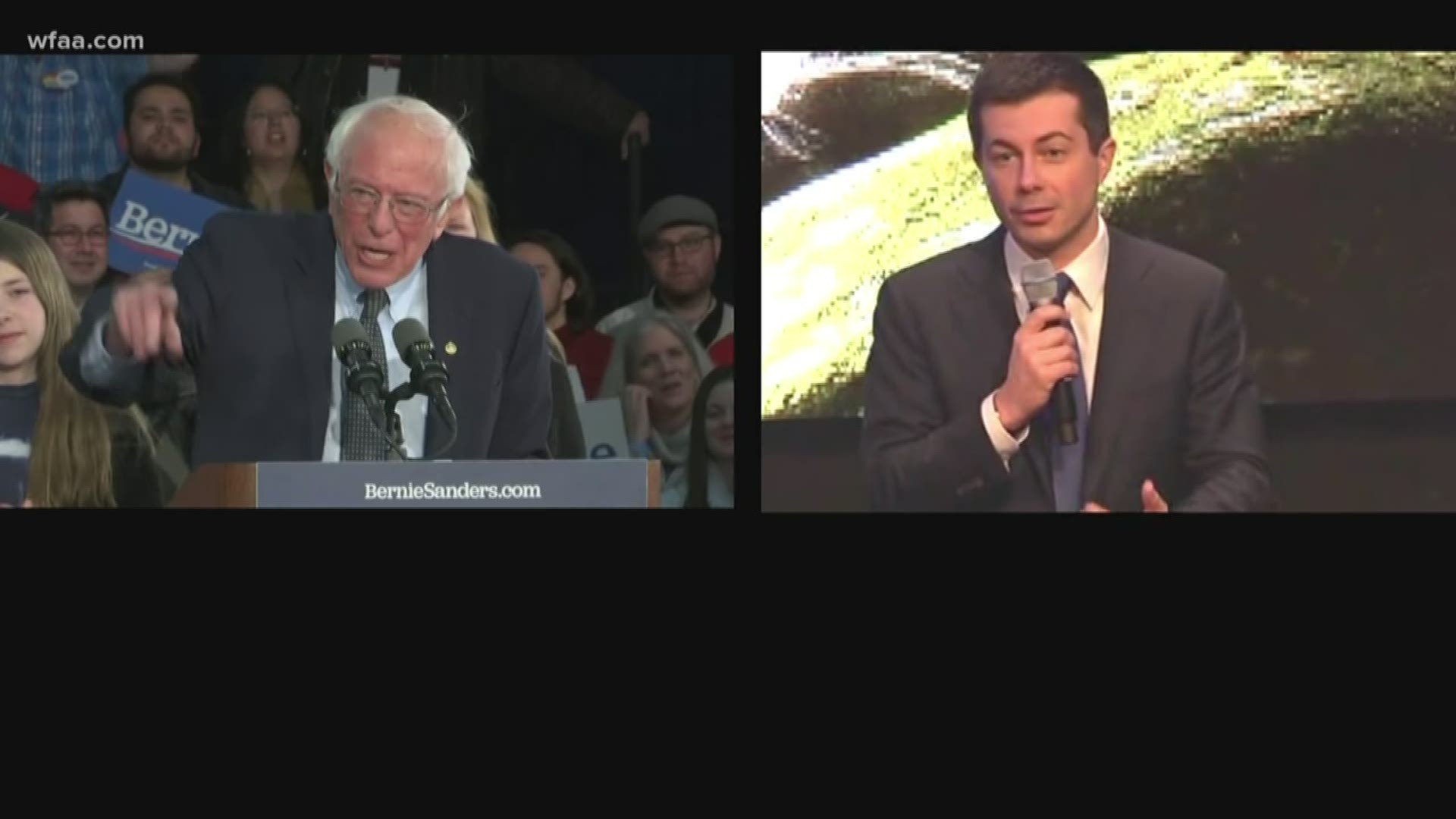 DALLAS — When democratic presidential candidate Pete Buttigieg declared victory in Iowa, we began to wonder what kind of support he has in Texas.

A quick search of his social media pages led us to Amanda Harris, Buttigieg’s Texas state organizer. It is a volunteer position for the Mesquite resident. She took a leave of absence from a job in communications to rally the Lone Star State for her candidate.

“When I heard him speak about his policies, it was everything I was waiting to hear,” Harris said.

She said he won her over during the first presidential debate in the summer of 2019 and she applied to work for him soon after that.

But Alex Harris, her husband of just nine months, is in a different camp.

“I really wanted to give every candidate a fair shake,” he said. “It wasn’t actually until December that I thought Bernie was my candidate.”

RELATED: Pete Buttigieg, Sanders in near tie in Iowa with 100% of results released

“Bernie Sanders did win the popular vote,” Alex said with a smile.

“We are happy with the tie,” Amanda added.

Alex says he will likely volunteer phone banking for Sanders sometime between now and Super Tuesday.

Amanda will be focused on educating people across Texas about Buttigieg’s platform. She has seen a significant amount of growth in people interested in knowing more about him.

“When I started, people did not know his name. Now he’s sort of a top tier, household name. And people didn’t think he was electable and this showed that,” she said of Iowa. “We broke our campaign into four phases and the first phase was how to say Buttigieg. Now we’re in phase four, which is win.”

They say they have healthy political debates, but no big political fights.

“I haven’t slept on the couch yet,” Alex said.

Matt Gaetz files ethics complaint against Nancy Pelosi, but did she break the law ripping up State of the Union?