Flags were placed on the grounds of Kleinhans Music Hall on Saturday morning. 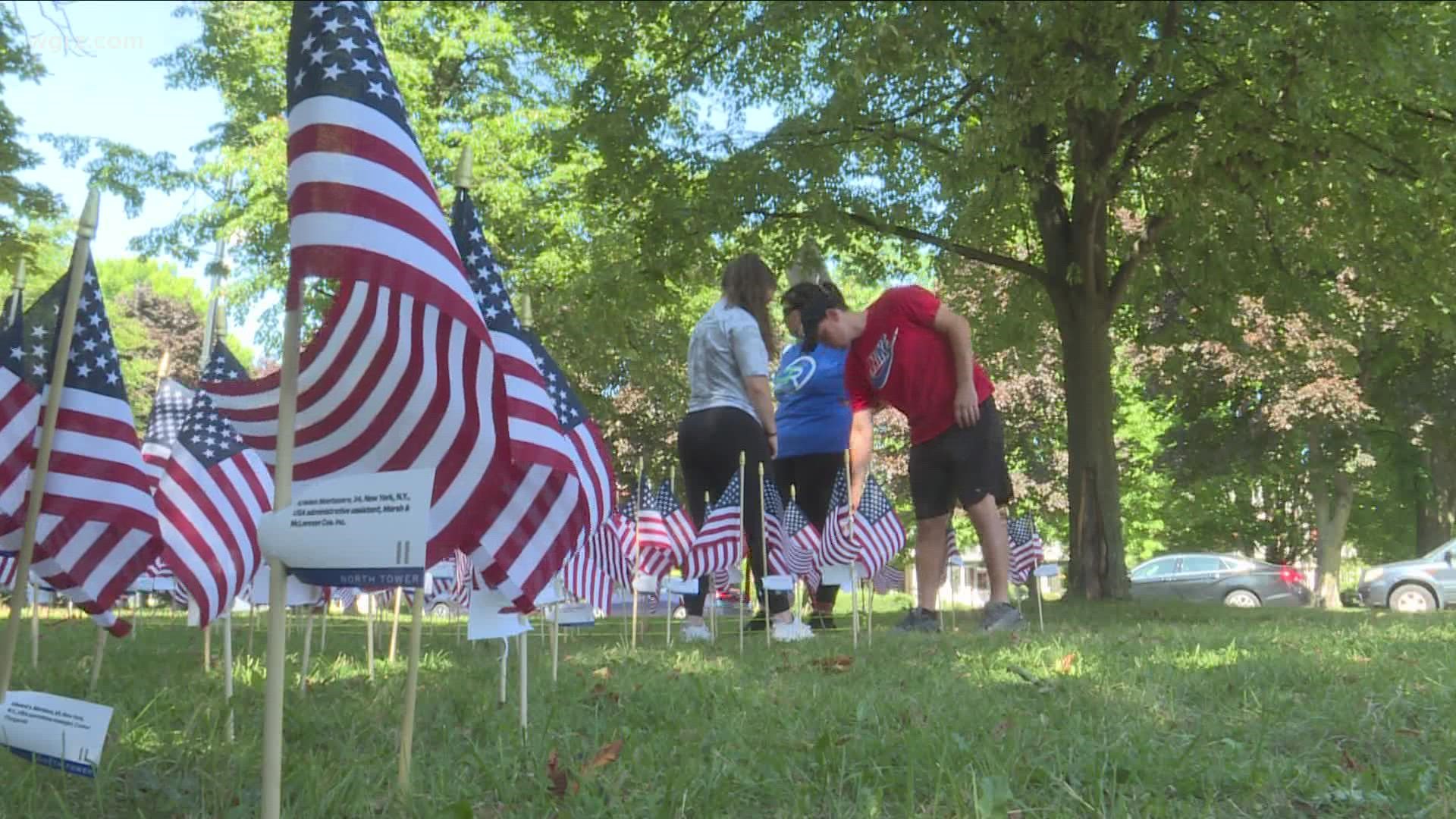 BUFFALO, N.Y. — The Western New York families of September 11 along with the American Red Cross and the Buffalo Philharmonic Orchestra honored the memory of the lives lost in the September 11 attacks with their annual flag display and tribute.

The flags were placed on the grounds of Kleinhans Music Hall on Saturday morning.

"What they say to me all the time is it's so impactful, they don't realize how much was lost that day until they see it," Leigh Macadlo, who lost her brother on 9/11. "And I think here, you'll see it's separated by location, where they were, and I think this year will be even more impactful, and I think people will take more time to remember and reflect."

The Buffalo Philharmonic Orchestra will also be hosting a commemorative concert there on the night of September 11.

You can get tickets through the BPO box office.