'He was killed simply because of the way he looked': 20 years after a Sikh man's murder, bias remains against his turban and beard 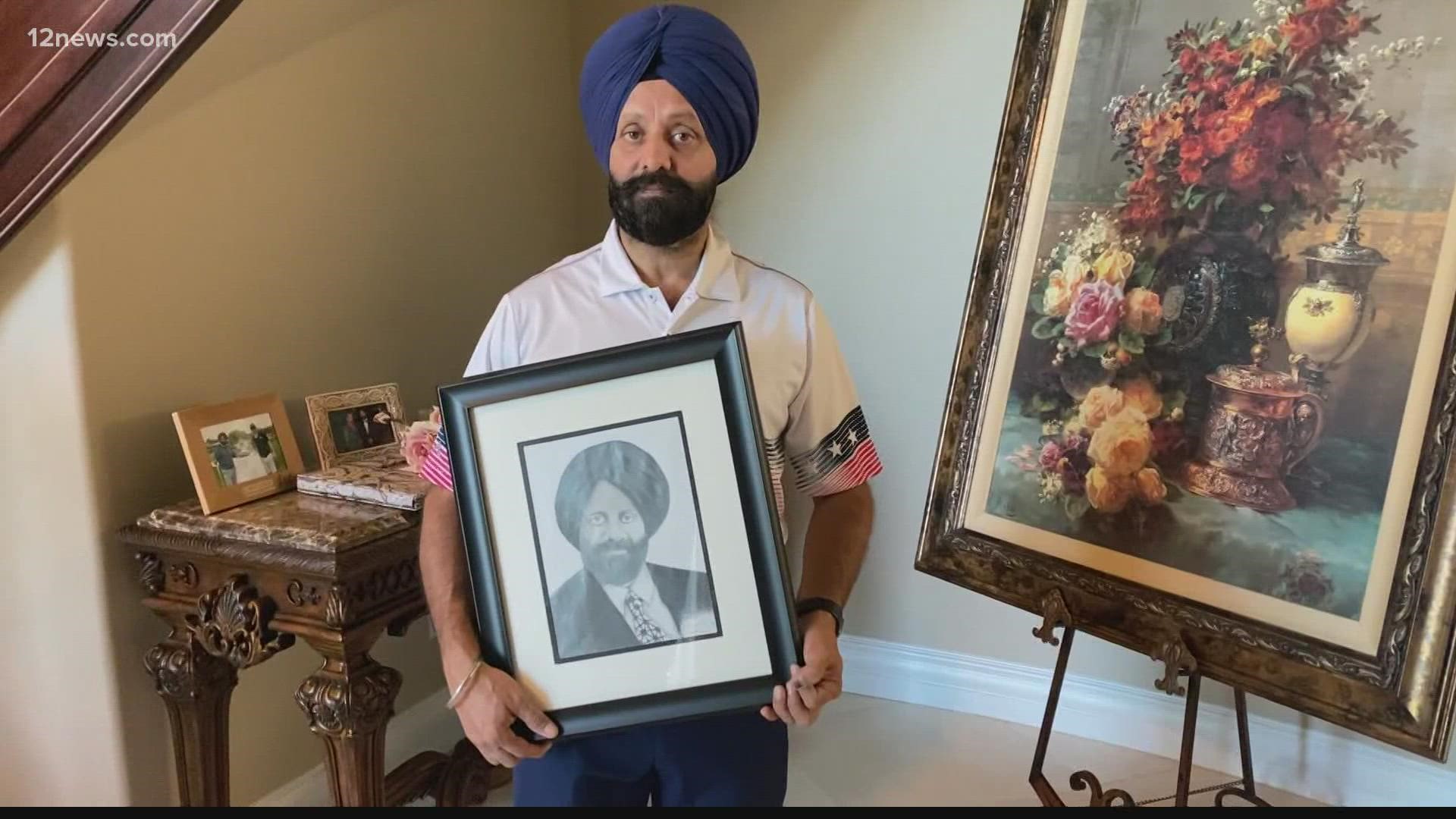 Rana Singh Sodhi still remembers the moments after two airliners crashed into the World Trade Center's twin towers. The news of the horrific attack on one of America's greatest cities was delivered by his older brother.

“My brother Balbir called me and said, 'Our country is under attack,'” said Rana.

Little did Rana know, the ripple effect from the attacks by the militant Islamic terrorist group al-Qaeda, would change his world forever four days later.

“He feel it, you know. This image people saw in the television. We both have a turban and beard," said Rana. "People yelled to us and using f-word openly and saying to us, 'go back to your country.' That made us concerned. Some innocent people are going to get hurt with those things because of the ignorance of the people.”

Both men are Sikh, a faith or independent tradition that maintains unique aspects for all the basic components of a world religion that teaches a message centered on love, oneness and peace. In the tradition of the Sikh faith, men wear turbans and grow beards.

The majority of the world’s 25 million Sikhs live in the Indian state of Punjab, but many have migrated around the world and call other countries home.

The terrorist attacks on Sept. 11, 2001, fueled a violent backlash against the Sikh community and on Sept. 15, then 42-year-old Frank Roque carried out the nation's first hate crime post 9/11 by murdering Balbir outside of his Mesa gas station.

Roque reportedly told others, he wanted to "shoot some towel-heads" in retaliation for 9/11.

“It forced us to think about what other people are thinking about us and what kind of other dangers are out there," said Inderpreet Kaur, Community Development Manager for the Sikh Coalition.

The coalition was founded in response to the racism and violence towards the Sikh community that followed the 9/11 attacks. In two decades, it's sought to bridge the gap of ignorance through initiatives like creating safe schools, equal employment, community empowerment and education.

“It’s really important that we are more tolerant of other people and we take the time to learn about each other,” said Kaur.

'You satisfy your peace inside if you give forgiveness'

Following his brother's death, Rana has made it his goal to bring an end to racism and xenophobia. But the lesson of his own peace was found in forgiving the man who murdered his brother.

“When I spoke to Frank Roque, he told me two things," said Rana. "I want to say to the God, I want to see your brother and hug him. If I come out from prison and I know you go out educating more people, I will go with you and telling the story with the people what I did to your brother and we can educate more people. That is amazing how this person can change.”

Outside of Balbir's gas station is a marble slate, an American flag and flowers. In the middle is a bronze plaque with the inscription:

"In Memory of all the souls who lost their lives on September 11, 2001, and all of the backlash victims," followed by a message from Barbil's family, "We don't want any other innocent people hurt."

At the bottom of the plaque, "He was killed simply because of the way he looked." Followed by what Sikhs believe, "In one God. That all religious paths lead to God. That all people are equal in the eyes of God. In peace, and love for humankind."

Family and friends will hold a 20th-anniversary celebration of Balbir's life outside his gas station Wednesday night.

Watch the story below: