Former Mesa Fire Chief Dennis Compton said the lesson of 9/11 has to be unity. 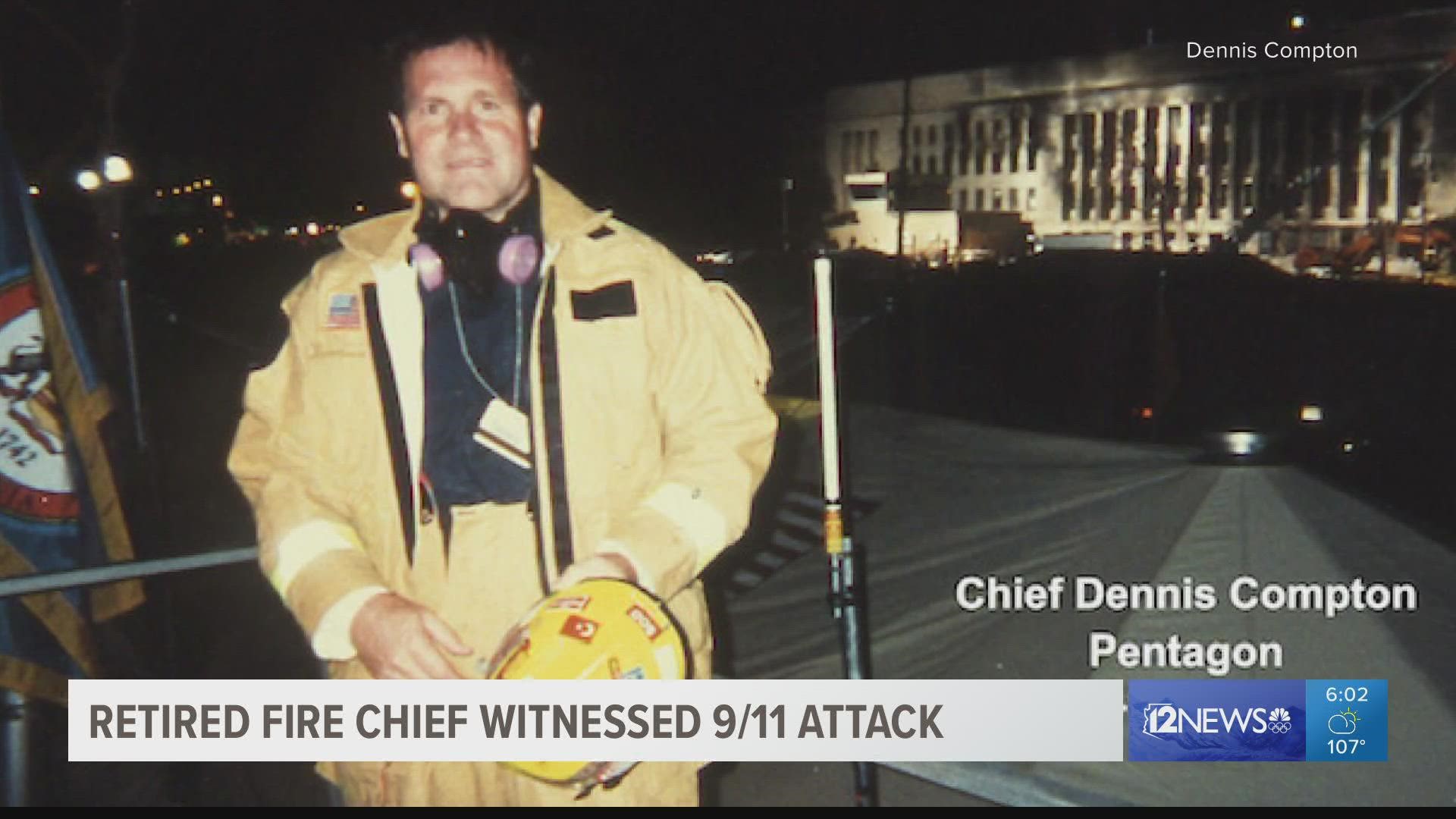 MESA, Ariz. — As we all reflect on 9/11, former Mesa Fire Chief Dennis Compton said he often thinks about the day before – September 10.

"I flew to Washington D.C. for a meeting," retired Chief Compton said.

In the Nation's Capital, he was supposed to speak at a meeting called 'Safe USA.'

"I can tell you the irony of that name has not been lost on me over the years," he said while speaking at the City of Mesa Commemoration Ceremony for the 20th anniversary of 9/11.

Instead of running that meeting, the next morning he witnessed the unthinkable from across the street.

"I was looking right at it," he explained. "I was walking along the glass wall of the Crystal City Marriott hotel when and just 'boom!' the fire, the smoke," Compton said.

He immediately went to the Pentagon to help coordinate the command scene.

Then he got the phone call to assist at the World Trade Center on September 14.

"I’ll tell you Ground Zero was different from anything I’ve ever seen, of all the things I took away from that is just how quickly your life can change."

He was in New York City for about two weeks before flying back to the Valley, bringing with him life lessons.

"The lesson of 9/11 has to be unity," he said. "Anybody who was there knows that. In the best and most difficult of times, let's not dismiss that lesson of 9/11."

Had the honor of speaking with retired Mesa Fire Chief Dennis Compton who responded to both the Pentagon and World Trade Center following 9/11. He witnessed the attack on the Pentagon, he happened to be in D.C. for a meeting across the street. @12News pic.twitter.com/TuuOZDI3bT