20 years later: The impacts of the 9/11 attacks are still felt today

From mental health to cancer care, those who faced the terrorist attack firsthand are still healing and fighting to get more help. 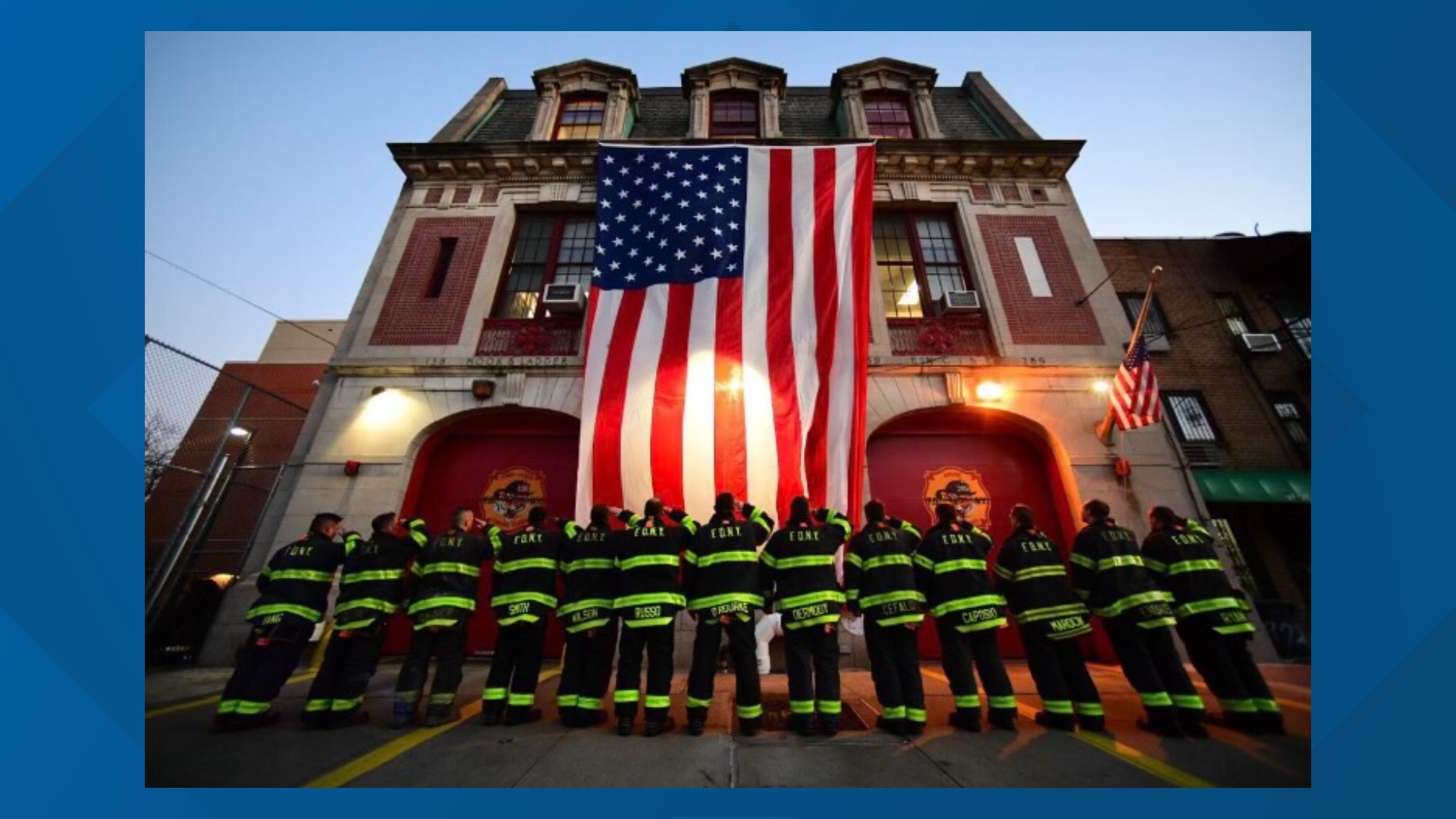 CHARLOTTE, N.C. — For the people who witnessed the Sept. 11, 2001, terrorist attacks in person, the moments that unfolded for them in real-time still play out vividly as they look back.

“It's still as clear as a bell -- the details of that day are as if they happened yesterday to me,” Steve Giordano, who was a bond broker on the 25th floor of the north tower of the World Trade Center, said.

“It's been a hard 20 years of trying to cope with it,” Peter Blaich said. “Everybody was in survival mode.”

Blaich was a New York City firefighter on that fateful day and responded to the initial alarm to the north tower of the World Trade Center.

“From the front of the firehouse myself, another firefighter, we're just having a cup of coffee talking about the day,” Blaich told WCNC Charlotte’s Sarah French. “And the plane actually turned like right over Canal and made a straight line right into the north tower of the World Trade Center."

#WakeUpCLT: Where were you on 9/11? The terrorist attacks of Sept. 11 took place 20 years ago. But for many survivors, the memories continue to stay fresh in their minds. Sarah French recently sat down with two survivors who now live in the Charlotte area to talk about what this year's anniversary means to them. Watch Wake Up Charlotte each weekday morning from 4:30 to 7 a.m. on WCNC Charlotte, and as always, join the conversation on social media using #WakeUpCLT!

Then came the impact.

Fear in the north tower

“And that's when I heard a 'kaboom,' looked out my window and saw debris falling down,” Giordano said. “Then, the building started to sway back and forth multiple times.”

Giordano immediately joined thousands of others in a dash to escape.

“With seven more flights to go and thousands of people still in front of me, I just literally folded my hands and just leaned my head down waiting, waiting to be crushed,” Giordano said.

Not too far away, Blaich and his fellow firefighters were rushing to get out to the scene. But before they could leave the firehouse, he saw the brutal reality of the attack hit already.

“As we were getting the gear on us, getting extra hose and stuff, literally, within 50 to 60 yards, I saw the first body hit the sidewalk,” Blaich said. “As a firefighter, your whole mission is to get up there and save people. And before we even started operations, we’re losing lives.”

As Giordano was making his way down the stairs, the south tower was hit. He got outside and started to see just how hard the World Trade Center had been hit.

“We kept going, got outside the building," he said. "Ran a little bit and looked up to see two big holes in the building."

Giordano said he saw so many bodies that he froze. A friend had to nudge him to keep going to get away from the scene.

Meanwhile, Blaich and the firefighters continued to work, making it up to the 47th floor until they realized they couldn’t go any higher.

“This is literally a time-sensitive rescue mission,” Blaich said. “We'll make our way down and just try to get as many people as we can.”

However, they couldn't get into the lobby. By then, the south tower had been hit. Debris was everywhere.

“We were trapped in the stairwell at the lobby,” Blaich said.

Then he heard a terrifying sound.

“To explain it, it would be almost like mini explosions above your head coming down."

It was the north tower collapsing above them. Blaich described it as a "pancake collapse".

Those inside Stairwell B of the north tower survived the collapse.

“I don't know why that part of the building didn’t collapse,” Blaich said, referring to that stairwell as "Miracle Stairwell B."

When the dust settled, reality sank in.

“It’s been hard for me because I lost a lot of good friends,” Blaich explained. “It took me a long time to get over still being here. Because I was like, 'why didn't God take me on that?'”

Tragedy beyond the attack

But the tragedy didn’t end with the thousands of deaths. First responders who survived worked to get their medical bills covered. Now, Blaich is doing the same for North Carolina firefighters working to get the Firefighters Fighting Cancer Act passed.

“I get upset when I realized that North Carolina, again, is the only state that does not have a cancer bill, a presumptive cancer bill for their firefighters,” Blaich said.

These men are determined to make sure there’s a silver lining to the events of 9/11.

They talk about the events of that day in honor of the police officers, firefighters, and military members who face the unexpected every day.

“I will literally stop at a red light and open my window and thank people because they were going up when I was going down, so they're the heroes," Giordano said.

The mission behind the Firefighters Fighting Cancer Act

The tragedy of Sept. 11 was first felt in New York City, but the impact was quickly felt across the country.

“I was at the fire station that day here in Charlotte,” Tom Brewer said.  “Like most of the country, you just watched and you’re just shocked and just horrified as to what was going on.”

Brewer isn't just a firefighter; he's the President of the Charlotte Firefighters Association, the 9/11 benefits coordinator, and an NC Cancer Bill advocate.

“It’s enough burden going through it, let alone with the additional financial constraints or the financial burden that's put on families with it,” Brewer said.

Brewer works tirelessly as the 9/11 benefits coordinator. The bill extends a victims' fund created after the Sept. 11 terrorist attacks through 2092, essentially making it permanent.

“We're asking residents of North Carolina to contact their state senator and ask them to pass the budget with the Firefighters Fighting Cancer Act in it,” Brewer said.

A Cornelius 9/11 Remembrance Vigil will be held on Saturday, Sept. 11, 2021. The community is invited to quietly reflect and remember at the site of the Cornelius Never Forget 9/11 Monument, located at Fire Station No. 1, 19729 S. Main Street, as members of the Cornelius Fire Department toll a bell marking the key moments of that day. The event is free and open to the public.

The schedule is as follows:

The events of Sept. 11, 2001, are forever etched in our minds and hearts. The Cornelius Never Forget 9/11 Monument, which includes a piece of steel from the World Trade Center, is one of the many ways to honor the first responders, citizens, and military personnel who were affected and to educate future generations about the events surrounding this day in our nation's history.