Lotería: The 'Mexican bingo' you need to play

In celebration of Hispanic Heritage Month we are exploring La Lotería, a traditional Mexican board game that's been a staple in this community. 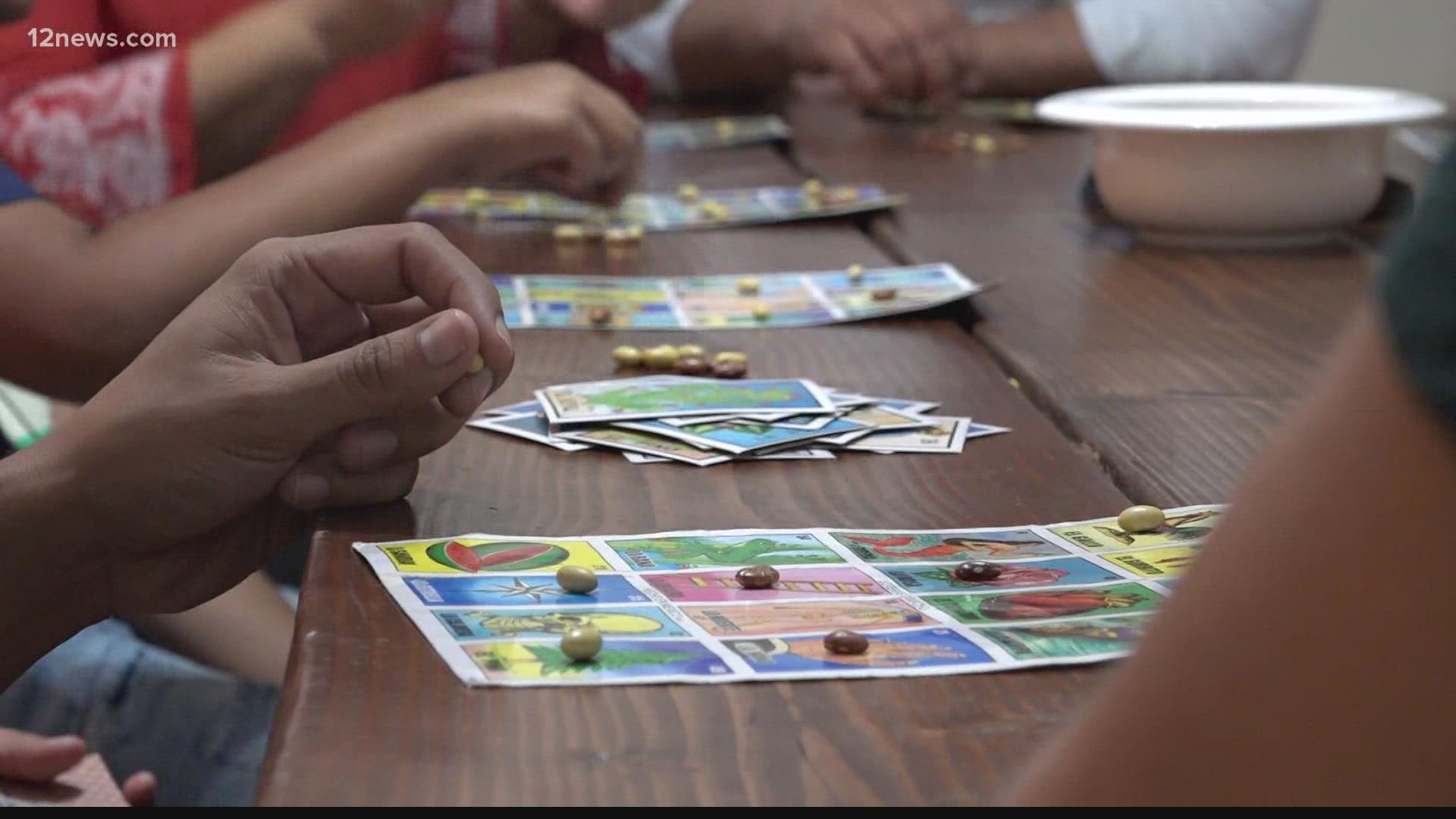 ARIZONA, USA — America’s favorite game of chance is Bingo, but south of the border in Mexico your luck is tested on La Lotería.

Some yell with excitement when playing the popular game that’s become a staple in the Aztec country, but others weep as tensions quickly rise.

La Lotería is not a die-hard board game, but it can rapidly get competitive as players mainly play against family members or friends.

For centuries, La Lotería has been passed along generations. But among families, the fast-paced game is part of the Mexican culture just like pan dulce and champurrado.

“I really don’t remember when we started playing lotería,” said Guadalupe Del Pardo, who grew up playing the game in Mexico. “It’s like part of the family.”

Arjona said the popularity of the game spread to Spain and later “New Spain,” which is what Mexico was called at the time.

“People were so addicted that the church prohibited,” she added. “It was later developed into a family-oriented game.”

In 1887 French entrepreneur Don Clemente Jacques created the “Lotería El Gallo,” the most traditional format of the game played today.

This version includes 54 cards with a series of pictures and a random number of “tablas” or boards. Each board has 16 images—four vertical and four horizontal.

Watch the story in Spanish

To play, the deck of cards is shuffled. A person is assigned “El Cantor” or the crier to draw a card at a time. Traditionally, beans are used as chips.

When a player gets four chips in a row - the four middle, the four corners or the full card - you win and say ¡Lotería!

“You don’t even need to speak the language, you literally just look at pictures and you’re sitting down little beans or rocks on a little piece of paper,” Manuel Garcia explained, who is the son of Del Pardo. “It’s really quick to grasp.”

Garcia remembers playing the game as a child when he was about four years old in his hometown of Juarez, Chihuahua, Mexico.

Now, as an adult, he still plays with his parents and friends, but also teaching and playing alongside with own children too.

“This is a great opportunity for the family to share together, to spend time together,” Del Pardo said.

Throughout the years, La Lotería has been updated to include millennial trends and even memes. It’s now on clothing. And at a pivotal point in Arizona, it was remade to make a political statement.

In 2010, when SB-1070 was passed in the Grand Canyon state it was the broadest and strictest anti-illegal immigration Legislative Act in the U.S., and Annette Sexton-Ruiz, a long-time artist and activist, created new cards with characters and images depicting the controversy.

“It is our duty as artists to let the community know what was happening in our time… to tell what’s going on in our society,” Sexton-Ruiz said.

She created one lotería in 2011 and another the following year. Her characters portrayed Arizona political figures, objects and events that transpired during those years.

For her portrayal of the sun, Sexton-Ruiz used a drawing that a Guatemalan 5th grade girl drew during an art project at a local school.

“I told all the kids, ‘paint pictures of the desert, we are going to talk about the desert’ and she came up with a drawing of her family crossing through the desert under the hot sun and sweating,” she said.

With time, La Lotería is bound to continue to evolve, but it’s certain to remain an essential part of the Mexican culture.

“Lotería is a staple, doesn’t matter how many years go by when we play, because it’s a tool that helps up get together with our families that everyone, no matter how old, can play,” Garcia said.