Arizona State Historian Marshall Trimble gave us a snapshot of the illicit misdoings of con artists in the early years of Arizona history. 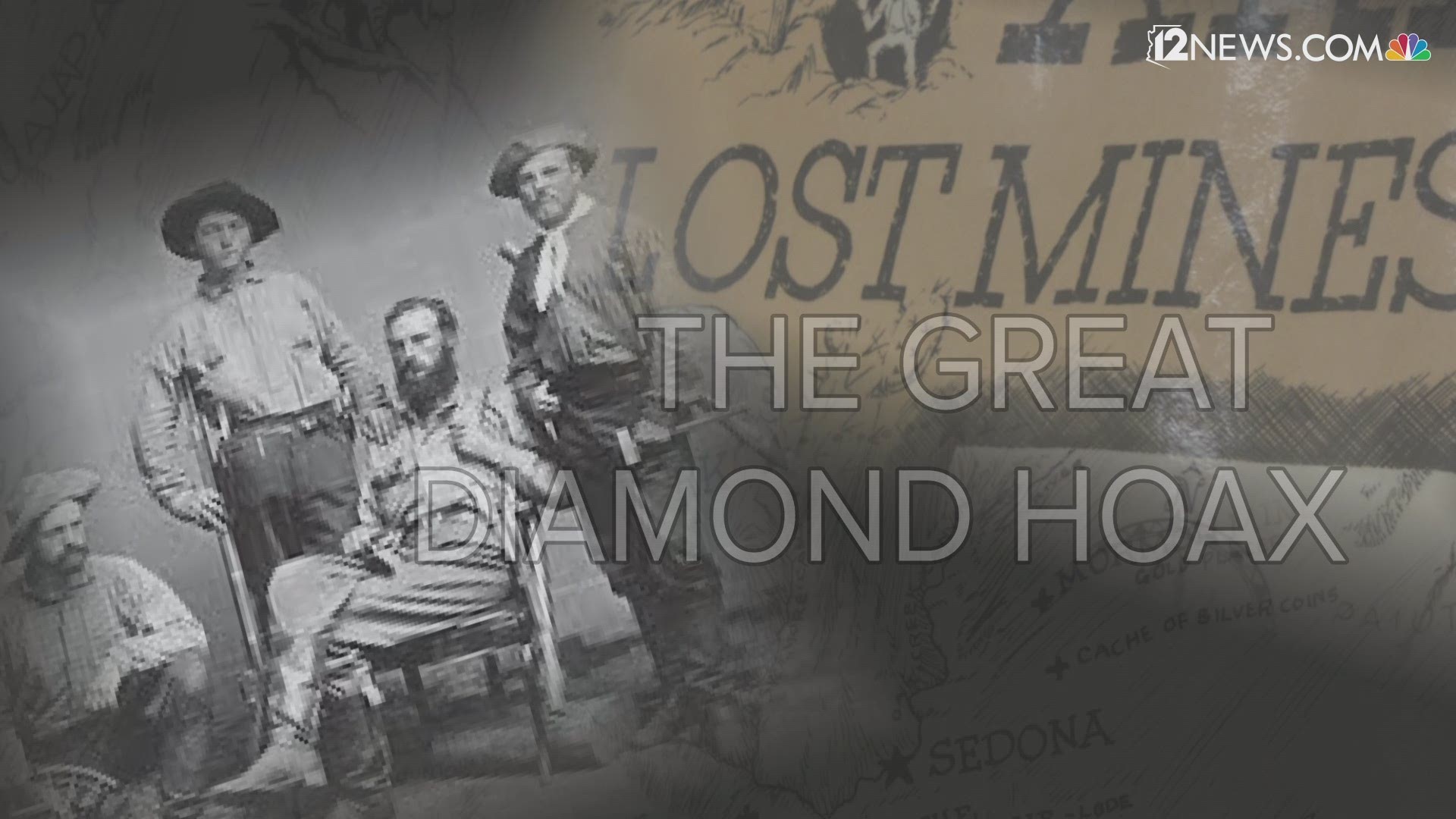 One of the last to gain its statehood – Arizona was known even in its early days as a place of opportunity and prosperity.

Years before Arizona claimed its statehood on February 14, 1912, the copper mining boom and sprawling desert ripe for expansion made the Grand Canyon State a land of promise.

However, its history comes with scandals and scams that run deeper than the Grand Canyon itself.

Arizona State Historian Marshall Trimble gave us a snapshot of the illicit misdoings of con artists in the early years of Arizona history.

“The image of Arizona was that it was just fabulously rich with gold, silver, copper, everything, and because very few people had come here and it was so remote before the railroads came in the 1880s," Trimble said.

Phillip Arnold and John Slack, cousins from Kentucky, would turn the diamond industry inside out and use Arizona’s remoteness to help them do it in the 1870s.

Dubbed the Great Diamond Hoax – the two men conned a group of California bankers, businessmen and the founders of Rothschild Diamond and Tiffany & Co. into believing they had discovered a massive diamond mine somewhere in Arizona, Trimble explained.

The deceptive duo led their marks on a journey through the desert and ended up in a remote part of Colorado. Trimble described Arnold and Slack salting the fields with rough diamonds and convincing their potential buyers they had hit it big.

“They sound like a vaudeville team and that’s like what they were. They were great actors,” Trimble said.

Arnold and Slack made off with what would be millions of dollars today.

In the 1890s, just about everyone was trying to stake their claim on riches the Grand Canyon state promised. Conman Anthony Blum took advantage of this, Trimble said.

The historian explained Blum swindled a priest out of money for a mining claim in Tombstone, Arizona. The priest eventually took Blum to court.

The trial would turn into a circus when Blum suddenly fell ill in the courtroom.

“He grabbed his heart, and he fell out of his chair and fell on the floor,” Trimble said.

The judge asked for a doctor and one was there. This doctor was likely a friend of Blum's. The doctor exclaimed Blum was dying and he needed to confess to the priest.

The priest takes his confession and Blum makes a miraculous recovery.

By taking the confession, the priest was not able to testify on his own behalf and the case was eventually dropped.

Dr. Richard Flower took mining scams to another level in Arizona. The self-proclaimed doctor dreamed up a fake mine in Geronimo located in southeast Arizona.

Dr. Flower tricked several New York businessmen into investing millions of dollars into his fraudulent mine.

It was not until a curious reporter went to investigate the seemingly prosperous mine that the sham was uncovered.

“The little tunnels go nowhere, the headframe is fake, it doesn’t do anything. The whole thing is kind of like a movie set," Trimble said.

Dr. Flower went on the run and evaded authorities and prosecution for years.

After more than a century of statehood, the stories of past hoaxes and scams are just one piece of Arizona’s history. The rest include stories of success and growth.

"What’s so great about it? It's the lifestyle we have here. It's a great place to live and work and it's open spaces," Trimble said.

RELATED: History in the making: The 2010s left their mark on Arizona

RELATED: Which news event from the 2010s has had the biggest impact on Arizona history?

RELATED: Haunted happenings inside the Orpheum Theatre in Phoenix