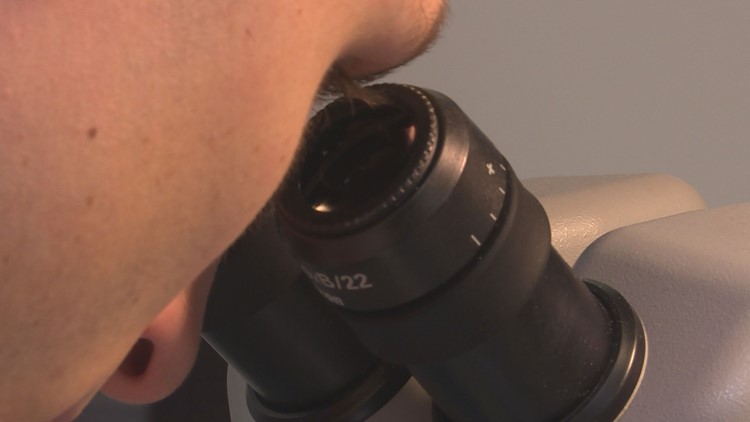 PHOENIX — Parkinson’s Disease is a degenerative disease that affects the nervous system. There is no cure.

Dr. Todd Levine is the director of Neurology at Honor Health. For the past eight years, he collaborated with researchers at Harvard University to create a new way to diagnose Parkinson’s Disease.

“What we were trying to do in the lab here was trying to improve on our clinical suspicions and have a true test that can say with a 100% certainty that these patients have Parkinson's,” said Levine.

Up until now, brain scans and clinical observation were the only way to detect it.

The test they designed involves a biopsy of the skin where they look for the protein alpha synuclein in the nerve, an indicator the patient has Parkinson’s Disease.

The skin test worked for Robert Orr when others failed.

“We went to the brain scan. The DAT Scan and the doctor exam and all of that, came out initially negative. Two to three months, we did this skin test, if you want to call it that, and that showed it to be positive,” said Robert Orr.

Finding out you have Parkinson’s is not great news, but knowledge is power. An accurate diagnosis could mean a better quality life.

“If you can catch it earlier it prolongs life,” said Orr.

While there is no cure for Parkinson's, this test can open a window to new opportunities to combat the disease.

“Now allows us to work with pharmaceutical companies, which we are currently doing, to try and develop inhibitors of this protein,” said Levine.

Levine’s Cutaneous Neurodiagnostics in Paradise Valley is the only commercial lab in the country performing the test. He says the test is covered by insurance.