Up to 19,000 could be without family planning care after HHS rule changes

Planned Parenthood, the largest provider of Title X care in the state, says it will not stay in the program after rule changes which are scheduled to go into effect. 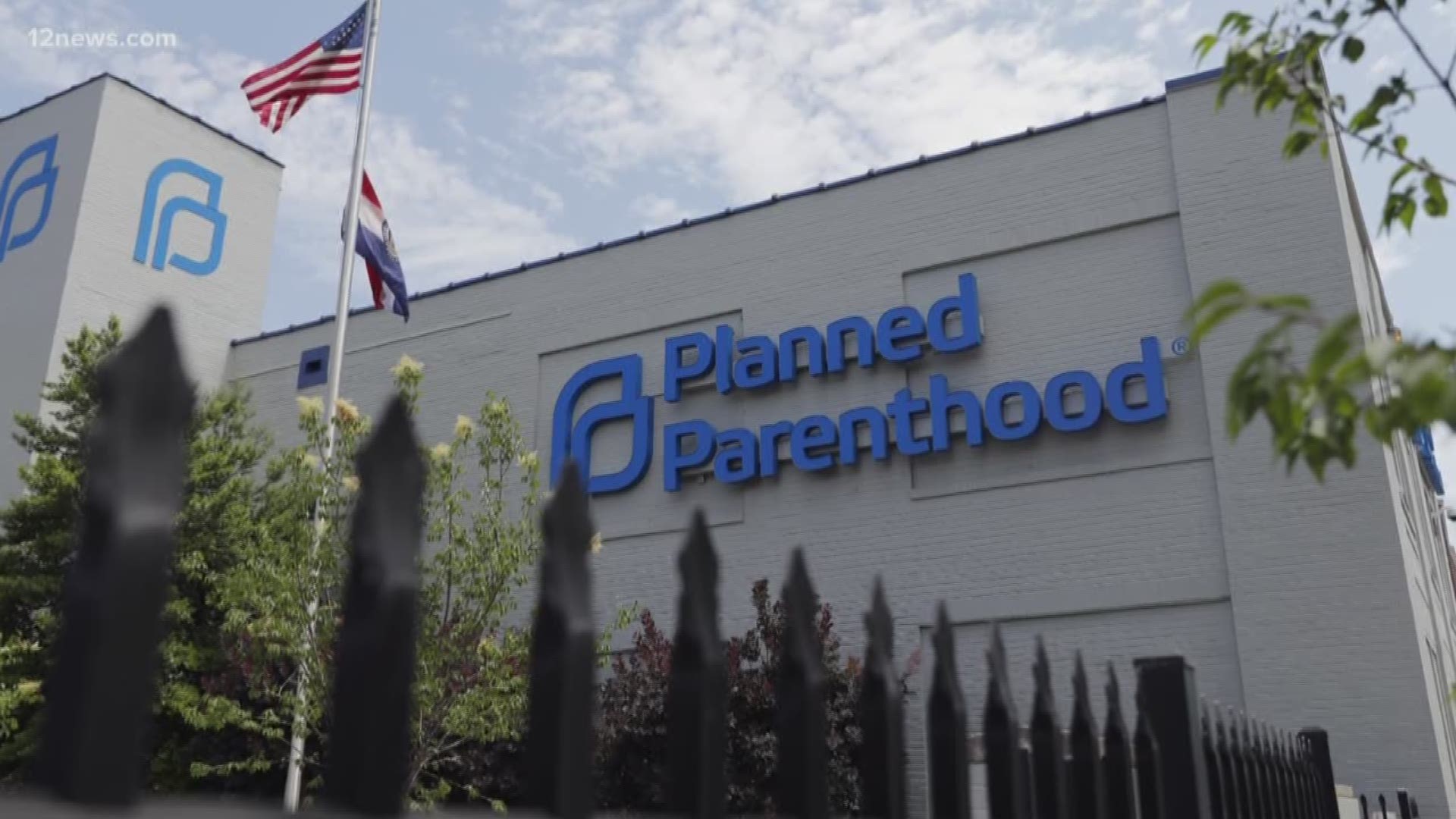 A rule change by the U.S. Department of Health and Human Services meant to prevent clinics from discussing or referring outpatients to get abortions could cause the provider of almost 20,000 Arizonans to leave the federal program.

The story centers around Planned Parenthood and HHS. The department announced it would not allow providers receiving federal funding in the Title X program to refer patients to abortion clinics.

Planned Parenthood of Arizona told 12 News it would not accept those rules and leave the program if they do go into effect.

Title X specializes in providing family planning care, such as birth control and STD and cancer screenings for those below the poverty line.

“They are using these administrative rules to get what they want done,” said Tayler Tucker, from Planned Parenthood Arizona.

She said the rule change is an attack at Planned Parenthood and organizations like them.

“Our doors are still open, but we will be pushed out of the program,” Tucker said.

Here in Arizona, Planned Parenthood provides more than half of all Title X care. That’s more than 19,000 patients who will likely need to pay more, go somewhere else or go without the care.

Not everyone sees the public health crisis. Many religious groups have praised the rule change.

The Center for Arizona Policy calls the new rules “an important step in disentangling taxpayers from the abortion industry.”

“Abortion is not healthcare and taxpayers should no longer be forced to subsidize the abortion industry," the organization said.

Currently, Title X makes up around 20% of Planned Parenthood Arizona's revenue. While the program has some reserves to help offset costs to patients, it won’t last.