Arkansas health officials say unless you are using e-cigarettes to wean off your nicotine use entirely, you could be in danger. 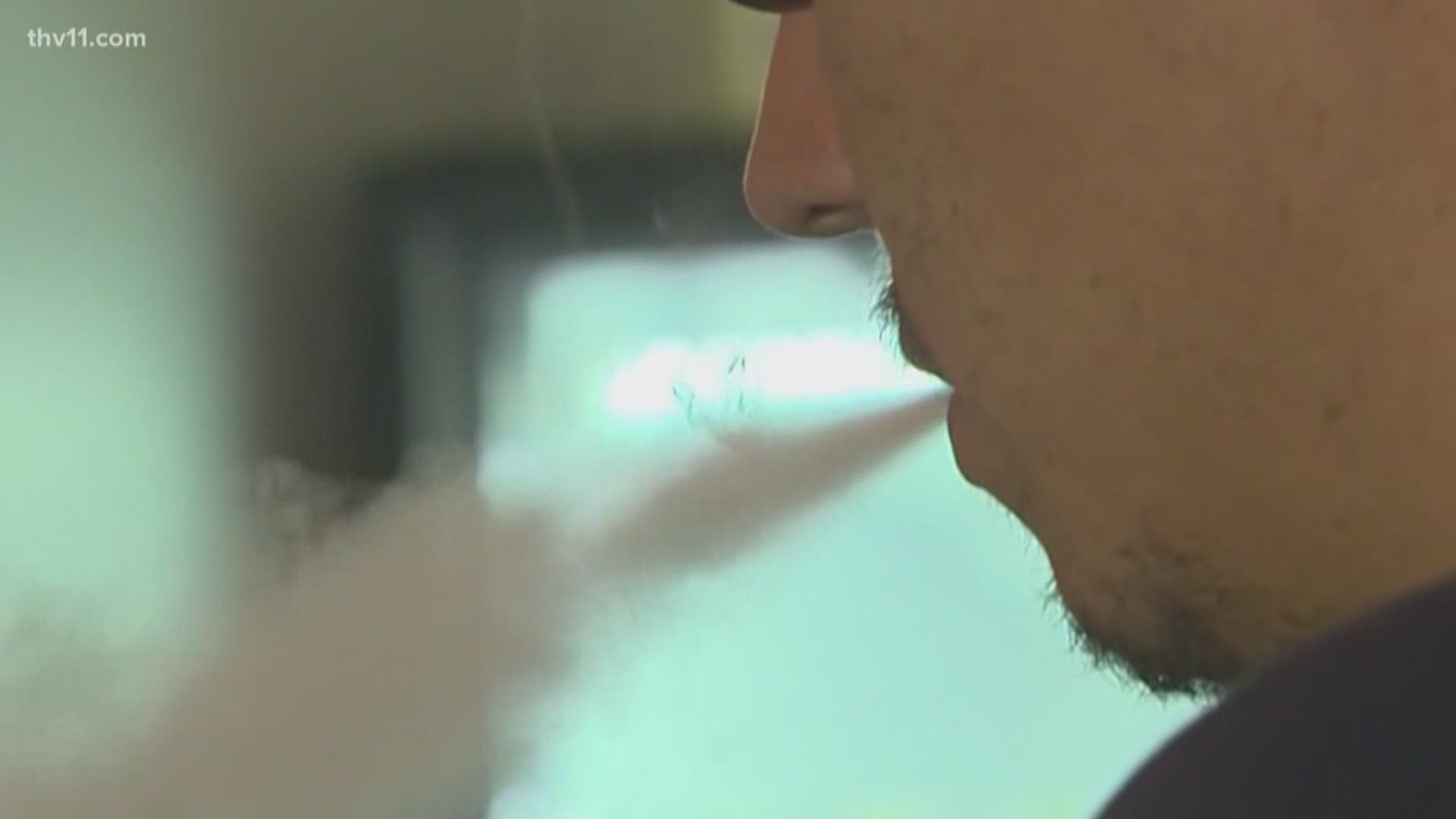 LITTLE ROCK, Ark — A new study shows e-cigarette users are at an increased risk for lung problems that are similar to smoking tobacco.

It's a new data point in the debate over whether e-cigarettes cause more harm than good. For a decade, vaping has looked like an option when it came to quitting nicotine and tobacco, but these new findings published in the American Journal of Preventive Medicine indicate if users don't quit e-cigs, they could be in the same danger.

"Unless you completely stop tobacco and you wean yourself from nicotine to get to zero, your risk of emphysema and COPD go up, not down, with use of e-cigarettes," said Dr. Joe Thompson, president and CEO of Arkansas Center for Health Improvement.

The researchers with the Center for Tobacco Control Research & Education at the University of California at San Francisco studied 32,000 people over three years.

Amid the forest fire of worry over the rash of acute vaping lung problems, researchers have been tracking what the long term trouble could be. This study says it looks a lot like old fashioned tobacco smoking.

"This study says that if you're on e-cigarettes for two years, you're 30 percent more likely to have emphysema and C.O.P.D.," Dr. Thompson said. "These are the conditions you see older Americans with oxygen in their nose. I'm afraid we're going to have 30-year-olds in the same situation."

It's another blow to the theory that vaping is a safer alternative to smoking. public health experts like Dr. Thompson, who served as Arkansas Surgeon General until 2014, have criticized the vaping industry for pushing that message.

This study lands just as evidence builds showing the recent crisis that has sickened more than 2,400 and killed 52 could be blamed on black market THC products.

Experts are concerned vapers will hear that news and will go back to thinking e-cigs are safe.

"You have tobacco that causes a certain set of harms and you have e-liquid which cause a separate set of harms," Dr. Thompson said. "Together they even raise your risk of C.O.P.D. and emphysema more than either alone."

The news is also another blow to the reeling vape shop industry.

"Business was hurt by about 50 percent," said Dragan Vicentic, owner of a vape shop and medical marijuana dispensary in Hot Springs. The latter is a solid fallback as the e-cig industry takes another hit.

"People were scared. They said 'hey, what's going on,' I do know the vape shops are hurting because of that."

Adult vapers may also be scared about how they may ever quit nicotine and tobacco. Dr. Thompson points to other options.

"There are other nicotine products to try first," he said, advising those looking to quit to get a counselor to provide accountability through the quitting process.

"E-cigarettes should be a last resort and should be time-limited."