Cameo Garrett, 49, was found dead by her father in Decatur on July 9. She had gone to the Sheraton Atlanta for a conference just about a week before. 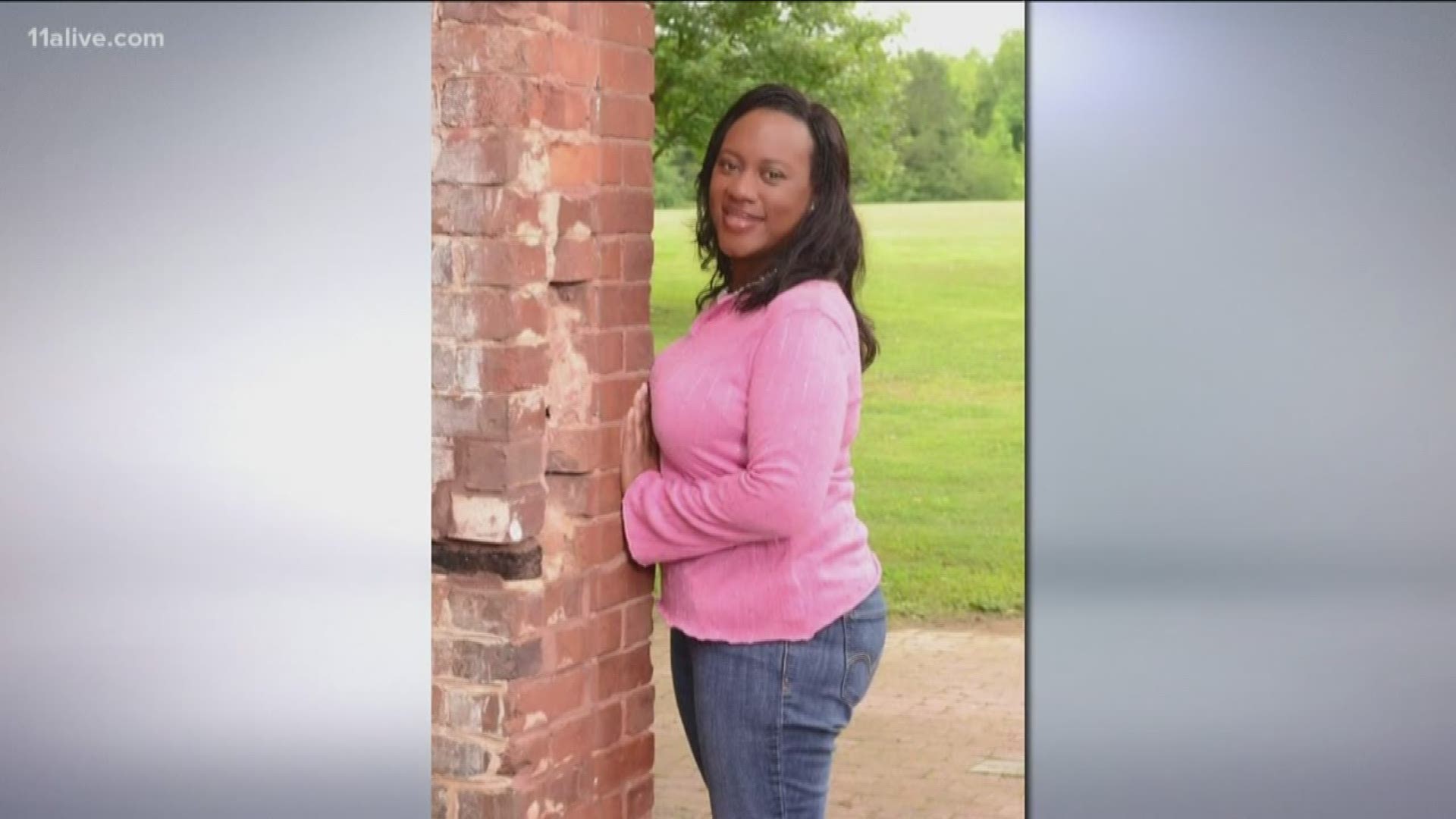 ATLANTA — Cameo Garrett was found dead by her father, Albert, on July 9. The last time he had heard from her was five days earlier, when she texted him, "Happy 4th of July."

On Tuesday, the DeKalb County Medical Examiner's Office confirmed she had Legionnaires' disease when she died.

Just about a week before her death, during the last weekend in June, she visited the Sheraton Atlanta for a conference.

Garrett died of coronary artery disease aggravated by legionella, according to DeKalb County Medical Examiner Pat Bailey. He said it’s possible that she could have died from the heart disease even without the infection, but had no chance under the additional strain of Legionnaires'.

Georgia health officials have confirmed 12 cases of Legionnaires’ stemming from the Sheraton, a widening health crisis that includes 61 probable cases. That's up from 57 probable cases about a week ago.

The Georgia Department of Public Health also confirmed one death from the outbreak on Tuesday.

According to a DeKalb County Police Department report, Garrett's 72-year-old father believed she only had issues with high blood pressure, and police said they did not find any medications in her home.

A friend of Garrett's, Terri Lewis said she had been complaining about not feeling well. She said her stomach was bothering her and that she had a fever.

"She was tired and she was moving a little bit slower than usual," Lewis said. "You could tell she was fatigued.

Lewis said she was supposed to meet friends on Saturday and didn't show up. That's when her dad and friends asked police for a wellness check.

Legionnaires' disease is a serious type of pneumonia caused by bacteria known as legionella. People can catch the disease by inhaling the bacteria in a public place. It can't be passed by skin from person to person.

The Sheraton Atlanta voluntarily closed on July 15 and is still closed. This is the first reported death tied to the Legionnaires' outbreak.

"Sheraton Atlanta continues to work closely with public health officials and environmental experts to determine if the hotel is the source of the Legionella outbreak. Testing of the property happened last week, and the hotel has voluntarily moved ahead with precautionary remedial activities while awaiting results. The health and safety of our employees and guests is our top priority. Sheraton Atlanta remains closed until at least August 11. "

Health officials continue to collect samples trying to determine the source of the illness. DPH and the Fulton County Board of Health have been reviewing hundreds of survey responses from people who were at the hotel between June 12 and July 15.

They are using the surveys to help identify people who might have fell ill and compare the activities of those who became sick and people who did not.Health officials are hoping this helps them narrow down the source of the illness.

DPH said the first set of samplers were collected on July 19 and more samples have since been collected. Testing environmental samples takes up to 14 days, and results are pending.

MORE ON THIS STORY

This is what we know about the Atlanta Sheraton's Legionnaires' concern