Respiratory illnesses on the rise in children, and not just COVID-19

Doctor offices and emergency rooms are filling up with kids suffering from Hand, Foot and Mouth Disease and other common illnesses across the Valley. 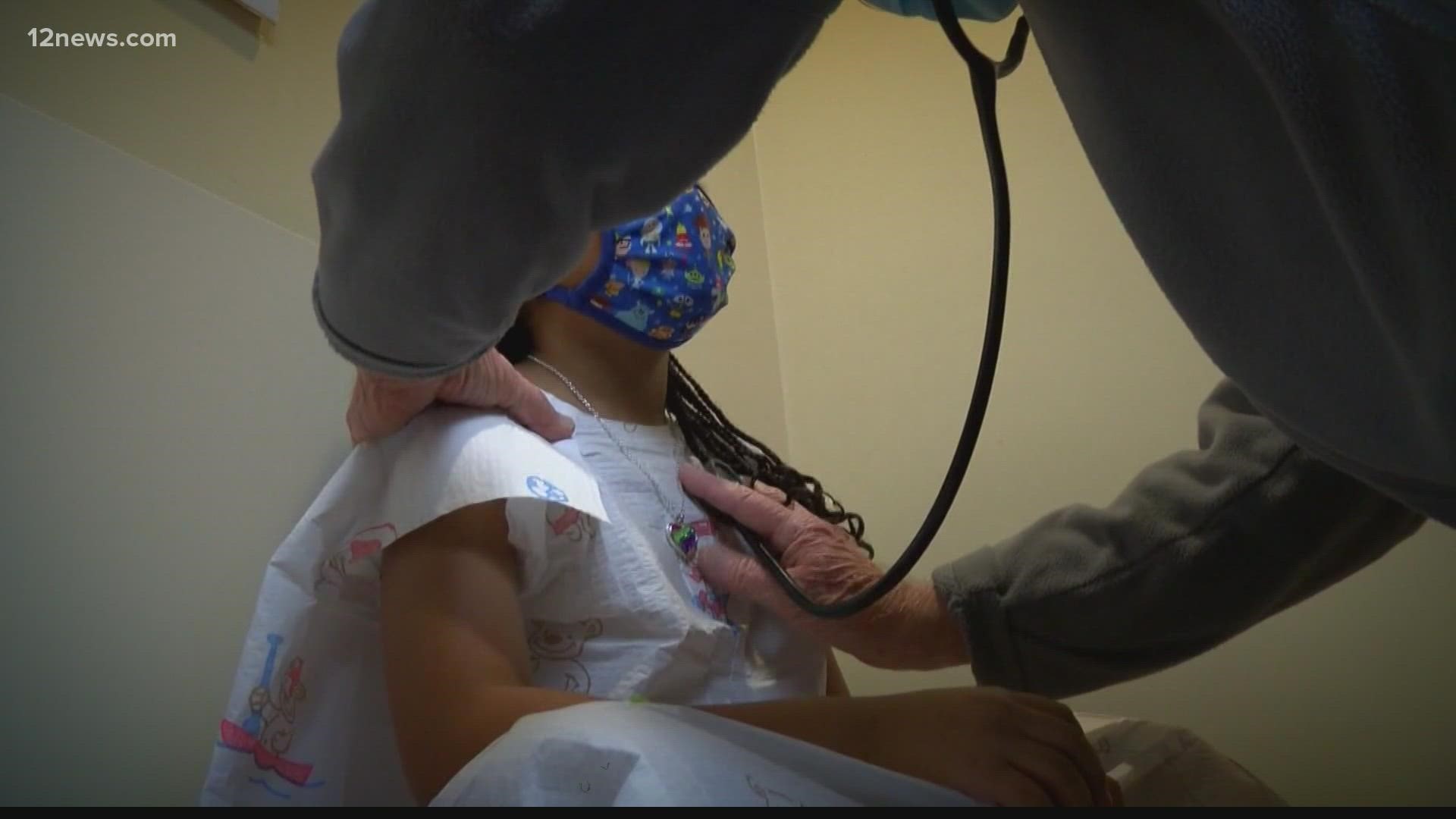 PHOENIX — Keeping kids safe at school is a top priority for both parents and staff members.

While the main attention has been COVID-19. There’s another illness called hand, foot and mouth disease, and it’s filling up doctor’s offices.

“Why are there so many kids sick? Why this sick? Why are they still waiting?” that was Alicia Baca’s reaction after taking her daughter to a packed urgent care.

“All ages crying. You can see on their little faces looking desperate for help,” said Baca.

Her daughter 3-year-old Gianna wasn’t feeling well and was getting spots on her hands and feet. Alicia eventually took her to the emergency room at a Phoenix hospital only to find they were just as busy.

“We had to wait four and a half hours to be seen by a doctor,” Baca said.

Gianna was diagnosed with hand foot and mouth disease – it’s a common illness in kids. However, this year, doctors are seeing an uptick in all respiratory illnesses compared to last year.

“All pediatricians and ERs across the country and in Phoenix are experiencing a high volume of respiratory viruses that we typically see in winter,” said Dr. Kristin Struble, a pediatrician with Camelback Pediatrics.

Struble believes efforts last year to avoid the coronavirus with little to no interaction in public places with other kids meant kids got far less sick.

Now that things have opened up, common viruses are coming back even tougher.

“With that, I truly feel their immune system fell asleep if you will. So now, all of us, our immune system has to try and be re-energized to learn how to fight these diseases,” Struble said.

Even still, Struble believes all that effort during the pandemic was necessary.

“In order for kids to stay in school at this point in time with the delta spike. They need to wear their mask. Reason being – we need them in school,” Struble said.

While Struble didn’t treat as many kids last year for hand, foot and mouth disease – she says she treated a lot of kids for weight gain and mental health issues because they weren’t in school. That’s why she advocates getting kids back in school with masks.