Oregon has distributed 226,700 vaccines and administered 55,239 of those, putting the state at 45th in the country when it comes to the vaccine usage rate. 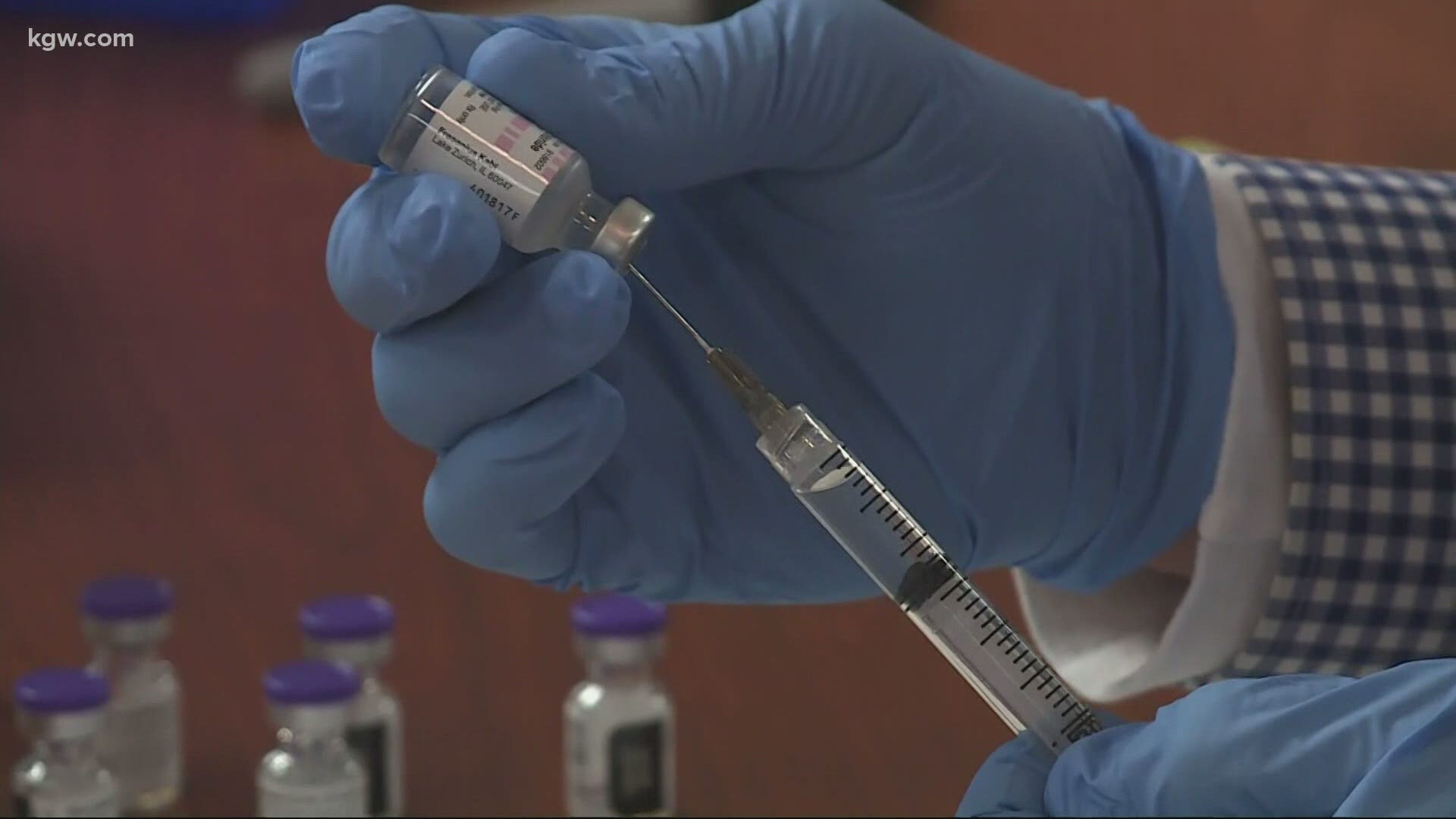 PORTLAND, Ore. — According to the latest information from the Centers for Disease Control and the Oregon Health Authority, Oregon is one of the slowest states when it comes to administering the vaccine doses in our supply.

Oregon has distributed 226,700 vaccines and administered 55,239 of those, putting the state at 45th in vaccine usage rate – the percentage of distributed vaccines that have been administered.

“By percentage of our population, Oregon has administered about the same number of vaccinations as other states, and distribution will continue to ramp up quickly. We have increased vaccinations from about 3,700 given in our first week to over 29,000 in the last week. But Oregon, like most of the country, is not moving fast enough. All states are grappling with the same logistical challenges, and while we are making steady progress, we must move even more quickly when every vaccination has the potential to save someone’s life.”

KGW crunched the numbers and found Oregon is 36th when you only factor the percentage of population vaccinated.

However, when it comes to Oregon’s rank in terms of administered vaccines compared to the number distributed, Oregon falls to 45th on the list.

KGW Investigates asked Patrick Allen with the Oregon Health Authority about the ranking during a news conference Tuesday.

An OHA spokesman later clarified the data used by KGW Investigates was correct but the state focuses on the percentage of the population vaccinated.

Gov. Kate Brown is hoping to speed up vaccinations with 12,000 a day in two weeks.

Do you have a story for Cristin Severance to investigate? Email her at call cristin@kgw.com.