The National Council on Problem Gambling is pushing Arizona to ensure resources are in place for residents who may become addicted to sports betting. 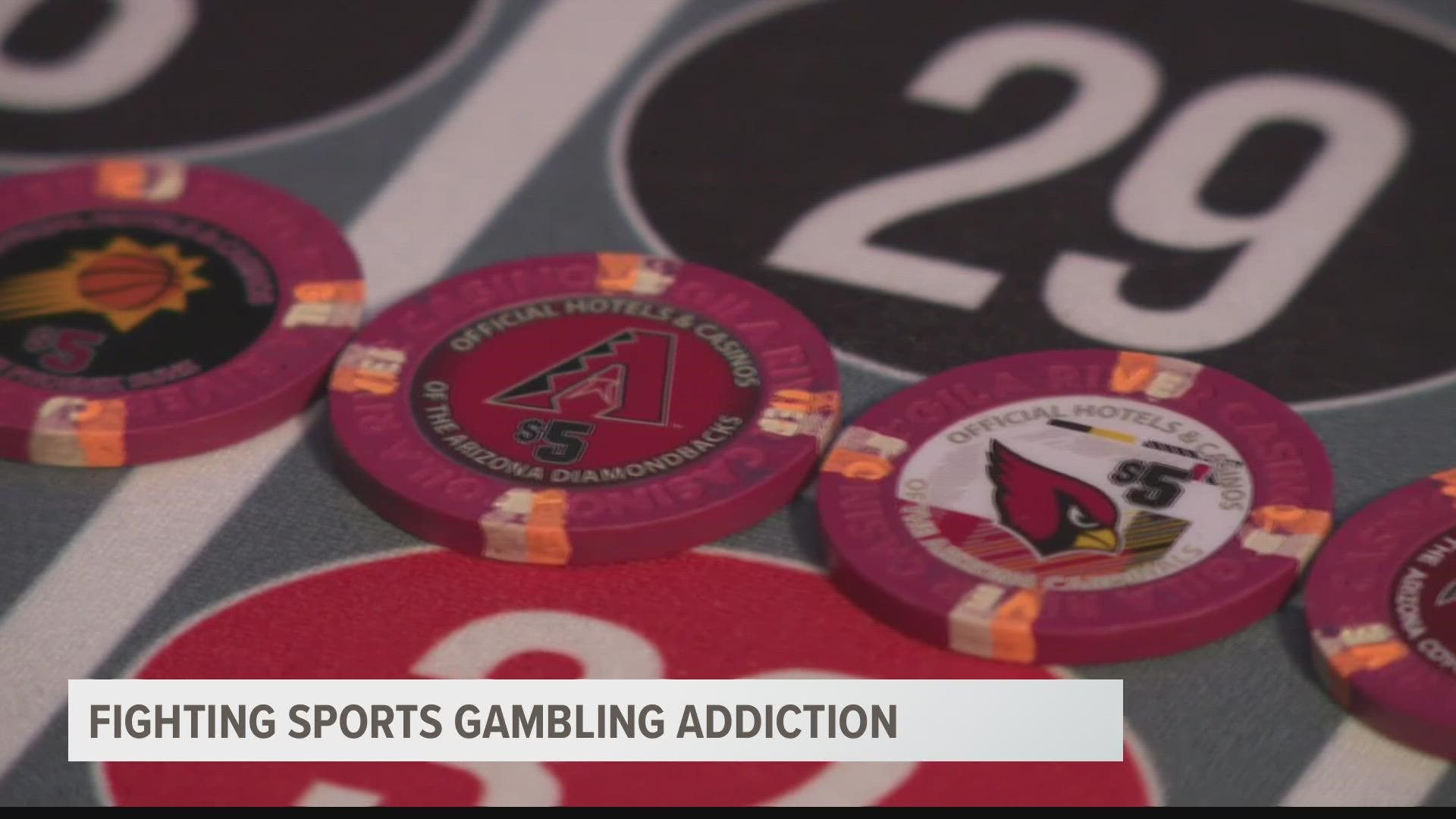 The fantasy of sports betting in Arizona is now a legal reality with sportsbooks open for fans to cash in on their favorite leagues, teams, and players. The state's first sportsbooks officially opened on the same day as the start of the NFL season.

“I think I’m going to bet on Tampa Bay given the 8.5 tonight,” said Chuck Miller outside the Caesars Sportsbook near Chase Field in downtown Phoenix.

“They have a euphoric recall, and they think, 'This is my opportunity,'” said substance abuse counselor Sue Figueroa with Phoenix's A Path to Healing.

Figueroa specializes in gambling addiction and has been in recovery herself for nearly two decades.

“Not many people seek help; they still think they can control it," said Figueroa. "They no longer have the money to continue to chase their losses. Most of them have lost their family; their friends; their assets.”

Forty-five million people are expected to place their bets on football alone this season. Figueroa said research shows about 5% of gamblers eventually develop an addiction.

So what are the signs of gambling addiction?

According to The Diagnostic and Statistical Manual of Mental Disorders, there are several warning signs to consider before a gambling addiction diagnosis is often reached.

"Persistent and recurrent problematic gambling behavior leading to clinically significant impairment or distress, as indicated by the individual exhibiting four or more symptoms of the following in a 12-month period:

- Needs to gamble with increasing amounts of money in order to achieve the desired excitement.

- Restless or irritable when attempting to cut down or stop gambling.

- Repeated unsuccessful efforts to control, cut back or stop gambling.

- After losing money gambling, often returns another day to get even.

- Lies to conceal the extent of involvement with gambling.

- Has jeopardized or lost a significant relationship, job, or career opportunity because of gambling.

- Relies on others to provide money to relieve desperate financial situations caused by gambling.

Figueroa said the commercial increase and celebration of legal sports gambling in Arizona could be possible triggers for addicts, even those in recovery.

“What is changing now by making this legal is the accessibility, the proximity, and publicity," Figueroa said. "It’s sending the message to the brain, 'This is your opportunity, you can do it now. It’s legal.'”

But advocates with the National Council on Problem Gambling are pushing for states like Arizona to do more.

"Most states that legalize sports betting, will take some of this new windfall money and put it back into treatments to prevent and treat gambling addiction," said Keith Whyte, the council's executive director. "Arizona chose not to do that.”

However, approximately $2 million from Tribal contributions annually funds addiction programs through the state's Division of Problem Gambling, which provides addicts with access to counseling as well as the ability to ban themselves from betting on sports through the department.

Figueroa would like to see advertisers include responsible messaging for sports betting that's similar to the "drink responsibly" messaging often seen with alcohol-related ads.

"At the end of each commercial, post the hotline in case they lose control," she suggested.