The Mayo Clinic study out of Arizona is the first in the nation to look at biopsies of patients with vaping-related lung injuries. 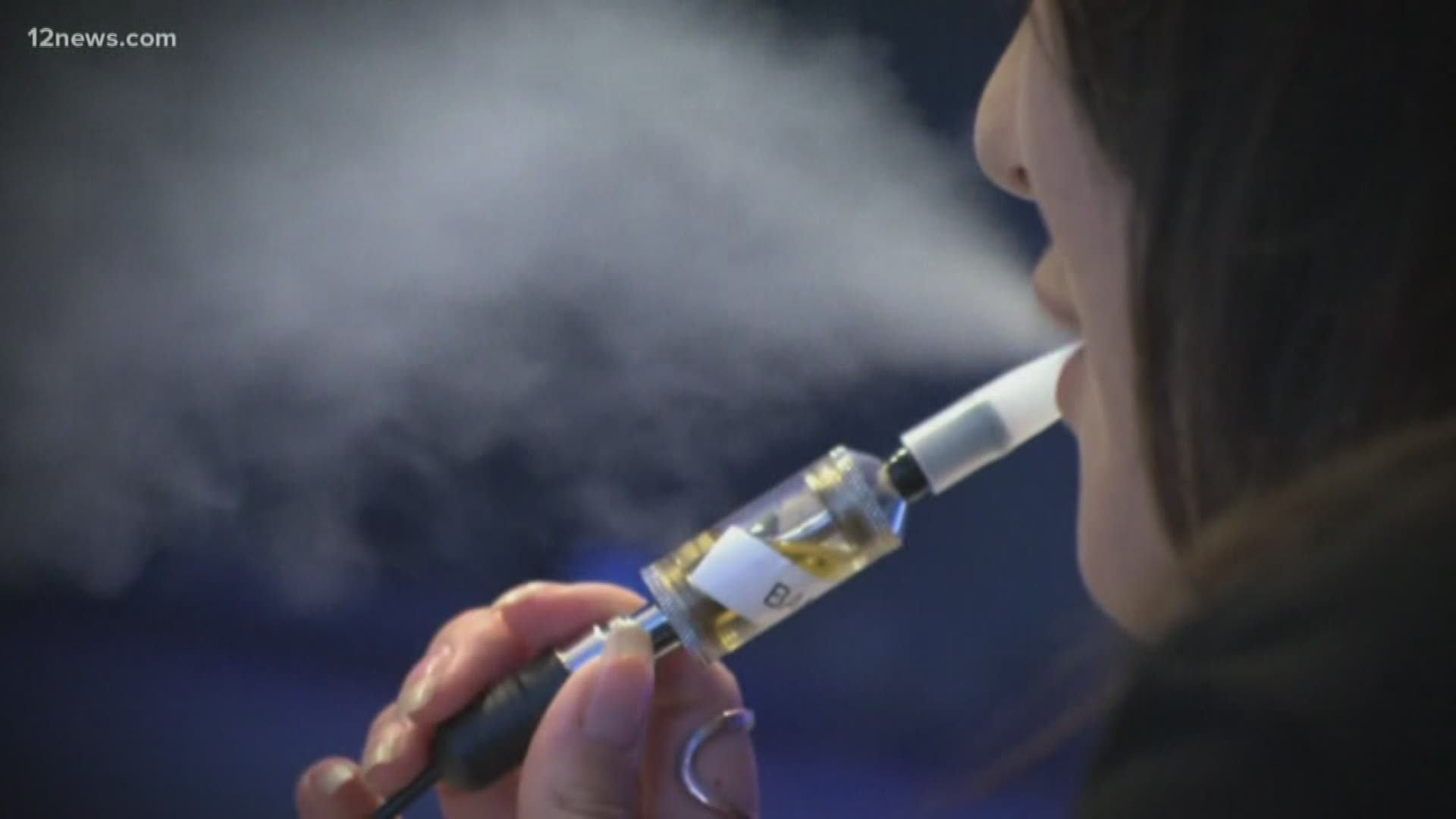 Researchers may be a step closer to figuring out what's causing the mysterious lung injury cases linked to vaping that have cropped up in the hundreds across the country.

Scientists at the Mayo Clinic in Scottsdale looked at lung biopsies from 17 patients, all who vaped, and were suspected of having vaping-associated lung injuries. Of the 17 biopsies, all had lung injuries most likely caused by "direct tissue damage from chemical fumes."

Dr. Brandon Larson, a surgical pathologist at Mayo Clinic Arizona, says the injuries in the vaping lung biopsies are unlike anything he's seen in the lungs of a cigarette or marijuana smoker.

RELATED: Goodyear just made it illegal for retailers to sell vaping products to anyone younger than 21

"What we see with these vaping cases is a kind of severe chemical injury I’ve never seen before in a tobacco smoker or a traditional marijuana smoker, but I think we’ve only seen the tip of the iceberg," said Dr. Larson.

The study didn't find any evidence of tissue damage caused by the accumulation of lipids, or fatty substances, which has been suspected as a possible cause of the vaping lung injuries.

"While we can't discount the potential role of lipids, we have not seen anything to suggest this is a problem caused by lipid accumulation in the lungs. Instead, it seems to be some kind of direct chemical injury, similar to what one might see with exposures to toxic chemical fumes, poisonous gases and toxic agents," said Dr. Larsen.

The Arizona Department of Health Services says there are seven reported cases of vaping-related lung injuries in the state. However, the number is much larger nationally.

RELATED: US vaping illness count jumps to 805, deaths rise to 13

The CDC has 1,080 confirmed and probable cases. Eighteen deaths have been confirmed in 10 states.