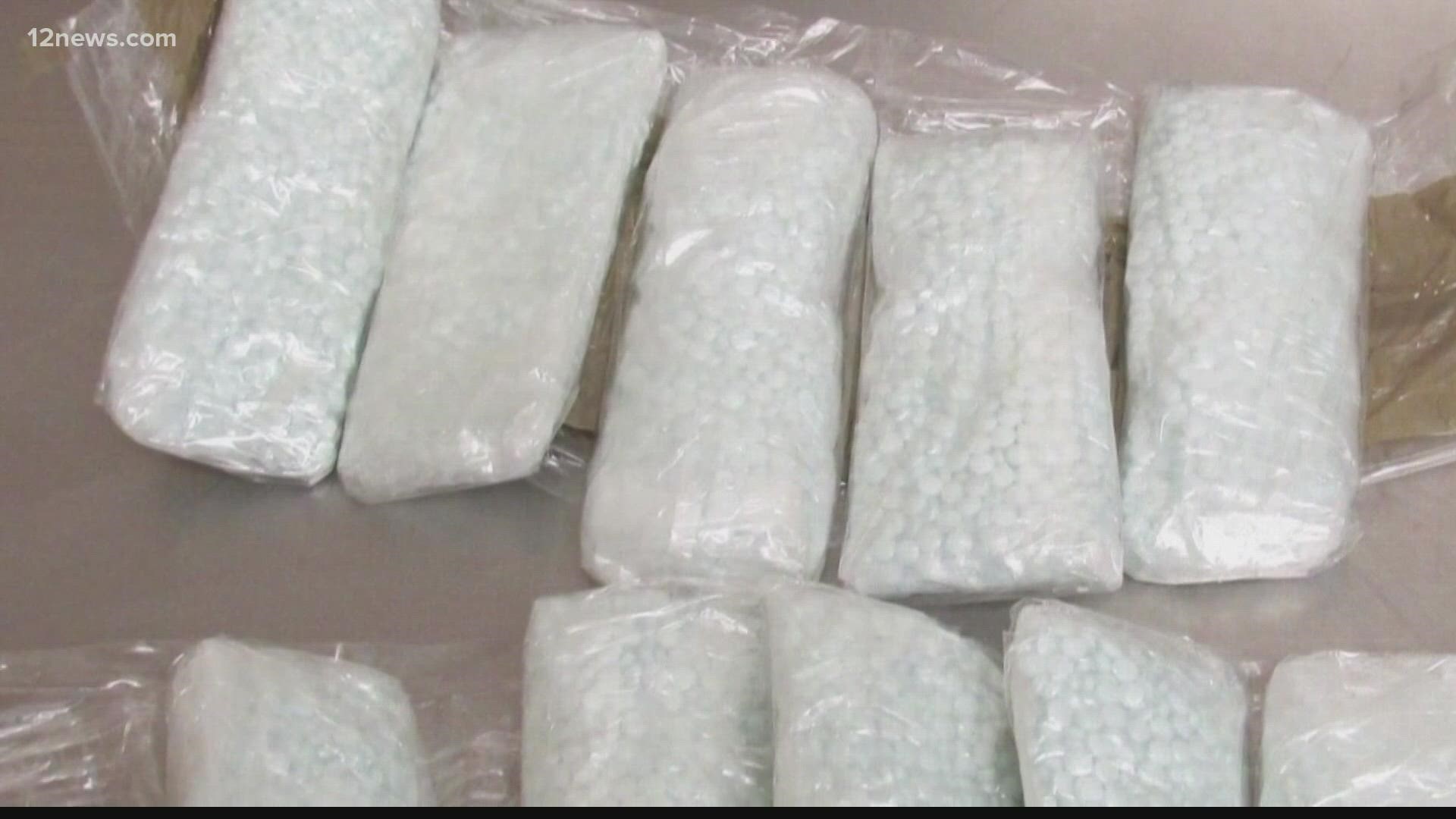 ARIZONA, USA — Editor's note: The video above is from a newscast on Sept. 27.

Just over three years ago, rapper Mac Miller was found dead in his Los Angeles home of "mixed drug toxicity" including fentanyl. The man who police say supplied the drugs that killed him was sentenced to 17 years in prison after pleading guilty.

Fentanyl has become more prevalent in those deaths over time. It is a synthetic drug designed originally for pain relief and has potency 50 to 100 times greater than morphine.

Like in Miller's case, fentanyl is being mixed in with other drugs and being sold illegally without warning. A dose as low as 2mg can be potentially lethal.

12 News has covered incidents of teens dying from a fatal dose of the opioid after purchasing the drug on social media apps like Snapchat.

RELATED: 'They are being deceived to death': Mom's plea for safety after son dies from drugs he bought on social media

The CDC compiled a list of factors that may contribute to the use of illicit drugs by teens:

The Substance Abuse and Mental Health Services Administration’s (SAMHSA) National Helpline may be able to help. You can call them at 1-800-662-HELP (4357).