With far fewer crowds, Sunday in Atlanta a stark contrast to previous day

Crowds of hundreds were gone and replaced with much smaller groups across the city in just 24 hours. 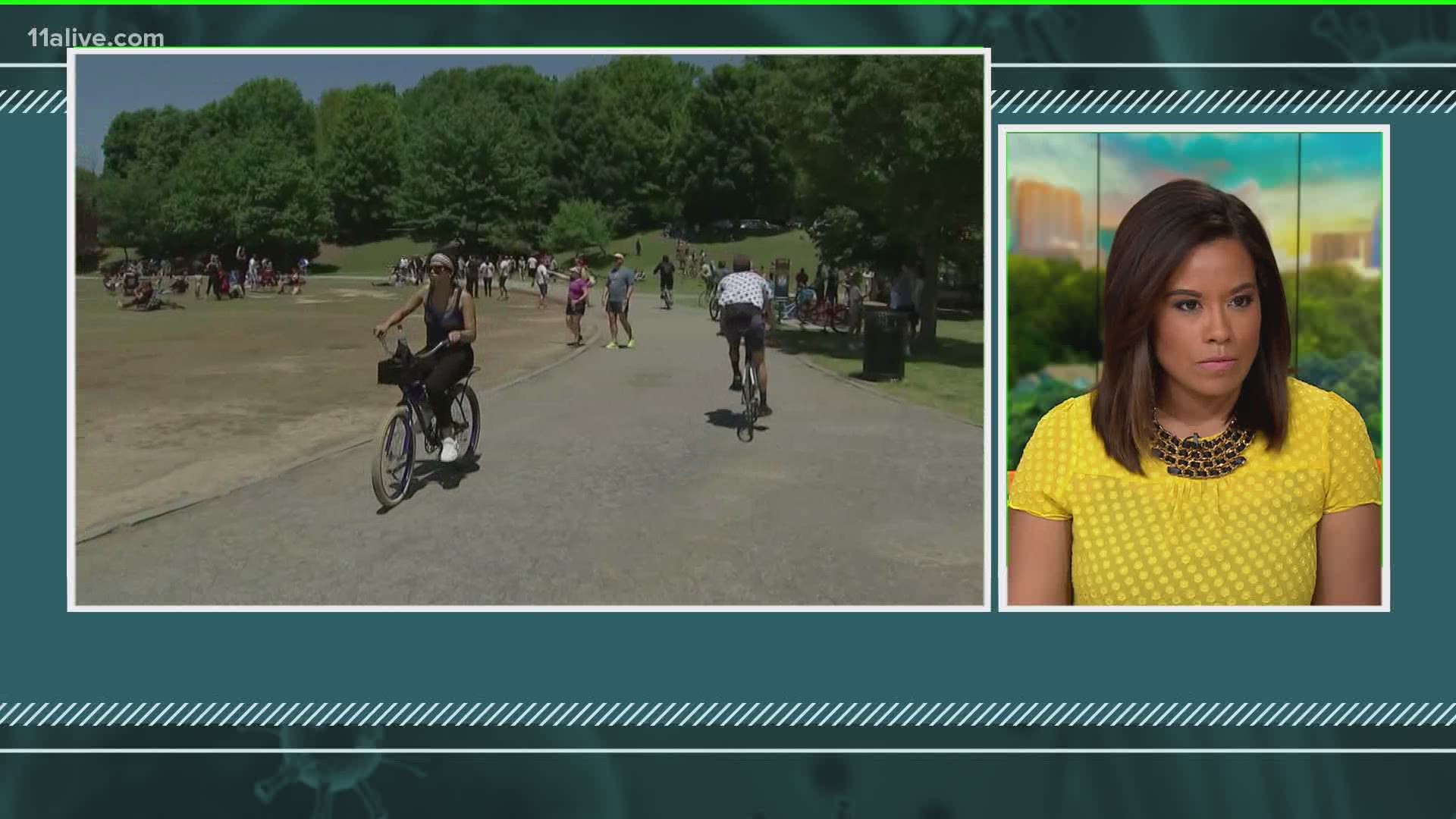 ATLANTA — Crowded scenes across Atlanta on Saturday raised questions about how social distancing will happen – or possibly even be enforced – after the end of Georgia’s shelter-in-place order.

People in a packed Piedmont Park showed little or no signs of social distancing or masks on Saturday and the release of the new Air Jordans drew many to Greenbriar Mall where, again, safety measures appeared absent.

Sunday, though, was a different story. A look at Centennial Park showed what appeared to be significantly smaller and more spaced-out groups.

But signs remain that remind the public about social distancing and police nearby.

It’s a significant change in a large city – and it happened in just 24 hours. Georgia is one of 34 states that have either lifted restrictions or have started scaling back.

“I'm urging Georgians to continue to stay home whenever possible,” he said. “The fight is far from over.”

On Twitter, the City of Atlanta tweeted a flyer reminding people of the social distancing guidelines. As for how that will be handled moving forward, 11alive asked law enforcement across the metro how they planned to reinforce any of the guidelines.

New COVID-19 cases, fatalities fall over 24-hour period; too soon to say it's a trend