WHO chief scientist sees no coronavirus herd immunity yet

Herd immunity is usually achieved through vaccination and occurs when most of a population is immune to a disease, blocking its continued spread. 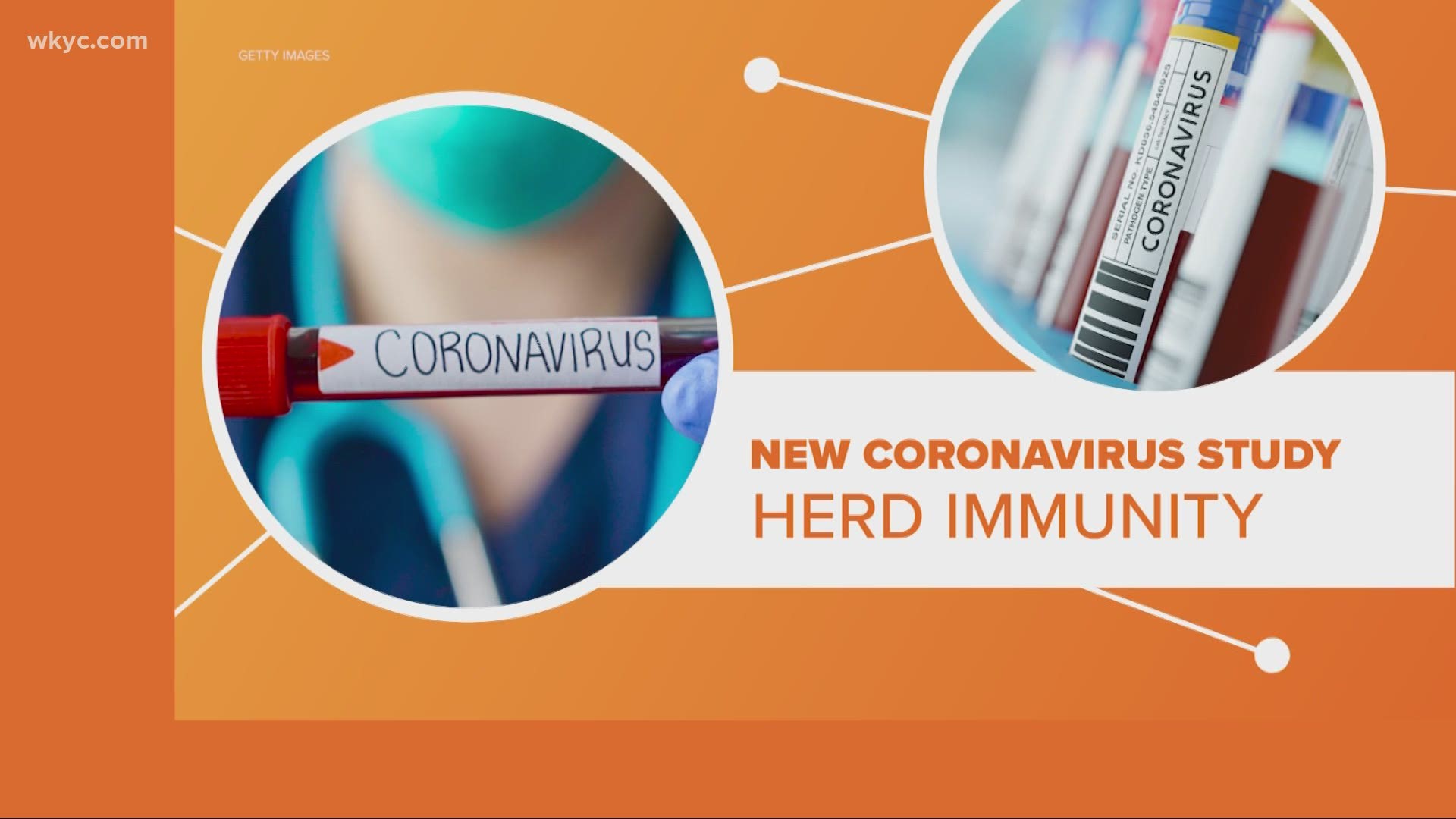 LONDON, UK — The chief scientist at the World Health Organization estimates that about 50% to 60% of the population will need to be immune to the coronavirus for there to be any protective “herd immunity” effect.

Herd immunity is usually achieved through vaccination and occurs when most of a population is immune to a disease, blocking its continued spread.

During a social media event on Friday, Dr. Soumya Swaminathan said that studies done from some countries hit hard by COVID-19 show that about 5% to 10% of people now have antibodies, though in some countries, it has been as high as 20%.

She says: “As there are waves of this infection going through countries, people are going to develop antibodies and those people will hopefully be immune for sometime so they will also act as barriers and brakes to the spread."

Other experts have estimated that as much as 70% to 80% of the population need to have antibodies before there is any herd immunity effect.

RELATED: Herd immunity: Is it the answer to stopping the spread of COVID-19?

In the pandemic’s earlier stages, countries including Britain proposed achieving herd immunity as an outbreak response strategy. But Swaminathan pointed out that achieving this effect with a vaccine is much safer than letting the virus rip through the population.

She says that to achieve herd immunity through natural infection, you need to have several waves and you will see the morbidity and mortality that we see now.

Credit: AP
Dozens of passengers from various countries queue at the Centogene test center for a Covid-19 test at the airport in Frankfurt, Germany, Friday, July 24, 2020. (AP Photo/Michael Probst)

The United States has more than 4 million confirmed cases of COVID-19, according to statistics from Johns Hopkins University.