As the number of COVID patients in Arizona hospitals reach highs not seen in six months, nurses say the third wave is tougher. 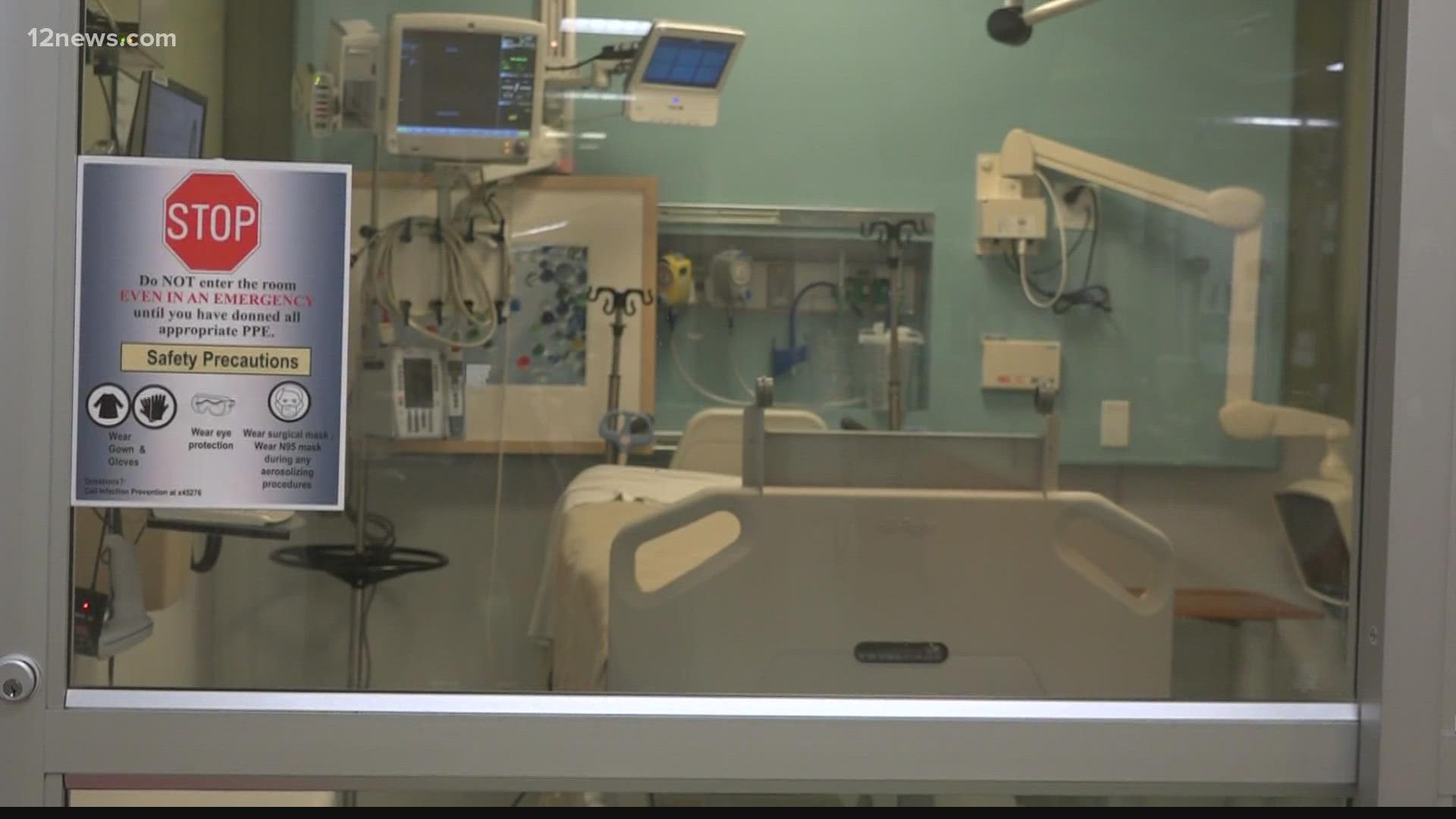 On Tuesday, the Arizona Department of Health Services reported almost 2,000 people are in Arizona hospitals fighting COVID-19, and about a quarter of those patients are in the intensive care unit.

It’s a high the state hasn’t reported since mid-February as the winter surge was going back down. Valley nurses said this third surge is bringing different challenges.

Hospitals take care of those sickest with COVID-19 and are starting to reach inpatient counts seen during the last two surges of COVID-19 in Arizona.

Prescott has been working in the ICU throughout the entire pandemic and said she did not expect to see this third wave of COVID that's being driven by the delta variant.

“I honestly think all of us thought this last wave, we were like, ‘Oh, we’re finally out of it, we’re finally done, we can go living life again,” Prescott said. “And then it was like one day I left work and the next day I come back and the unit’s over half full.”

It’s what Neva Hardy, an ICU nurse who works at a different Valley hospital, has noticed too.

“We're pretty much back to being full everywhere,” Hardy said.

Hardy said she had hoped a third wave wouldn’t come but had feared that it might.

“We all hoped it wouldn't. I even remember saying at the end of the second wave, I was like, ‘I don't know if I have a third wave in me.’ And yet, here we are, again,” Hardy said.

Both Prescott and Hardy said most of the patients they’re seeing are unvaccinated.

Prescott said some patients have come in through her ICU with one of their COVID shots, but not both needed to be fully vaccinated with Pfizer and Moderna’s COVID-19 shots.

“I feel like our patients are a lot more critical a lot more sick faster than the first and second round,” Prescott said.

Prescott said she had a 24-year-old woman die of COVID on Sunday.

“Before we even got the chance to get her out to that facility, her heart just stopped and we spent two hours trying to get her back,” Prescott said. “It just wasn’t - she was 24. No underlying health conditions, just COVID. And it attacked her heart and lungs and just took over.”

Being an ICU nurse entails helping people get better when they’re at their sickest, however, Hardy said with COVID, it’s rare that she has a patient leave the ICU.

“Unfortunately, more often than not, they’re not leaving the ICU. They’re passing away and having to have them say goodby and not having their family be able to be there,” Hardy said.

Hardy said part of her job becomes arranging a video call for the family to say goodbye to the patient.

“It doesn’t get easier the more times you do it. It gets harder and it gets sadder. And it’s even more difficult as the patients get younger because they’re leaving behind young children, futures, careers, all those things,” Hardy said.

The reality is, there is no cure for COVID-19 right now.

The vaccines help keep people from getting seriously sick and dying but aren’t a cure.

Prescott said some of the help healthcare workers try to provide patients isn’t working as it had in the past.

“We have a couple of patients in here that we’ve literally done everything that we possibly can and done more than what we would normally do and it’s just not helping,” Prescott said.

“Things that we did before in the first and second wave are not helping this round. I think the doctors and everyone are just like at a loss. Like, ‘What else is there? What else am I missing? What else can we do?”

Both Hardy and Prescott said while they don’t want to force anyone to do get vaccinated, they asked people consider it if they haven’t gotten their shots.

Hardy said the best tool against COVID is the vaccine.

“I would just really pled with people to do the research,” Hardy said.