“When I first heard the news, I broke down and cried,” fellow DJ Kid Corona said. 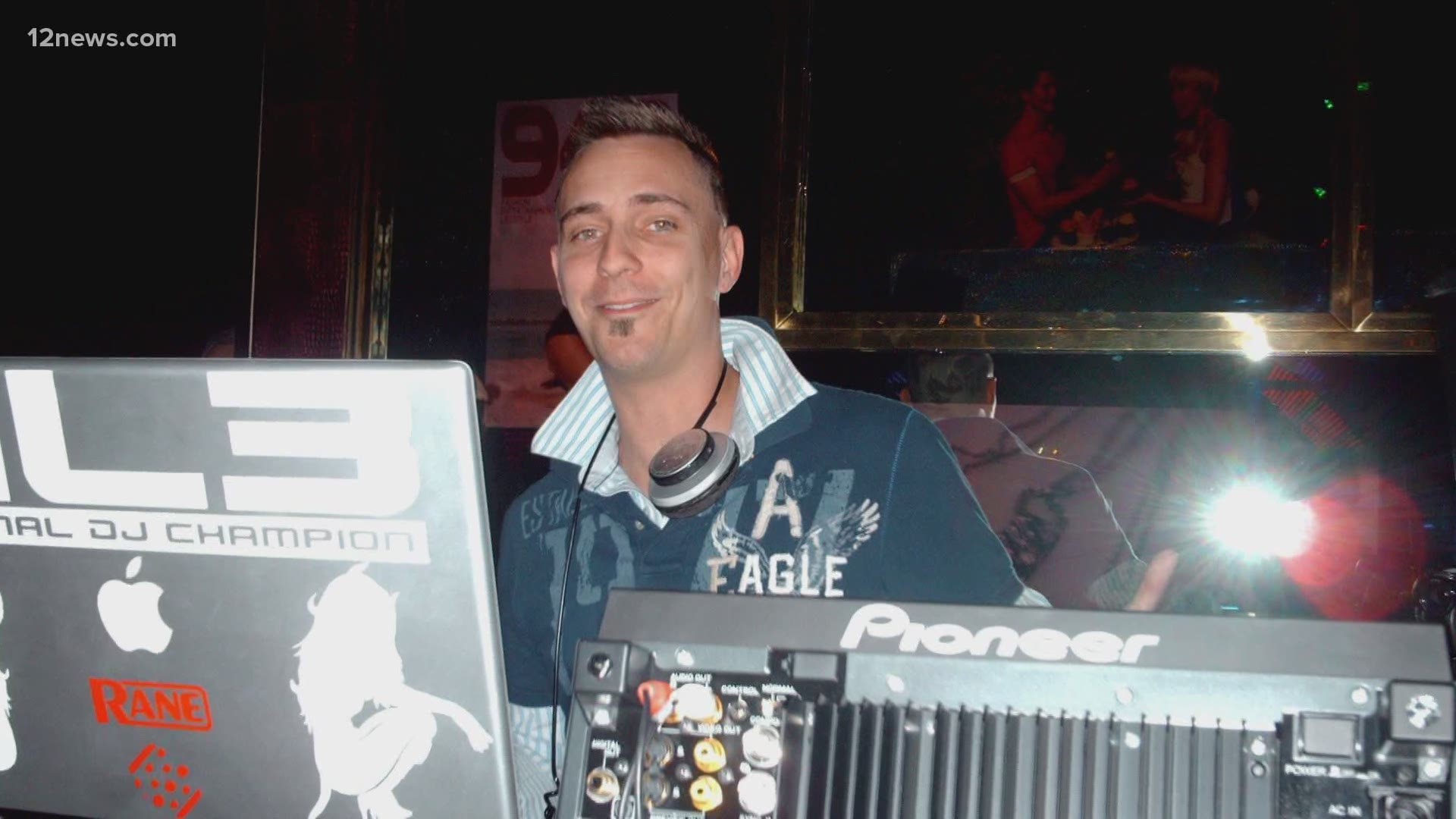 PHOENIX — A Valley D.J. is in the Intensive Care Unit at a local hospital fighting for his life from the effects of Covid-19.

Kris Steel, as he’s known around the music venues of the Phoenix area, started complaining of difficulty breathing, and before his friends knew it, was in the hospital with a grim prognosis.

“He texted me back and said ‘I apologize, brother. I’m at the doctor’s office.  I’m feeling sick, I’m having a hard time breathing',’” fellow DJ and longtime friend Albert Lineses, AKA DJ AL3, said.

The DJ community is tight-knit in the Valley, most DJs know and work with each other.  It didn’t take long before word spread from DJ to DJ that their friend was not doing well.

“When I first heard the news, I broke down and cried,” fellow DJ Kid Corona said.

Corona and Steel worked at 107.9 KMLE for a few years where their friendship was forged.

“I’m a little bit shocked because he’s been relatively healthy,” Corona said. “He works out- I mean he was the guy carrying a protein shake to the night club and his DJ booth. Instead of drinking alcohol, he’s drinking protein shakes.”

Anyone who knew Steel would think that he would be one of the last people to be affected this harshly by the virus, due to a lack of any known underlying issues and his healthy lifestyle.

Credit: 12 News
A picture of Kris “DJ Steel” from his earlier days helping other Valley DJs sort through vinyl records.

“The first time I met Steel, we were working at a club called Tribeca,” remembered DJ AL3.

The two had become close friends when Steel was just starting out on the scene in the late 90s.  Linese believes Steel may have had to fudge his age a bit to get in the clubs.

“We’ve been friends for the past 24 years,” Linese said. “I always call him my little brother.”

Linese, or DJ AL3, dedicated his Sunday Night Slow Jams on Twitch to DJ Steel, with hundreds of likes and get-well messages for Steel.

Both DJ AL3 and Kid Corona always took COVID-19 seriously but have not known anyone personally affected by the disease until now.

“We have to do this for one another because this isn’t affecting just one segment of society; this is affecting the entire world,” Linese said.

Corona echoed those sentiments, saying now is the time to act.

Steel’s friends say he is in the ICU, but his exact condition is not known.  They ask that everybody keep Steel and his family in their thoughts and prayers.

Steel also worked as a DJ for Riot Entertainment Group at its Whiskey Row locations, most recently the one in Gilbert. He also worked at his shop, Fast Fix Auto Repair in Mesa.