Many of these businesses aren’t closed, instead, they're shifting to takeout-only or curbside delivery.

PHOENIX — Emergency orders across Arizona have forced almost all bars and restaurants to change business operations.

But many of these businesses aren’t closed, instead, they're shifting to takeout-only or curbside delivery. Delivery apps like Uber Eats have also waived delivery fees to support local businesses during the coronavirus outbreak, and restaurant owners say it’s much needed.

"The financial impact that this has on our community is going to be felt for a very, very long time," said Tim Vasquez.

Vasquez would know. He co-owns Someburros, a second-generation family business that first opened in South Phoenix back in 1972.

Over the years the business slowly grew to nine locations. But now -- in the midst of a pandemic, his business, is on the brink of closing down.

"There's a lot of my friends that own businesses, that own restaurants, that are never going to recover from this. And I'm heartbroken for them. And we might be one of those. We're trying our best just to stay afloat," Tim said.

“Chains and franchises have an ability to withstand this sort of crisis better than a small mom and pop store,” Carla Logan explained, the owner of Carly’s.

“The margins are tight,” Lyn Yee said, owner of Blue Fin. “We’re family-owned and operated, so if I don’t get paid at least I can pay my employees can and I’ll live off saving for a while.”

Right now Tim says he is breaking even at best, and he's one of the "lucky" ones because he has an already established takeout business.

Nonetheless, he has had to strategically cut hours to protect employees who are providing for families.

"As owners, my family, my sisters, my parents and I all decided that you know we're going to stay open. We may lose money as owners. But we want to keep people employed."

In addition to everything, Tim says the inability for lawmakers on Capitol Hill to reach a relief deal is making matters tougher.

"Because there might be a time where it's better for us to layoff some employees, so they can go get unemployment."

Tim is not alone. A number of businesses have reached out to Team 12's Matt Yurus over social media.

All sharing a similar message -- the battle against the virus is not the only one being waged.

“I believe the community is going to rally around small businesses as best as they can, and I think we’ll weather this storm,” said Adam Miszuk, who is the general manager of The Theodore. 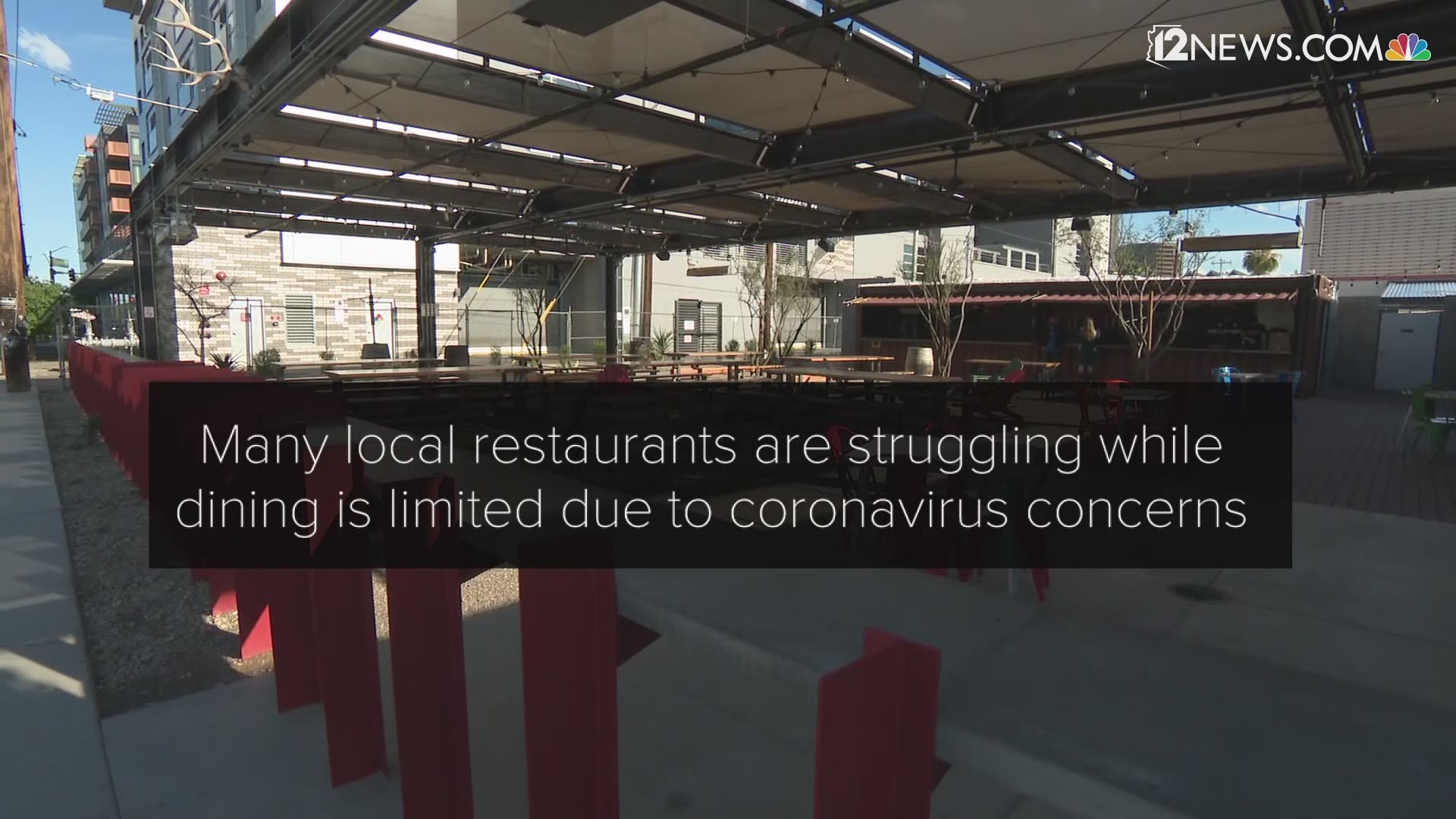 Here are some of the restaurants participating in Take-Out Tuesday:

This is not a comprehensive list. Call your favorite restaurants to know how they’ve adjusted operations.

Email: iriner@12news.com if you want your restaurant featured.