'I've run out of tears': Arizona man has lost 5 family members to COVID-19, calls for Gov. Ducey to take action

“How many more people got to die before he does something about it?" Ricardo Aguirre said. 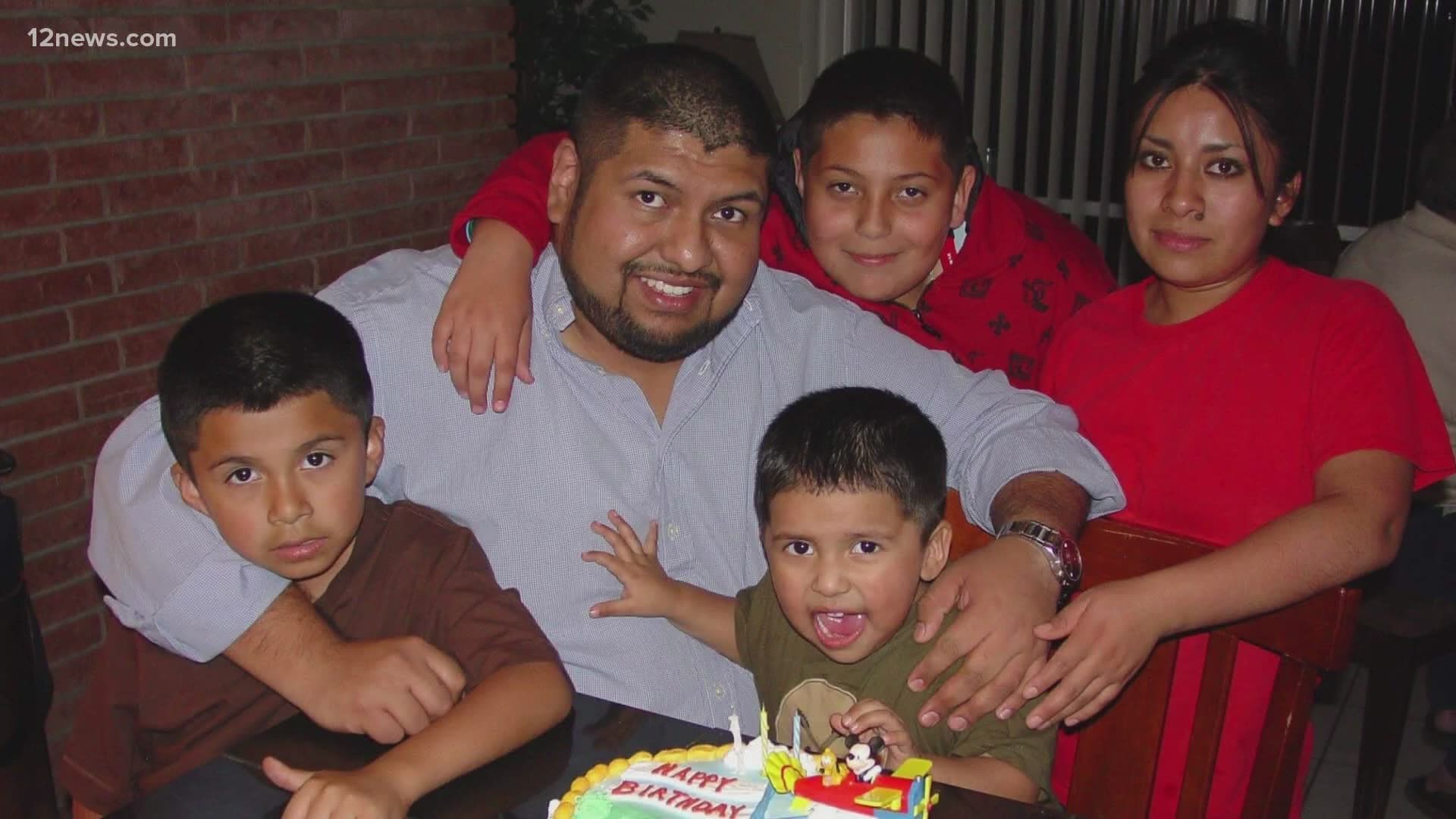 PHOENIX — As Arizona has been experiencing a surge in the number of COVID-19 cases, a Valley man says his family has been especially impacted by the virus.

Aguirre says one family member after another has been infected.

“Some people just don’t get it this is real. Five family members have died. Myself, my wife, my kids, my brothers, have all tested positive. How many more people have to die?” Aguirre said.

He says the fight has taken a toll both emotionally and physically.

“I had a heart attack three years ago and it was painful. But this was 10 times more painful,” Aguirre said. “When I was in the hospital the two things that were constant were the chest pain, shortness of breath and the backache.”

Aguirre said his mom and dad are both still in the hospital trying to recover.

He’s frustrated with Gov. Doug Ducey and is concerned over the surge in the coronavirus cases and the status of hospital capacity.

“He’s not wearing a face mask. When you’re a great leader, you lead by example,” Aguirre said.

Aguirre is also asking others to think twice as Arizona reopens.

“Is it really worth losing your life over a day of party? Going out to the lake?... Even going out to a restaurant? It’s just not worth it,” Aguirre said.

RELATED: 'No doubt about it': Coronavirus rebounding in Arizona. Did state reopen too soon?

RELATED: Here is everything you need to know about coronavirus in Arizona on June 12

RELATED: Coronavirus death toll in US could reach 200,000 by September, expert says