In 2019, pro-life protestors outside of Acacia Women’s Center captured Dr. Ronald Yunis leaving the facility on camera when he allegedly pointed a gun at them. 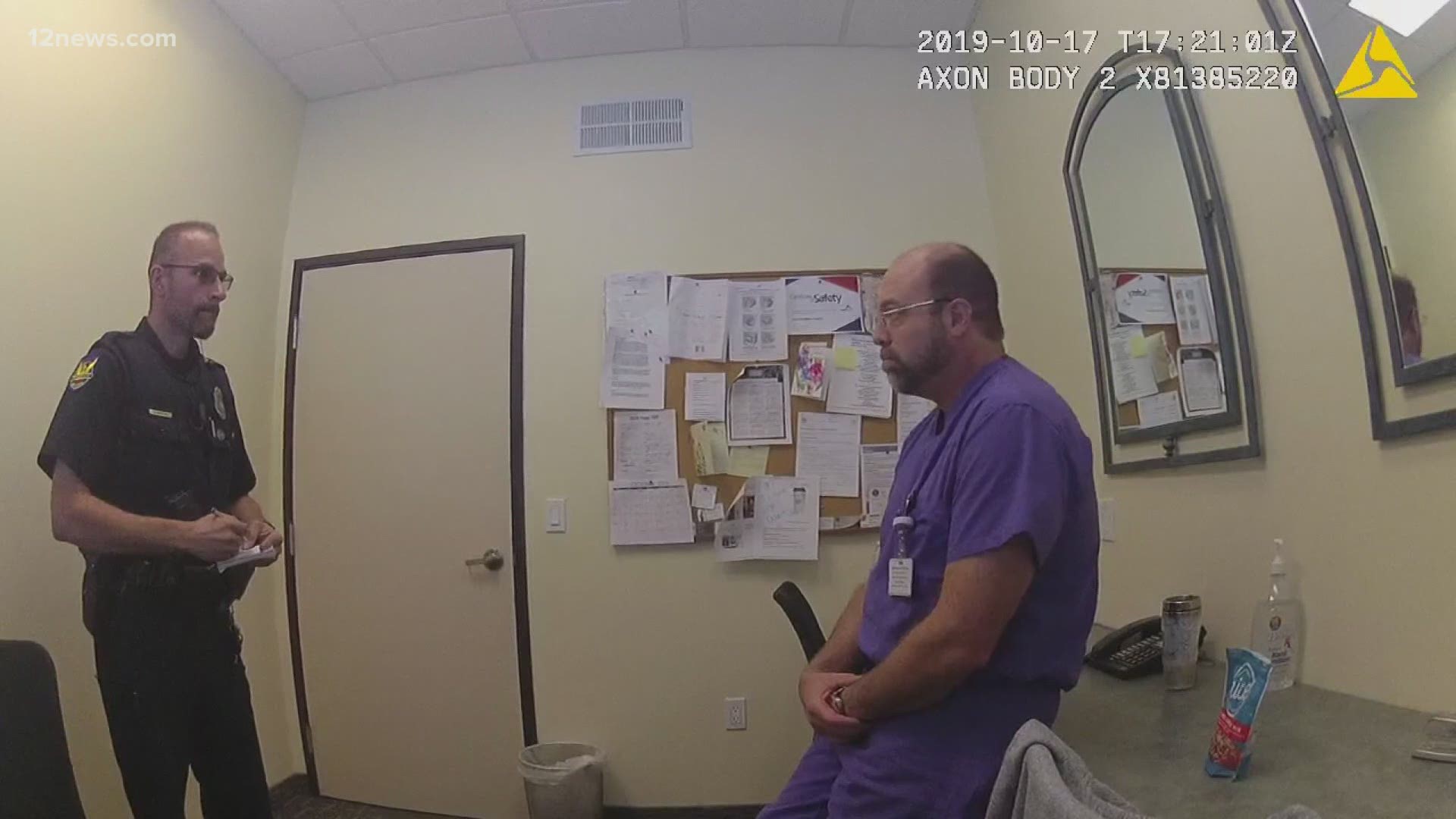 PHOENIX — New video has been released in the case of a Valley doctor accused of pulling a gun on a group of protestors outside of a women’s clinic in Phoenix.

Back in October 2019, pro-life protestors outside of Acacia Women’s Center captured Dr. Ronald Yunis leaving the facility on camera, when he allegedly points a gun at them.

Now body camera footage has been released to 12 News by Phoenix Police. In the footage, Yunis’ initial interview with officers is captured.

Yunis tells police during the interview inside the clinic that he has a concealed carry permit and denies pulling a gun or bringing one to the clinic.

“Is that accurate?,” An officer asks Yunis.

“No,” Yunis replied in the footage.

“Did you pull something on anyone out here?” The officer asked.
“Nothing, nothing, my finger, basically, every once in a while,” Yunis is heard replying.

“Did that happen on Thursday?” The officer asked.

“Sometimes I do that, sometimes I don’t,” Yunis replied. “Depends on what they’re doing.”

In the body camera video, Yunis tells police protestors have become more “aggressive” outside of the clinic and accuses the protestors of lying.

“I’m sure you guys know that these guys are making stuff up,” Yunis said.

The next day officers arrest Yunis after a traffic stop in front of St. Joseph’s Hospital.

“Is this about brandishing?,” Yunis asks an officer.

“Well, there’s a detective that wants to speak to you about an incident,” The officer is heard replying.

Yunis did later tell officers there was a gun in his car while officers discussed the need to tow the car from the parking lot.

12 News contacted Yunis and his attorney who declined to comment on the case referring us to documents filed in court.

Currently, Yunis is facing one count of disorderly conduct designated as a dangerous offense. If convicted, Yunis would face prison time.

However, Yunis’ attorney has filed a motion asking the case to be sent back to a grand jury. In the document, he claims the previous grand jury was not conducted correctly.

The prosecutor with the Maricopa County Attorney’s Office disagreed in a response to the motion.

As it stands now the case is set to go to trial in February.