The United States has now surpassed 25 million confirmed cases of COVID-19 since the country began fighting the pandemic. 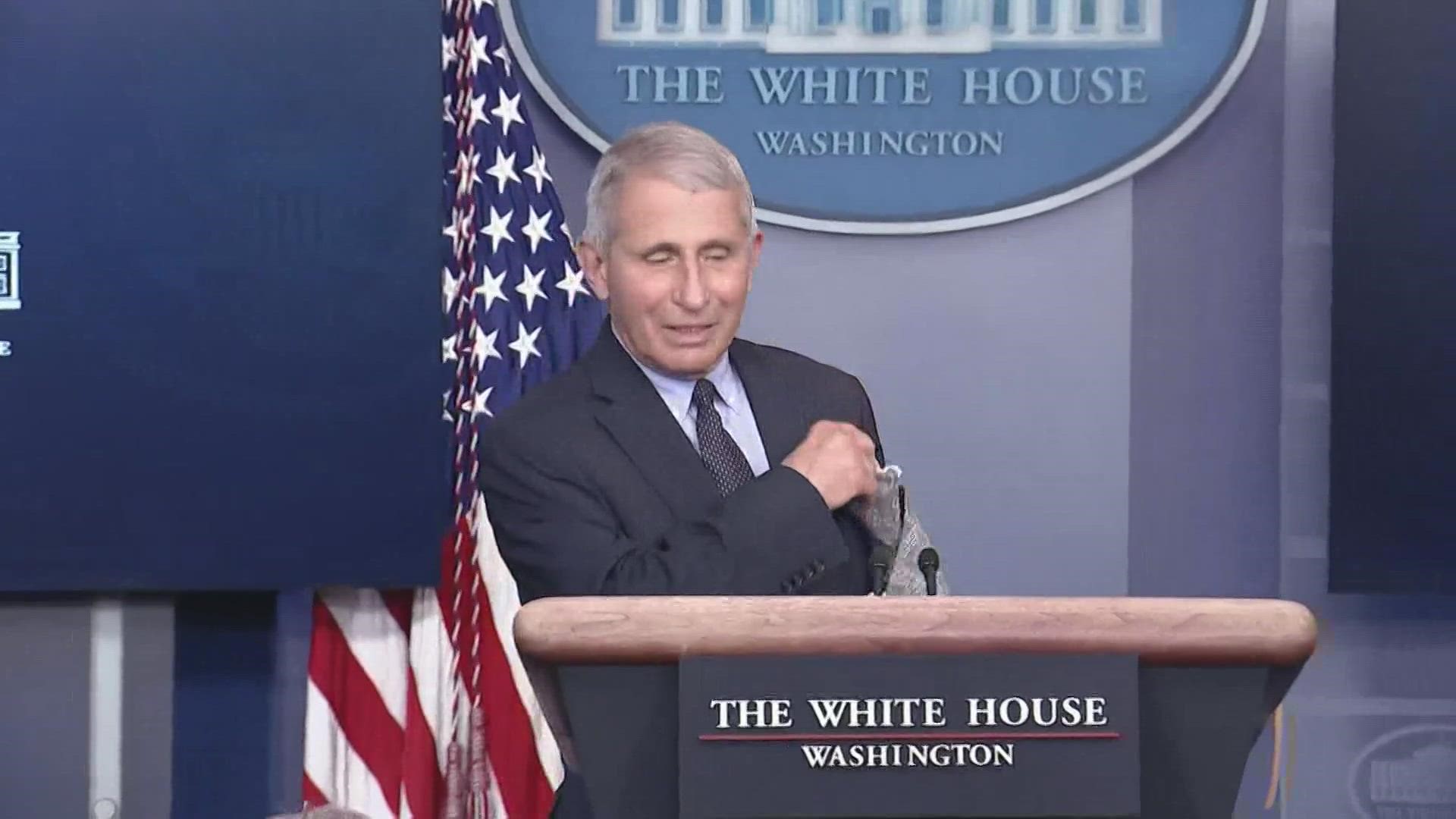 Dr. Anthony Fauci said Sunday that President Joe Biden’s goal of administering 100 million coronavirus vaccinations in the first 100 days actually means about 67 million Americans should be protected from COVID-19 during that time.

Fauci maintained that goal could be difficult to meet even though the U.S. recently has been able to administer shots to about a million people a day. He explained that it will be harder to reach people once shots are given outside hospital and nursing home settings.

Fauci also told CBS’ “Face the Nation” that he supports a national commission to understand some of the problems in coordinating a COVID-19 response on the local level because states shouldn’t just be told, “You’re on your own.”

Ron Klain, Biden’s chief of staff, called the 100 million shots in 100 days “a very bold and ambitious goal.” He told NBC’s “Meet the Press” that it won’t stop the administration from aiming higher if doable.

And in an alarming claim, Dr. Deborah Birx, with whom Fauci worked alongside in the Trump administration's White House Coronavirus Task Force, alleges that someone inside the administration, "was creating a parallel set of data and graphics that were shown to the president." Birx went on to say in a clip from the show that she saw then-President Donald Trump "presenting graphs" she says she "never made."

Dr. Deborah Birx on #Covid19 #disinformation inside the #Trump White House: “I saw the president presenting graphs that I never made” she tells @margbrennan

Klain said Sunday that the Trump administration didn't really have a distribution plan to get vaccines out to the American public, Reuters reports.

He told "Meet the Press" Sunday, "the process to distribute the vaccine, particularly outside of nursing homes and hospitals out into the community as a whole, did not really exist when we came into the White House."

CNBC reported Klain said that it is currently not possible for states to purchase COVID-19 vaccines directly from manufacturers. Some have sought to do so under the emergency use authorization which was issued by the Food and Drug Administration.

“As a matter of law, this vaccine is under an emergency use authorization,” Klain said on "Meet the Press," going on to say that he doesn't "think that’s possible," when asked if states can purchase the vaccine directly from manufacturers.

Biden’s nominee to be health secretary has expressed his own frustration about long lines for vaccinations and canceled appointments as local officials run out of the vaccines. Many Americans are facing difficulty having to figure out where they stand in the waiting line to even qualify to get the inoculation.

Becerra said he can’t offer a timeline for when all Americans who want the vaccine will be able to get one.

"Once we’re in, in the house, taking care of business, we’ll be able to give more precision," Becerra said. "But you got to give us a chance to figure out what’s going on in the cockpit, that’s causing this plane to nosedive so severely."